As the U.S. shuts down, Walmart steps up | Ad Age
Skip to main content

As the U.S. shuts down, Walmart steps up 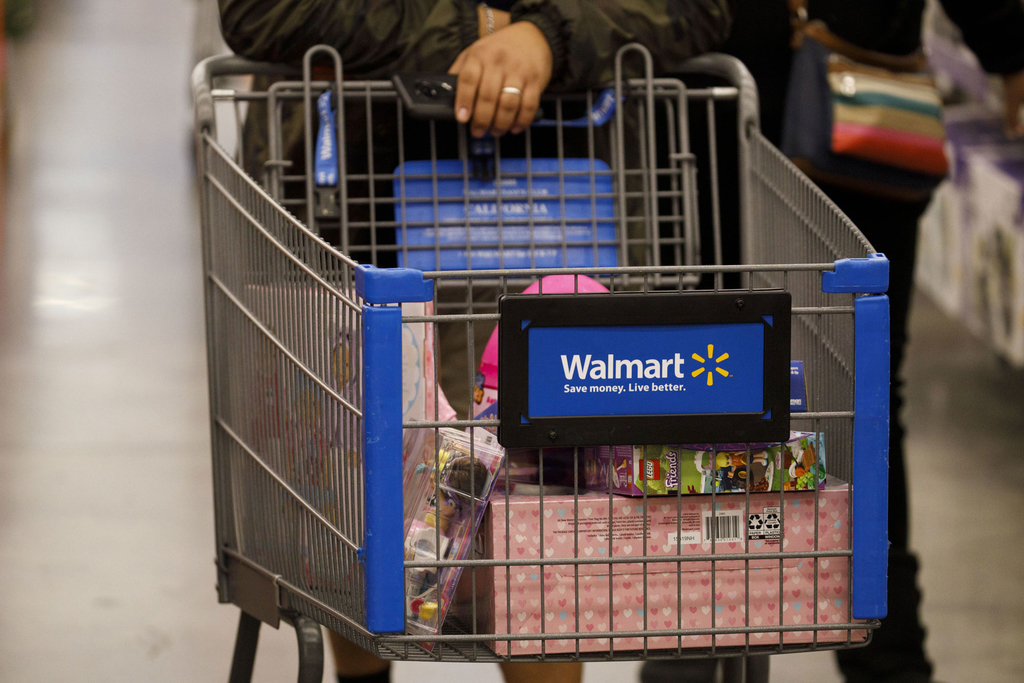 With anxious shoppers hoarding everyday goods and non-essential stores shuttered, the coronavirus pandemic presents a never-before-seen crisis for American retailers. Walmart Inc. appears better prepared to deal with it than its peers.

Hefty investment in e-commerce, health care and its 1.5-million strong workforce have the world’s largest retailer poised to supply large swaths of the nation as governments and other businesses grapple to respond to the unprecedented threat. Rival Amazon.com Inc. stands to benefit as well, but Walmart can leverage its store network and clout with suppliers to gain a leg up.

Even so, the challenge of stocking the nation amid a run on essential goods will be a stern test, even for an operation on Walmart’s scale.

“Walmart prides itself on crisis management and really is at its best when it can help solve a giant problem,” said Brandon Fletcher, an analyst at Sanford Bernstein.

After Hurricane Katrina ravaged New Orleans, Walmart’s truckers shuttled bottled water, diapers and socks to displaced residents -- often before the Federal Emergency Management Agency showed up. When the Great Recession crimped consumer spending, Walmart’s low prices and wide assortment made it ideal for those trading down and cocooning at home.

“Like prior failures of the federal government in Katrina, Walmart is ready to act,” Fletcher said. “What is new is that Walmart is only in a position to act because of embracing radical change to its business model.”

These changes span across the company, but are most evident in its market-leading online grocery business. Walmart has spent the past five years aggressively expanding that service, in part to provide a bulwark against Amazon’s dominance of most other areas of online shopping. Now, that investment could pay off as coronavirus-conscious consumers, stuck at home, eschew brick-and-mortar stores for the web.

As online grocery shopping goes mainstream, Walmart will be the main beneficiary. One-third of shoppers surveyed by Gordon Haskett Research Advisors on March 13 said they bought food online over the past week, and of those, 41% were doing so for the first time. For those newbies, Walmart was by far the most popular option, capturing more than half of orders. Amazon and its Whole Foods chain garnered only 14%.

“As more people stay at home to work, with kids to take care of, having groceries delivered becomes a life saver,” said Juozas Kaziukenas, founder of e-commerce researcher Marketplace Pulse. “Walmart is uniquely positioned to enable that.”

With restaurants across the nation now closing their doors, more meals will be eaten at home, further increasing Walmart’s “share of stomach,” according to UBS analyst Michael Lasser.

Other analysts agree: Credit Suisse AG’s Seth Sigman said Wednesday that Walmart enters this uncertain period in a position of strength, thanks to investments in its online pick-up service along with technology and infrastructure improvements. Morgan Stanley’s Simeon Gutman, meanwhile, says Walmart is “a clear winner” while other retailers close stores and furlough employees. He now forecasts Walmart’s same-store sales to increase 3% this year, up from a previous estimate of 0.5%.

Even so, the retailer hasn’t been immune to the shortages of some staples that have plagued U.S. retailers in recent days. Walmart’s next-day delivery service, which it rolled out last year to match a similar offering from Amazon, is currently unavailable in many regions, while supply of some items like toilet paper varied depending on location. As manufacturers ramp up production, Walmart stands at the front of the queue, given that it sells more of just about everything than any other retailer.

During the outbreak, Amazon and other retailers have reported glitches in e-commerce as capacity is tested by unprecedented demand. Amazon is hiring 100,000 workers to bolster its delivery network and is prioritizing food and medicine deliveries to cope with demand. To date, Walmart hasn’t announced any changes to its hiring plans.

Health has also been an area of focus Walmart. As Americans furiously scrub their hands and hospitals brace for an influx of patients, that strategy appears well timed.

In recent months, Walmart has opened two health centers that offer a range of medical and mental-health services, all for a flat fee with no insurance required. A third is coming this summer. The company has identified the complex, expensive U.S. health system as a huge business opportunity.

In line with that strategy, the company has said it will make its parking lots available for drive-thru testing in communities impacted by Covid-19 -- the disease caused by the coronavirus -- and is working through those details with the federal government.

The company’s presence in Washington’s corridors of power has also been enhanced as its CEO, Doug McMillon, now serves as chairman of the Business Roundtable, the lobbying arm of Corporate America. The position allows McMillon to advocate for issues he’s championed inside Walmart, such as expanding employee benefits.

That’s timely, as the coronavirus has thrust corporate policies on paid leave into sharp focus. Walmart revamped its employment policy last year by introducing protected paid time off, and last week enacted an emergency leave policy to allow employees to stay at home if they’re unable to work.

But there’s still room for improvement. According to The Shift Project, a nationwide survey by sociologists of tens of thousands of retail workers, Walmart has 347,000 U.S. associates who can’t or don’t take advantage of sick leave.

Walmart has invested heavily in new areas that put it in good stead as the coronavirus outbreak roils life across the U.S., but the company can’t lose sight of the basics now, said Ken Harris, a managing partner at Cadent Consulting Group: “For Walmart, this is the World Series, Super Bowl and Stanley Cup all wrapped up in one.”