The automaker got tons of media attention with the elaborate prank, but it now must deal with the fallout
READ THIS NEXT
How Carl's Jr. and Hardee's are jumping on the branded sneaker trend 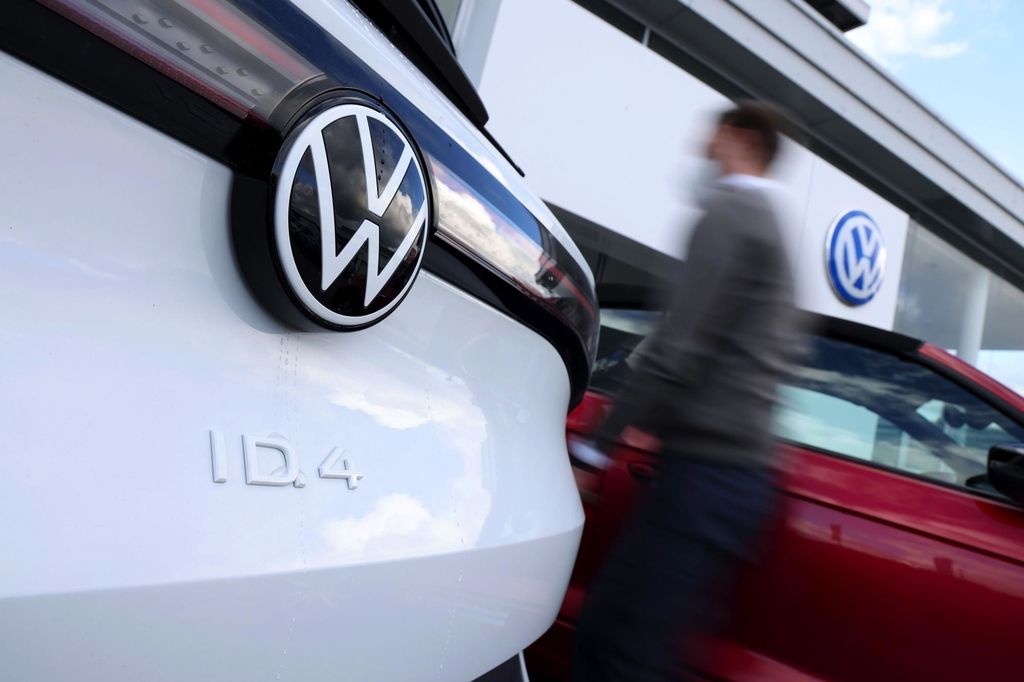 It’s official: Volkswagen’s hype around renaming itself Voltswagen in the U.S.  is nothing more than an April Fools’ Day joke.

"Volkswagen of America will not be changing its name to Voltswagen," a company representative said in a statement to Ad Age. "The renaming was designed to be an announcement in the spirit of April Fool’s Day, highlighting the launch of the all-electric ID.4 SUV and signaling our commitment to bringing electric mobility to all. We will provide additional updates on this matter soon."

Earlier on Tuesday, the Wall Street Journal cited similar comments from officials at the automaker's headquarters in Wolfsberg, Germany.

VW is expected to provide more details on its prank as soon as Wednesday, but it is already dealing with online backlash, especially from automotive journalists.

Plenty of news outlets bit on the news this week, including USA Today, the Associated Press and CNBC, which ran a story today updating the news and calling it an “elaborate April Fools’ Day joke to raise awareness about the company’s all-electric ID.4, according to a person familiar with the ruse.”

The stunt began on Monday morning when the American division of the German automaker put out a press release on its media site stating that Volkswagen Group of America “is unveiling the official change of its U.S. brand name from Volkswagen of America to Voltswagen of America” to lean into its aggressive electric vehicle production plans. But the release, which had sections made to look like they were not complete, was later pulled with a spokesman saying it was “not meant to publish.”

When the automaker followed up with more of an official-looking release today, it fueled more coverage with many outlets calling it real. However, as Ad Age pointed out earlier today, plenty of it looked suspicious, including the fact that the company never registered “Voltswagen” as a registered trademark, according to a search of the U.S. Patent and Trademark Office database.

Now the automaker must deal with the potential fallout of possibly taking the joke a little too far, especially with some automotive journalists who quoted anonymous sources assuring them it was real.

As for how regular consumers might view it all, the verdict is still out. VW certainly drove plenty of attention to its electric vehicle push, which is very real. So there is a chance VW fans might welcome the levity. Of course, depending on how VW lands the joke, some people might be left feeling pretty confused and maybe unfulfilled. Looming in the background are trust issues the brand faced in the wake of its 2015 emissions cheating scandal.

“It’s understandable what they are trying to do, but it might not be the best move for a company with credibility problems to begin with,” says Tim Calkins, a marketing professor at Northwestern University.

Some automotive journalists who originally covered the story as real news lobbed complaints at the automaker on social media, including USA Today reporter Nathan Bomey.

Dear Volkswagen: You lied to me. You lied to AP, CNBC, Reuters and various trade pubs. This was not a joke. It was deception. In case you hadn’t noticed, we have a misinformation problem in this country. Now you’re part of it. Why should anyone trust you again? https://t.co/1rcKT7p0u5

I am astonished that a company that — just a few years ago, mind you — paid $30 billion in penalties and pled guilty to criminal charges for **deceiving its customers and regulators to pollute the earth** now thinks it’s funny to lie to reporters.