All The Latest Creative Moves From Around the Industry
READ THIS NEXT
This week's agency moves, hires and partnerships: March 18, 2020
Juan Carlos Pagan
Credit:

Deutsch New York has hired Juan Carlos Pagan as design director, reporting to chief creative officer Kerry Keenan. Pagan is well-known within the design community for his design of the Pinterest logo and featured as one of Creativity's "Creatives You Should Know" in 2012. He joins from DDB New York, where he has worked since 2011 with clients such as Tropicana, New York Lottery, Water is Life, and Reebok. He is also partner, creative director at Brooklyn-based design and type foundry Pagan & Sharp and has worked at MTV, G2 Worldwide, Ogilvy & Mather and DraftFCB. 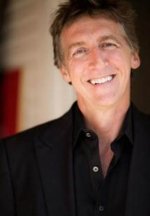 Producer and former agent Nick Reed, who just won an Academy Award for best short documentary film for "The Lady in Number 6: Music Saved My Life," is one of the founders of Contagious, a new full-service brand agency that will focus exclusively on YouTube. The L.A.-based company's other founders are new-media entrepreneur Cameron Manwaring, who has a background in content creation and organic seeding for brands and YouTube stas, and former Omnicom agency executive Tim Staples. Together the team has already worked on successful virals for the likes of Turkish Airlines, ("Kobe vs. Messi 2: The Selfie Showdown") and Nvidia (the "crop circles" stunt).

TBWA/Chiat/Day New York has appointed Chad Hopenwasser to head of integrated production. Hopenwasser will oversee all production disciplines in the New York office of TBWA, approximately 20 people, working with executive creative director Matt Ian. He joins TBWA from Crispin, Porter & Bogusky, where he worked for almost eight years, most recently as VP-director of video production working on campaigns for Xbox One, Grey Poupon and Kraft Macaroni and Cheese. Prior to that, he spent six years at Grey New York.

Havas Worldwide has appointed Gian Carlo Lanfranco and Rolando Cordova as creative directors in its New York office. The Peruvian pair join from French agency Fred & Farid Group, where they led the Orangina global account. Prior to Fred & Farid, Lanfranco and Cordova led the global MINI business at BSUR Amsterdam, where they handled the global launch of the MINI Countryman and the MINI Coupe. They began their careers at Saatchi & Saatchi Peru, where they were awarded the first-ever Future Lions in Cannes, and spent two years at Saatchi & Saatchi's Singapore office, before moving to the Netherlands, where they created global digital work for Coca-Cola at Wieden & Kennedy Amsterdam.

Iris Worldwide has launched an Innovations & Ventures Division called The Nursery, with a brief to focus on the stimulation, development and realization of new products and services. Iris global creative director Sean Reynolds is heading up the Nursery in the U.S. Also part of its leadership team are John Grant, author of "The Brand Innovation Manifesto" and the "Green Marketing Manifesto," and Dan Thwaites, former CEO of Crayon London, which merged with Karmarama in 2011.

Integrated brand experience agency Cibo has hired Keith Ciampa as partner and chief creative officer. Ciampa has served as creative director at digital agencies such as Tribal DDB, Goodby Silverstein & Partners, McKinney, and Digitas and was instrumental in the formation of digital departments at Deutsch and Houston Herstek Favat. He has developed digital campaigns for clients such as Converse, Ikea, Mini, Microsoft, Nike, Puma, Snapple, Tanqueray, Verizon and Virgin Atlantic. He also founded a still-operating digital production studio in Warsaw, Poland and Gothenburg, Sweden.

Onion Inc., the digital media company comprised of satirical news site The Onion, and its sister publication The A.V. Club, has hired Rick Hamann as senior vice president of Onion Labs, the organization's full-service creative agency. He was most recently at Energy BBDO as SVP group creative director,and has created print, television and digital campaigns for clients such as Pearl Vision, Quaker, and Wrigley. Previously, he held positions at Factory Design Labs and Cramer-Krasselt.