AKQA has appointed Pierre Lipton group creative director. He joins AKQA in San Francisco, where he will oversee creative on the Xbox account. Mr. Lipton brings more than 10 years of creative experience to the agency, having previously worked at BBDO, New York, as senior VP and creative director. While at BBDO, he produced internationally recognized work for HBO's "True Blood" and "Big Love," Daimler Smart Car, The Economist, AT&T and the Special Olympics, earning three One Show Pencils, four Art Directors' cubes, a Gold Cannes Lion, Clios and a Gold Obie. Prior to BBDO NY, Mr. Lipton was an associate creative Ddirector at TBWA/Chiat/Day, where he helped launch the tagline "In An Absolut World," the first new tagline in the vodka brand's 25 year history.

The agency has also creative team Matt Bennett and Will Battersby. Previously, they worked together at 20:20, where they created award-winning digital campaigns for clients including Virgin 1 and the COI. Bennett and Battersby have worked with brands including Diageo, Burger King, eBay, The AA and Vauxhall. Most recently, their digital mobile campaign, 'Thmbnls' has been honored by awards from industry respected marketing, creative and mobile publications. 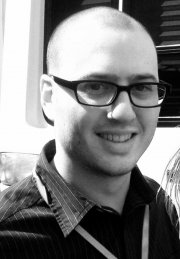 Gerard Caputo has joined Crispin Porter & Bogusky's Miami Office as group creative director. He comes to CP&B after a brief stint at DDB, New York, and before that, a four-year tenure at BBDO, where he worked on Pepsi, Mountain Dew, eBay, Dodge, Motorola, Target, Monster.com and FedEx campaigns. In 2008, he received an Emmy nomination for the Super Bowl FedEx spot "Pigeons," a commercial that also landed at No. 2 in Time Magazine's Top 10 TV ads of 2008. In 2003, he won an Emmy for "Outstanding Commercial" for PBS's "Fish."

Chelsea has signed directing duo Paulo Borgato and Tommaso Bert?. The team entered the industry spotlight with their PSA for Save The Children, which won them the Shots Young Directors Award. Their 2007 spot, "Human Machine," won a place in that year's Saatchi & Saatchi New Directors Showcase. Borgato and Bert?'s client list includes Coca Cola, Ikea, Volkswagen, Sprite, L'Or?al, Vodaphone, Orange and Lavazza, among others.

Beacon Street Studios has signed Paul Hurtubise for mixing duties. Hurtubise has already mixed one notable project for Beacon Street, the recent YouTube viral release titled "Devin & Glenn," for Prop 8. Hurtubise began his career as a full-time mixer at Hollywood Recording Services, where he worked on spots for Miller Lite, McDonalds, Coors, and Disney/Pixar creations such as "A Bug's Life," "Toy Story 2" and "Tarzan. After five years, he moved over to BBP (Brian Boyd Productions) Recording Studios, where he also did sound-design work. In 2005, he became a mixer, sound designer, music composer and music supervisor at Stompbox, a division of Solid LA, where he worked on projects for Toyota, IHOP, Mitsubishi, Mattel, Honda, Kraft and a number of other huge brands. 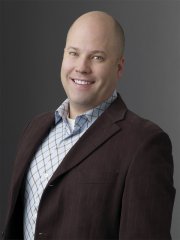 Will Clarke was promoted to executive creative director at The Integer Group. Since joining the promotional, retail and shopper marketing agency in 2007, Clarke has delivered creative strategy leading to measurable results for Integer's clients. He will continue to lead creative execution for clients such as 7-Eleven, BancVue, FedEx Office and Bimbo Bakeries, producers of Thomas' English Muffins.

After spending the past four years at Anonymous Content, Justin Reardon has joined Station Film. Reardon recently directed a spot for EA Sports' "Tiger Woods PGA Tour," via Heat San Francisco and has helmed over a dozen spots for Comcast via Goodby Silverstein & Partners, including "Body Builders," "Aerobics," "Chipmunk" and "Duet Talk," to note a few. He also just completed his first short film, "Zoltan: The Hungarian Gangster of Love" and has two features in development: Warner Bros.' "The Awakening of Jean-Luc Barbara" and indie film "Convention." Early in his career as an Art Director at DDB Chicago, he co-created the iconic Budweiser "Whassup" campaign.

UVPHFactory has hired executive producer Paul Schneider and Creative Director Michael Darmanin. A 25-year veteran of the industry, Schneider comes to UVPH from his eponymous PS consulting, where he served as a specialized production resource. Darmanin was most recently chief creative officer and creative director of Sticky Pictures, a 2-D and 3-D animation company he launched in September 2007.

Deutsch, LA, has hired Oracle executive Paul Pedrazzi as its new senior VP-director of digital strategy, a new position at the agency that will be responsible for insights and strategies as they apply to the area of new media and technology. Prior to his career at Oracle, Pedrazzi was senior director-technology strategy for Peoplesoft, Inc. He was also director-strategy and marketing at Groundswell, Inc. and trade practice specialist at Deloitte.

After four years at TAXI, Stefan Wegner and Nathan Monleith have been promoted to co-creative directors and will oversee the Canadian Tire brand. In the past year, the pair have won a host of international awards for TAXI's latest Viagra campaign, including Gold at the One Show, Clios, Canada's only Gold Lion in film at Cannes, and Best in Show for the campaign at the Bessies. Additionally, Jason McCann moves from executive creative director-digital to co-executive creative director of TAXI Toronto. McCann has been at TAXI for six years and has worked across all disciplines including design, advertising and digital.

Sherina Florence and Hunter Simms have joined Tribal DDB, New York, as art director and copywriter, respectively. Florence was most recently at 180 in L.A. and has also worked at Ogilvy & Mather and Definition 6. Simms comes to Tribal from JWT Dubai and has also worked at The National Museum of Patriotism and Breen-Smith Advertising. Additionally, Josh Chambers has joined Tribal DDB as associate engagement planning director and Billy Fowks has joined as director-technology.

Post-production house Optimus Santa Monica has added Ashley Bartell as producer. Bartell has 10 years of assistant production, studio management, sound and sales experience. Most recently, she was director of operations at Ravenswork Studios, a commercial mixing and recording house in Venice, Calif. She has worked for clients including Kia Motors America (KMA) for David&Goliath; Nestl? Nesquik and Northrop Grumman for McCann Erickson; Toyota for Saatchi & Saatchi; and Toys"R"Us for You&Me.