Max Ahlborn has been hired as an executive producer at B-Reel New York. He returns to the company from Acne Digital, which he co-founded. Acne has been awarded "Production Company of the Year" for the past two years in Sweden by Resum? and was also on Creativity's top lists last year. The company's most acclaimed work has been for the Swedish Armed Forces and Saab, which has been awarded Gold Lions, Pencils and Eggs alike. Ahlborn had originally joined B-Reel in 2000 in Stockholm as its fifth employee and worked there for three years before moving to Acne. 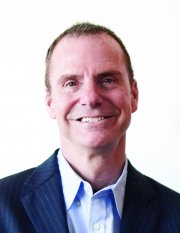 Doremus has hired Marcus Kemp to join Evelyn Neill as co-executive creative director at the agency. Mr. Kemp was most recently a creative director at CreativeFeed, a digital marketing and advertising company. Prior to that, he was vice chairman and chief creative officer at BBDO Atlanta, where he spearheaded award-winning campaigns for clients such as AT&T wired and wireless, REI, Georgia-Pacific, Embassy Suites and HP. 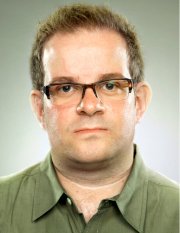 Former Goodby, Silverstein & Partners Head of Digital Strategy Gareth Kay has been promoted to the agency's Director of Brand Strategy, a position previously held by John Thorpe, who has returned to working on the client-side.

Domani Studios, an independent digital marketing agency, has tapped Andy Bhatt as managing director. Mr. Bhatt comes to Domani from the Omnicom Group, where he most recently served as head of interactive production, for BBDO NY. At BBDO, he led the integration of digital resources into the broader agency to develop marketing campaigns for AT&T, Starbucks, FedEx, and HBO, among others. Prior to joining Omnicom, Mr. Bhatt held a similar role at Wieden & Kennedy, where he helped the agency's New York office develop its digital offering for brands such as ESPN and Nike. 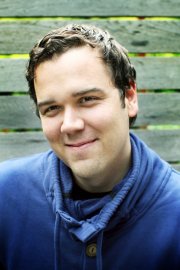 Designer and creative director Nando Costa has joined Superfad. Costa has previously held creative director positions at Modernista! and Digital Kitchen, as well as his own companies, Nakd (in Rio de Janeiro) and Nervo. He has created TV, print and interactive projects for global brands including Nike, Coca-Cola, Zune, Budweiser, Timex and Fox.

Team One has hired Alastair Green as executive creative director-digital. Mr. Green has been creating in the digital space for over 13 years, most recently at McCann Worldgroup in San Francisco; and prior to that, at Ogilvy, New York and London. During this time, he has developed campaigns for such clients as Microsoft, Cisco, Yahoo, Nortel, Hewlett-Packard, IBM, Ford, Kodak, Miller, American Express and Nestle, and his work has been recognized by Cannes, The Clios, The One Show, London Advertising Awards, The Webbys, Communication Arts, DMA Echos, National and Regional Addys, DMA (U.K.), IAB Mixx Awards and AdTech. 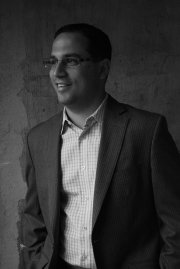 Jason Rosenfelt has joined NY-based digital agency, Firstborn, as director-client engagement. His role is to help manage new business with a specific focus on growing Firstborn's roster of clients for their expanding online video department, Firstborn Studio. Most recently, he was at Zugara, the L.A.-based interactive marketing agency, where he was tapped to help launch a New York operation as director-client partnerships. 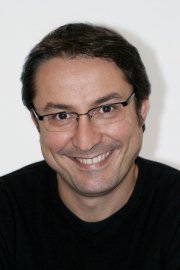 Cheil Worldwide has launched a strategic alliance with Herezie, a startup agency that will be led by Grey Paris' Andrea Stillacci (pictured) as president and executive creative director and Luc Wise as general manager and head of strategy, with backing from associate co-founder Pierre Callegari. Mr. Stillacci has won over 40 international awards during the past three years for his film, digital, press, poster and integrated campaigns. Under his leadership, Grey Paris was named the 10th most awarded agency of WPP Worldwide and the most awarded French agency in Cannes 2009. Since 2003, Mr. Wise has been a shareholder and head of planning at V (DDB Group). Mr. Callegari is the founder of the first independent agency in France, Callegari Berville, and was president of Grey France from 2000 to 2008. 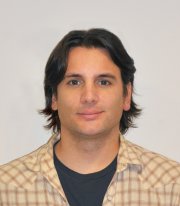 DDB has named Joe Cianciotto director-digital integration, U.S. Mr. Cianciotto will take on the new role while retaining his duties as executive creative director at DDB, New York. As director-digital integration, he will continue to contribute to the social solutions the agency creates as well as to build fluency in all emerging media in real time. 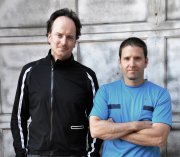 VSA Partners has added Hans Hansen and Eric Sorensen as executive creative directors. Hansen and Sorensen were both most recently group creative directors at Fallon Worldwide, where, for the past four years, they created award-winning work for almost every account in the agency including Citibank, Abu Dhabi Commercial Bank, Holiday Inn, Nuveen, NYSE, Chrysler and Traveler's Insurance. Each had previously spent a number of years at Carmichael Lynch, where they developed work for Harley-Davidson, Porsche Cars North America, Northwest Airlines, American Standard, Coke and Formica. Mr. Sorensen also worked at Fallon earlier in his career.

T3 has promoted Jay Suhr from senior VP-director of creative services and account planning to senior VP-chief creative officer. He will continue to lead all creative and account planning efforts for the agency. Mr. Suhr's work has been recognized with awards from the EFFIEs, Clios, ADDYs and Art Directors Club of New York. He has also been recognized by MediaPost and OMMA magazine as an Online All-Star. Before joining T3 in 1999, Suhr spent 13 years at Ogilvy & Mather in Houston, where he was a senior partner and creative director working on Shell, Compaq and IBM. Additionally, the company promoted Glen Sheehan from VP-group creative director to senior VP-executive creative director, a new position. Mr. Sheehan oversees work on the JPMorgan Chase, Windows Phone and JCPenney accounts and serves as a creative resource across other agency client business. Prior to joining T3, he served as global digital creative director at Young & Rubicam Brands/Wunderman.

Following Brett Channer's departure from his post as chairman and executive creative director at Saatchi & Saatchi, Toronto, the agency has promoted creative directors Helen Pak and Brian Sheppard to the positions of co-executive creative directors. Over the past three years, Ms. Park and Mr. Sheppard have been part of a creative team that contributed to the success of the Toyota "Make Things Better" campaign and have helped the agency win assignments such as Toyota Venza and strategic Procter & Gamble business. They also developed the agency's design service offering, and most recently created the successful viral film "The Last Advertising Agency on Earth" for FITC.

Sparks, a global event-marketing agency, has promoted Mike Ellery and David Lentz to VP-creative. Messrs. Ellery and Lentz were previously senior creative directors of the company's East and West Coast regions, respectively. In their newly expanded roles, they will continue to collaboratively manage Sparks' four creative studios, while spearheading the development of new creative opportunities for its roster of over 200 brands. Most recently, their efforts have resulted in multiple new event-marketing programs for LG Electronics, Bethesda, Applied Materials, Google, Novo Nordisk, GE Water, Vivus and Splendid, among others.Mr. Ellery is based at the company's headquarters in Philadelphia while Mr. Lentz is based in San Francisco.