Crispin Porter + Bogusky Europe creative director Anders Gustafsson will be joining Goodby, Silverstein & Partners in San Francisco as a creative director in early 2011. Along with 11 years of experience in traditional agency print and broadcast, Gustafsson brings with him digital chops honed at Swedish shop Daddy, which became the Europe office of CP+B. There, he produced a range of work for clients like Scandinavian Airlines, Heinz, Volkswagen, Red Bull, Carlsberg, Telia Sonera and IKEA Stockholm.

Publicis Modem USA has named Damian Claassens to the new role of senior VP-creative director, Publicis Modem East in New York. Claassens joins the digital network from AKQA, New York, where he was group creative director. He came to AKQA in 2005, opening the New York office and developing their digital offering, including global creative work for clients such as Nike, Coca-Cola, Motorola, Google, Smirnoff, DoubleClick, Kraft and Johnson & Johnson. He has been recognized by awards show including Cannes, One Show, D&AD, New York Festivals, IAB, AIMIA and AFA. 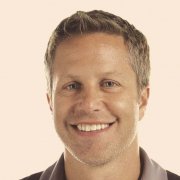 Richie Glickman has been promoted to the role of executive creative director on JWT New York's Royal Caribbean business. In his past four years as creative director at JWT, Glickman worked on multiple Kimberly-Clark brands, and was behind the most recent effort for Huggies' denim diapers, which told consumers it was cool to "poo in blue." He also worked on Pull-Ups' 24-episode documentary, "Potty Project," the "Let It Out" campaign for Kleenex in 2006 and Trident's Super Bowl spot, "Squirrel." Prior to joining JWT, Glickman worked at BBDO, MVBMS and Kirshenbaum Bond. 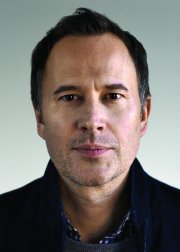 R/GA recently hired Ken Erke and Matt Marcus as executive creative directors based out of the agency's Chicago office. Erke (pictured) spent three years at Young & Rubicam in Chicago as EVP, chief creative officer. He oversaw the creative direction of the agency and crafted award-winning digitally integrated campaigns for major brands such as Craftsman, Die Hard, Hilton Hotels, and Sears. Marcus spent the past two years as an independent consultant across multiple industries, delivering global e-business strategies for the likes of R/GA, Ermenegildo Zegna, National Geographic, Amway Global, CVS/Caremark, and the Richemont Group. 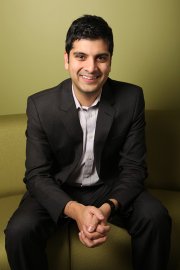 BBH, New York, has appointed Saneel Radia director of innovation. Radia joined the agency in May and was previously director of media innovation. As part of his new role, he will recruit and cast talent for BBH's growing partner network. Radia was formerly at Denuo, where he was managing director overseeing the Alchemy practice. 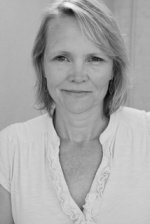 B-Reel Films in collaboration with B-Reel, has opened a new office in Los Angeles. The company has tapped Susan Rued Anderson (pictured) as executive producer to helm the Films operations there and in New York. Rued Anderson was most recently executive producer at The Sweet Shop. Additionally, B-Reel Co-founder and Executive Producer Pelle Nilsson will be relocating from Stockholm to Los Angeles to oversee L.A. operations for both B-Reel and B-Reel Films. 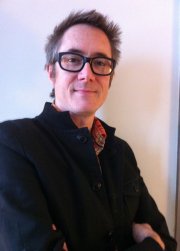 British film-title designer Richard Morrison, along with partners Dominic Buttimore and Mo Henry, have launched Los Angeles-based production company Morrison Buttimore Henry. The business will initially focus on designing movie sequences and end credits. Morrison is responsible for opening titles for blockbuster movies such as "Golden Compass," "Enemy at the Gates" and Tim Burton's "Batman" and "Sweeney Todd." Buttimore has been producing animation and live action for 22 years and is the founder of the multiple award-winning production group, th1ng. Ms. Henry has worked on movies from "Apocalypse Now" to "Zombieland." She's also trusted with archiving the original camera negative for Sony Pictures and Warner Brothers.

Jennifer Siegel has joined Shilo as West Coast Executive Producer. Siegel was most recently executive producer for Tool of North America, a position she held since 2000. At Tool, she contributed to the company's award-winning projects and helped the company transition into the digital media space. She was elected to the West Coast board of the AICP earlier this year.

MaxMedia has added Jeff Doud to its digital team. Doud is a three-time Emmy winner and was most recently executive creative director at RIOT Atlanta. Prior to that, he led the global design team at Dell.com, was VP-user experience design at Cambridge Technology Partners and Novell and served as senior creative director for IBM Interactive media. His clients have included Honda, Coca-Cola, Delta, Bridgestone Golf and Audi, and he recently received a Gold ADDY award for a Subway microsite.

Cut + Run is welcoming back longtime editor Joel Miller. Miller started with the company at its inception and over they years developed a strong relationship with editor/founder Steve Gandolfi. Prior to his return, Miller worked for Nomad and has worked on projects for Adidas, Coca-Cola, Honda, NY Lotto and Yahoo, among others.

Directors Adam Sobocienski and Joe Otting have announced the official launch of their full-service production company, Fiber Films. Fiber will specialize in producing TV commercials and branded entertainment in the form of web films, web series and brand videos. Sobocienski and Otting will also offer post production and development. Otting recently completed a national TV campaign and web series for Sears out of Y & R, Chicago. He is also an accomplished feature-film director. Sobocienski is currently shooting a TV commercial for Zippo Outdoor Lighters in Alberta, Canada, and just directed and edited an integrated campaign for Cub Cadet lawn tractors via Pittsburgh agency Brunner.