The home itself, not the gadgets inside, could be a treasure trove of marketing data
READ THIS NEXT
Fresh from bankruptcy, Catalina has cash to back funny videos 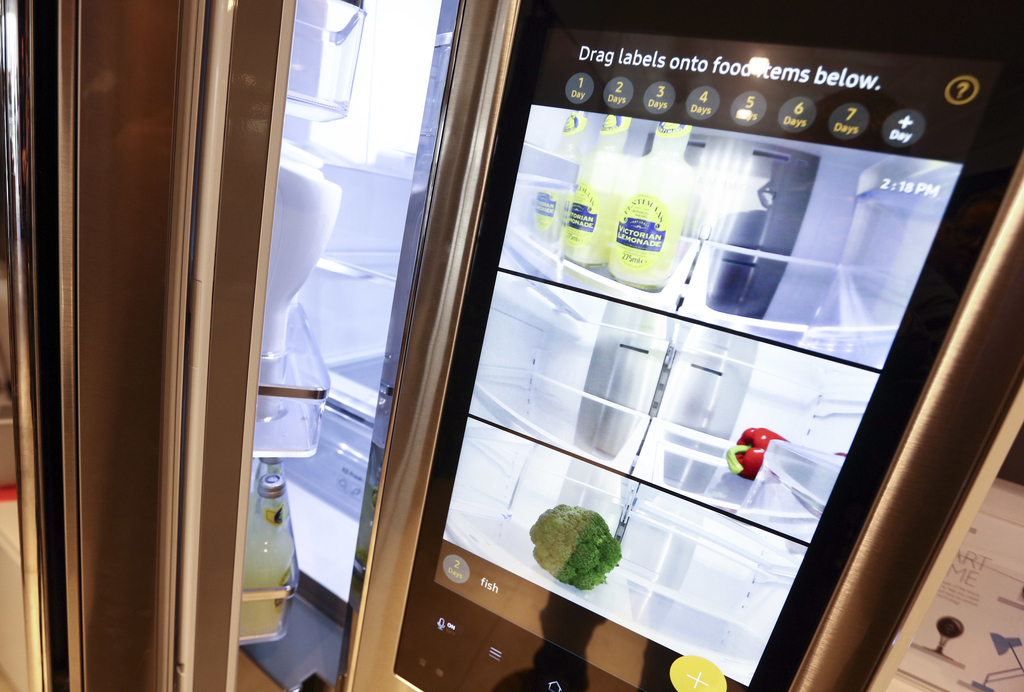 A display shows, via cameras, the contents of a Samsung Electronics Co. Family Hub fridge freezer

For years, Samsung has pitched customers internet-connected TVs, refrigerators, and other cornerstones of the home re-imagined for the data-overload era. Now the South Korean engineering-to-gadgets conglomerate is trying to go a step further: making the home itself.

Inside an airy, lavish model house in Seoul, Samsung’s virtual assistant, Bixby, can show visitors what’s inside the kitchen fridge while Amazon’s Alexa assistant controls the living-room lighting and A/C, and a speaker developed by Naver Corp. recommends music and TV shows. Samsung software overlays the in-house and competing products to create a unified control system, and so the company might someday be able to analyze the data created to refine its so-called internet of things.

“We are trying to combine various IoT technologies to create an environment where the house knows who you are,” said Kim Myung-suk, a vice president overseeing the project at Samsung’s construction unit.

The company’s first real-world test bed will be an apartment redevelopment project in the South Korean city of Busan. Owners of the 2,600 units will be able to order a smart-home retrofit beginning in June, and start moving in by August 2022. Kim’s team declined to comment on how much it plans to charge.

As it edges its way further into the $77 billion global market for internet-connected appliances and furniture, a market that Amazon.com Inc. and Google are expected to lead, Samsung has at least one serious advantage. While the conglomerate is best known for Samsung Electronics Co., the No. 1 maker of smartphones, TVs, and memory chips, its empire also includes Samsung C&T Corp., the construction business overseeing the smart-home pilot project. C&T built Dubai’s Burj Khalifa, the world’s tallest building, and Kuala Lumpur’s Petronas Twin Towers, which shared the title some years earlier.

“Samsung has significant potential to leverage its existing reach,” said Jonathan Collins, an analyst at ABI Research, which estimates that the world will include almost 300 million smart homes by 2022. “Samsung is certainly more ambitious in its partnerships, including competing AIs.”

Of course, the company’s electronics arm has been talking up Jetsons-style homes for years, stymied by the limitations of data analysis, interoperability and, above all, cost. Few consumers have been willing to pay the price of living in the nearish future, especially with some bugs left to be worked out. And the extreme monitoring fundamental to the company’s smart-home development model seems a lot riskier at a moment when concerns about the technology industry’s privacy overreaches are growing louder. For now, Samsung is pitching its houses to early-adopter types as it works on ways to make the homes more environmentally friendly, and much smarter still. The company envisions a smart bathroom mirror that can analyze a customer’s health while she blinks sleep from her eyes, a bathtub that she can order to fill with water at just the right temperature during her commute home, and lights that can automatically adjust to wavelengths that help her concentrate on her book or wind down as needed. Now if Bixby can just do something about that snooze button.