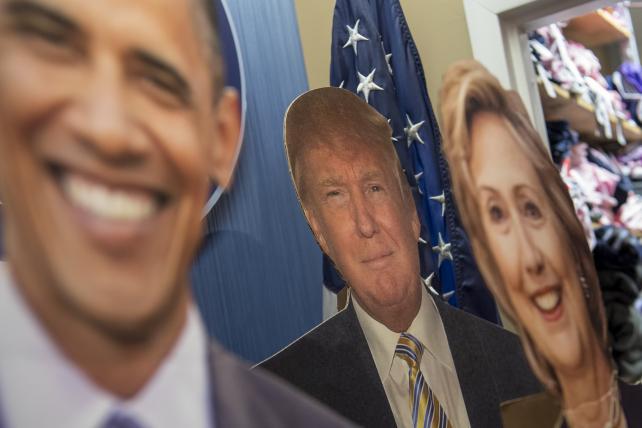 Call it Monday morning quarterbacking or 20-20 hindsight: Political practitioners and technologists on the left still are grasping for clues about which Clinton campaign decisions might have contributed to President Donald Trump's win. Many wonder whether their own skills might have boosted her to a win in November. One of them is Carol Davidsen, a key developer of technology used for Barack Obama's groundbreaking 2012 TV ad system, which was known as The Optimizer. She laments the campaign's decision not to use a new ComScore TV analytics platform she helped build for 2016.

"It's frustrating when you build something that is available to both sides, and the side you personally support doesn't use it," said Ms. Davidsen.

The Clinton camp's decision not to work with the company, however, reflects the rapid changes that have taken place in the TV data world since 2012. Those changes enabled the campaign to build a system in-house that it says gave them a more refined and comprehensive view of the data than previously available. Among many questions surrounding the campaign, it's now fair to ask whether that decision was the right move.

According to people familiar with the Clinton campaign who spoke to Ad Age under condition of anonymity, the campaign built its own internal TV buying data system and assembled a collective of analytics, data and tech specialists it called its optimization team, people who worked directly with those making TV buying decisions. The technology they built ingested raw TV data from multiple sources. That approach was more cost-efficient, they said, and gave them greater control and transparency.

Before the primaries, the campaign evaluated TV data sources and platforms, and asked, "Is there a way to be closer to the data itself than in 2012?" said a Clinton campaign source.

The Clinton camp got its TV data -- information that helped determine what key voter groups watch -- from a variety of sources. Providers that it could have tapped include TV data compilers such as FourthWall Media and pay-TV operators such as Tivo, Cox Communications and the collaboration between Dish and DirecTV/AT&T called D2.

"We've got the explosion of talent combined with increased availability of sources," said a political TV analytics consultant who was not affiliated with ComScore or the Clinton campaign. "Innovation is taking place at the nine- and 12-month level, not the four-year level," he said, noting that there are more companies providing TV data and services, and more data analysts who emerged from 2012 and now have advanced significantly in terms of programming language capabilities and skills with TV data tools.

"It tells you that the economics have changed fundamentally," the consultant said.

In other words, all signs point to even more dissemination of TV data, analytics technologies and practitioners in 2018.

The Clinton camp relied on one of its vendors to make its TV data purchases, so those expenditures do not appear in the campaign's Federal Election Commission reports. Though it's not clear which company or companies working with the campaign made the data buys, its television buying firm GMMB received $236 million from the Clinton campaign between August 2015 and October 2016 for media buys, consulting and ad production services, according to FEC reports. Digital ad firm Bully Pulpit Interactive took in $17 million between May 2015 and October 2016.

As the Clinton camp assembled its TV optimization technology and staff of data analysts, Ms. Davidsen, VP of political technology at Comscore, and her colleagues were working to finalize a platform that could be tailored for large political campaigns like a presidential race, something much more advanced than what she and the Obama team built in-house. The result was a robust, customizable TV data platform that incorporated household level data for set-top box TV ad targeting, according to Ms. Davidsen. But by the time the ComScore system was ready for primetime, around the summer of 2016, the Clinton camp was already too far ahead with their own solution.

Ms. Davidsen played a key role in developing what came to be known as the Optimizer for the Obama 2012 campaign; the TV ad planning and buying platform used TV viewing data to inform ad buys to reach targeted voter groups in cost-effective inventory such as niche cable TV. The system relied mainly on data from Rentrak, the company Ms. Davidsen joined in 2015 which was acquired later that year by Comscore. In 2012, the relationship between Rentrak and the Obama campaign was so secretive that the TV data firm codenamed the project Eeyore, after the forlorn donkey in Winnie-the-Pooh stories.

While a platform like ComScore's recommends which programs are optimal for targeting specific voter groups, the Clinton camp wanted more transparency into the reasoning behind the recommendations, transparency that would come by gathering and analyzing the raw data itself. The information would show that a specific TV device ID -- which could be matched to the campaign's data on key voter targets -- was tuned to a particular channel at a given time. The campaign would need to match that data to other sources showing what actual program was on the air at that time. All that data would be combined to determine the optimal TV buys to reach desired voter groups.

But raw set-top box data is not pretty. Picture rows and rows and columns and columns of unstructured, non-standardized data clutter. Each data set would need to be scrubbed of extraneous information, and put in an organized format that could be read by the platform ingesting it.

"It was odd to me, the choice for a campaign to start becoming a set-top box processing company," said Ms. Davidsen, adding, "I don't believe raw viewership data can ethically only be made available to one side. You just hope the side you personally support uses that data more effectively."

Specialists in the Clinton campaign's analytics, data and tech teams were tasked with making sense of the data mess, processing it, studying and cleaning it, and creating the algorithms used to determine which programs were being viewed by the voter segments the campaign wanted to reach. The platform showed campaign results and incorporated that information back in, hence, optimizing.

While raw TV data is unwieldy, it has its benefits. Arguably, the Clinton campaign was able to be more flexible in how it viewed the data. So, rather than using a system that only told them the "what" to buy, the campaign developed a visualization tool that surfaced the "why," something one Clinton camp source called a big jump forward from past campaign cycles. This came in handy especially down the stretch when convincing decision makers that, for example, another $100,000 was needed to aim TV ads at particular voters in a key geographic area.

The visual interface featured tables and interactive graphs allowing the optimization team to view explanations for why certain TV buys were recommended, and exposing additional notes on what was not being purchased, to help the campaign identify potential buying options it was missing.

That's where the legitimacy of the data models and the voter scores -- the numbers reflecting the campaign's perception of voters and each voter segment, their likelihood to support Ms. Clinton, and their likelihood to go to the polls -- is of utmost importance. If the expectations of how voters felt about the candidate and how their attitudes morphed throughout the campaign were improperly calibrated, the data machine would continue to hum along, but the end product may not be an accurate representation of voter reality.

The Clinton camp was criticized after the election for not placing enough emphasis on advertising in states such as Wisconsin and Michigan, where President Trump won by slim margins -- in Michigan by only around 10,000 votes and Wisconsin by 22,000. However, while the TV optimization platform was used to determine what TV inventory to purchase to efficiently reach voter targets, the campaign used its polling and field operations data system to determine whether Ms. Clinton needed to invest more in a given state.

Podesta Emails and the High Cost of Data

Clinton campaign sources and others familiar with Comscore's pricing say the products the company was offering for 2016 were far more expensive than other approaches, and much more than similar offerings in 2012.

One of the communiques exposed in the hack of Clinton Campaign Chairman John Podesta's emails alludes to the campaign's thought process on TV analytics and pricing as far back as May 2015. Elan Kriegel, Clinton campaign director of analytics, wrote to Mr. Podesta and Campaign Manager Robby Mook at that time, noting that in the past he had worked with data from Dish showing what TV programs voter targets over-indexed on viewing. He added, "Right now we buy this data through a third party vendor (Rentrak), though the price they are quoting for 2016 is quite steep."

Ms. Davidsen said that ComScore negotiated on price and variations of the platform with the Clinton camp, which did eventually test it in the summer of 2016. The campaign decided against using ComScore after that.

Ms. Davidsen kept a close eye on the campaign's TV buys anyway. She said, based on the ComScore information she had access to, that the Clinton camp was under-delivering in TV when it came to reaching likely Democratic voters at standard frequency levels (typically 12 to 16 ads per week). And she feared that the campaign was too reliant on addressable advertising, which delivers ads only to specific voters, and because of its narrow targeting, can drastically limit the amount of times an ad will run.

Addressable TV advertising allowed the Clinton campaign to deliver specific ads to persuadable Hispanic or African-American voters, for example. However, campaign sources said addressable accounted for only around 4% of the overall media budget, and therefore made up a relatively small portion of the TV budget. In fact, they say that closer to the election they were investing more in national ad buys in order to ensure exposure to certain voters, sometimes at a lower cost. For example, the campaign may have made a national buy with TBS to ensure its ads showed up during "Full Frontal with Samantha Bee" -- appointment TV with some left-leaning voters.

The campaign sources also said they were more focused than during previous election cycles on communicating with voter audiences in a more holistic manner -- what corporate marketers would call omni-channel marketing. So, for instance, if certain voter groups were not watching TV much, the campaign would emphasize digital advertising, social media or direct mail to reach them.

The people familiar with the Clinton campaign said they were confident in the analytics platform that they built to inform their TV buying and targeting. However, for campaign observers and experts like Ms. Davidsen, there remain many unanswered questions regarding things like the validity of the voter data models it built and how the campaign selected which ad creative to deliver to which voters.

So, for now, just like the opaque data platform the Clinton camp aimed to avoid, those answers remain locked inside a proverbial black box.