OpenX CEO Tim Cadogan on the evolution of programmatic, and going to the cloud | Ad Age
Skip to main content

OpenX CEO Tim Cadogan on the evolution of programmatic, and going to the cloud 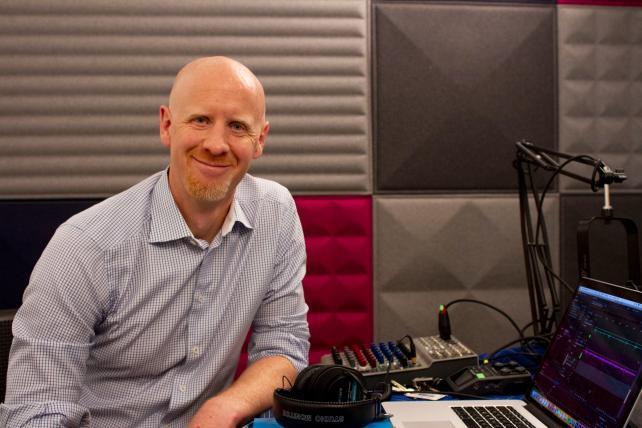 Independent ad exchange OpenX raised eyebrows in the programmatic realm last month when it announced a five-year agreement totaling more than $110 million with Google to use its cloud computing services.

The news came just a month after the Pasadena, California-based supply-side platform laid off some 100 employees as it prepared for the deal and continued to push into the video arena. Tim Cadogan, CEO of OpenX, sat down with Ad Age to discuss the arrangement and how the programmatic landscape looks in 2019. This interview has been edited for space and flow.

How do you explain what you do to people you meet at cocktail parties?

I talk about a stock market. Instead of trading stocks and equities, we trade ad impressions that come from media sellers' companies, app developers and publishers.

If it can be automated, it will be.

Do you think everything will go programmatic eventually?

No. There's a really important function for high-touch sponsorship and limited-edition sales for something that needs a custom touch or just warrants an upfront conversation between a media seller and a media buyer. I think that's probably between 10 percent and 30 percent.

Are you seeing any consolidation in the space?

The scrutiny is coming. Buyers and sellers are spending more time on this because it's getting more important.

Technology's neutral, right? You can use it for ill or for good. That leads to the consolidation point, which is: The bar for doing the right thing and doing it at scale and investing is getting higher. It takes money, it takes time.

Speaking of money, you're investing over $100 million in a partnership with Google to move everything onto the cloud.

The idea of trying to keep up with a public cloud where they're buying millions of servers a year and have hundreds, thousands of engineers optimizing those systems—the idea that we could do that as well, let alone better, is a little...a little bit crazy, right?

Unpack that a bit, given how critical Google is to demand and how it competes in the exchange and supply side of OpenX.

We said, "Look, let's shift gears so that we can focus on building a better exchange, thinking about how to make it more effective and run on an infrastructure that's the world's largest advertising backbone." But you have to be pretty big to pull that off because in order to get really good pricing you have to make a really big commitment. So that kind of leads you to consolidation. There aren't that many players that can make a $100 million commitment to get down the price curve.

Can this be seen as jostling against Amazon?

We evaluated all the main players, and we did proof of concepts and tests and a lot of negotiation and I have to say, all the main players are really, really good. Our feeling at the end of all of that was that Google, given that it's the biggest technology player in high-scale advertising, was the best fit for us. It also puts us closest to all of the Google systems. And Google is a big customer, it's worldwide, it has the best connection to the consumer.

Was this related to the OpenX layoffs in December?

We've been doing a bunch of remodeling. We feel that we've entered a bit of a rut as an industry. There's been a bit of tit for tat, a lot of fairly niche product innovation but not a lot of big steps like we took early on. And we felt that we could do something much bigger than that. So we're working on a strategy we call people-based marketing.

Which goes against the idea that programmatic is becoming a commodity?

Programmatic in its current structure has entered a commoditization cycle, and I think we need to break out of that. We need to do more fundamental innovation to pull back to parity and offer marketers a better way to spend their money and connect with consumers on the open web. When I talk about open web, I mean everything that's not a walled garden, which is big, it's 30 to 40 percent of global activity.

What are publishers saying, and do their pain points align with brands?

Actually, they do because they're sort of a mirror image; both sets of principals—buyers and sellers—want to know more about their consumers. I mean this whole game, advertising, is about connecting with people to create desire and preference in action. That's the game, right? All the way back from magazines in the 19th century. And each constituent, the buyer and the seller, is trying to understand: Who are these people? What are they interested in? What do they respond to?

What are the trends you're seeing in video?

Do they love it too much?

Yes. So, as humans, we respond very well to moving pictures and sound, it's just that basic. And so, as a content unit and as an advertising unit, anything with video in it just works really well; it just up-levels the emotional cognitive reaction. The challenge is to create videos in places where it makes sense for there to be a video.

What's the exit plan for OpenX. Is it an IPO? Is it a sale?

I don't know what the future holds. Our approach is we just keep on cranking, keep innovating, run a good, profitable company. Last year was our fifth year of profitability, which makes us pretty unusual, I guess, in the space.