On politics, social media and—yes—the joy of advertising
READ THIS NEXT
Urgent marketing lessons for 2023—including the importance of back to the office
Credit: Illustration by George Wylesol

Now that 2021 is in the rearview mirror (thankfully), let’s take a moment to learn from our mistakes—so that in 2022 things move forward in a positive direction instead of going completely sideways.

With that constructive spirit in mind, here’s a look back at three things we learned—or relearned—last year that we plan to, well, not forget this year:

A recent study from the Brunswick Group confirms what we’ve been saying over the past year. Corporate posturing on social issues is perceived as disingenuous by the vast majority of voters in both parties. More surprising is that while only about a third (36%) of consumers surveyed by Brunswick want brands to take a stand on political issues, nearly two-thirds (63%) of corporate CEOs believe they should speak out.

In other words, a huge percentage of exorbitantly paid CEOs are so self-important they believe their company should tell you how to feel, how to vote and when to be outraged. And guess what? Most Americans just want the company to sell them a great product, provide a good service and mind their own damn business.

We’ve said it before and we’ll say it again: Brands that win find their purpose in their core DNA, the founding of the company and the positive effects their business can bring to everyone. Beverage companies, for instance, should bring people together, take an interest in the water table, focus on recycling, and so on.

Don’t confuse authenticity with borrowed interest. With politicians’ approval ratings plunging more than a Kardashian neckline, wise brands will keep politics out of their marketing plans next year.

If you compare the viewing audience of the average network television show with that of a typical social influencer, you suddenly realize the enormity of online platforms. But when you consider the snackable, short-attention-span nature of the content, it can be challenging to build a brand on social with any consistency unless you know the landscape.

More problematic for marketers are the conflicts posed by the dominant social platforms.

Facebook remains under pressure as brands look to their own moral compass to find a way to navigate the perpetual perfidy of a company whose business model is collecting users’ data—often without their explicit consent or understanding—and selling it to third parties. This model was dying before ad-blocking and opt-ins came into their own, but its decay is accelerating with the much-heralded “death of the cookie.”

You can’t make this up, but it’s real, and it begs more than a few questions. Let’s assume the average co-worker or family member doesn’t already possess carnal knowledge of you and, therefore, could only identify you during a moment of coital bliss by your face. If that’s the case, why does Facebook need anything more than an image of your face?!?

Marketers like to channel Marshall McLuhan and say, The medium is the message. And that’s true. So what message are we sending when our brands parade around Facebook, fuel the hate machine of Twitter or support the erosion of teen girls’ self-esteem on Instagram?

We need new platforms, better content and stronger online communities if we want social media to be a lasting alternative to traditional media.

Advertising should be fun

This is perhaps the simplest and most important lesson. Nobody wants to hear a brand say “We’re with you during these unprecedented times” ever again. We want to be entertained, distracted and engaged.

Your ads need to be more interesting and entertaining than the content that surrounds them. That’s been true since there were only three TV channels and it’s even more true today, but many marketers have lost sight of an insight that should be common sense.

News media ratings depend on keeping us in a constant state of fear. That works in the short term but after a while, viewers’ cortisol levels can’t take it anymore and they tune out. TV ratings have plummeted, especially among the younger viewers that advertisers crave. Similarly, magazines are near extinction because the click-bait game got old.

This all gets at the thing media mavens keep getting wrong. Streaming is up because it’s driven by entertainment, not because it’s ad-free. The vast majority of consumers don’t mind marketing, and they generally love their favorite brands—they just can’t stand bad marketing.

Why else do Super Bowl ads, holiday ads, real-world activations and memes get shared again and again? Because they’re fun.

So leave behind the pandering peddlers of paranoia and the carpet-baggers of corporate conscience that made last year so boring, open your aperture to optimism and laugh a little.

And as we begin 2022, let’s find a glass that’s half-full—and hope someone poured tequila in there.

More Fletcher on Marketing
Why small agencies reveal the big lies of the industry
M.T. Fletcher
The difference between ‘hot’ and ‘bedrock’ brands
M.T. Fletcher
Why the streaming wars are just a distraction for marketers
M.T. Fletcher 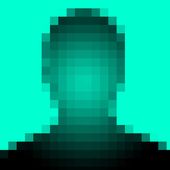 M.T. Fletcher has worked for agencies, clients, consultancies and holding companies. Restless by nature, M.T. can be found wandering the hallways of corporate America and commiserating
with ex-colleagues on Madison Avenue.

How marketers and creatives can fight for a better 2023