Who's Laughing? The Death of Comedy in Advertising | Ad Age
Skip to main content
Sign In Register

Who's Laughing? The Death of Comedy in Advertising

The Glorious, Comedic Struggle to Be Human Is Missing in Advertising
READ THIS NEXT
Inside Apple's New Campus: No Childcare (But You Can Freeze Your Eggs)

Last night, I was watching TV with my teenage son and he was putting up with his insane dad's nightly anti-advertising/media/entertainment rant. And what fueled my wrath? I realized I hadn't laughed at an ad in years.

Oh, I saw a guy in a funny hat mowing the lawn. I saw a quirky AT&T spokeswoman with some mildly absurd customers. I saw two great comedians acting mildly preposterous in a politically themed Bud Light commercial. And I felt my life swirling down the toilet of time. And I'm not laughing.

Generally speaking, the comedic premises are always inventive and delightfully absurd. We in advertising are really good at those. After all, we're trained to develop advertising concepts. But within these beautiful what-ifs, people simply aren't doing what people do. They don't respond and react in a human way to the absurdity around them. They act cool, their responses mildly ironic, rarely freaking out. Or they act desperately goofy, like my friend Todd at a seventies party last week.

There are so few of these flawed and driven heroes anymore. As radio -- the land of strong, blind, industrious characters -- diminishes in focus, we're left with beings passed off as humans. These aren't comedic heroes. They're faux humans trying to please millions.

And what is a comedic hero? It's us. We struggle. We put on airs. We lie. We primp. We shame our fat. We honk at traffic jams. We're nice when we're angry. We're angry when we're embarrassed. We buy "Three Minute Abs." We attempt to unite the nation by preaching divisiveness. We eat Ding Dongs to help ourselves feel more balanced. We fill silence with chatter. We blame the weather for our moods. We feel crappy about ourselves one moment then feel grand when we get into our BMWs.

And as we struggle, we do all kinds of outrageous things (see list above). The blind struggle in the quest for balance is at the heart of comedy. It reflects and celebrates our struggling human condition. We're just a bunch of human beings doing our best, even though our best is misguided yet immensely hopeful.

And this glorious struggle is what's missing in advertising.

"But is he likable?" the client asks. I say any character authentically striving is immensely likable. When we make characters "likable," we're killing their souls. Comedy thrives on characters acting out their misunderstandings. (Hell, Hannibal Lecter was likable and he ate people.)

And when characters aren't doing their best, nothing happens. It's the duty of a comedic hero to drive things to the end of the line, to do what he or she must do in order to win. Most great comedic premises in advertising dribble away into nothingness when the logo mercifully pops on and we're onto the next dish of pabulum.

Advertising is designed to inflame desire for products and services. No argument here. But when characters act inhumanly, there's a separation between our message and our audience. At best, it's mildly wacky wallpaper. At worst, enraging. (But that's just me. I clearly have too much time on my hands.)

Jeff Goodby once said that advertising, as an uninvited guest into our homes, has an obligation to not bore and yell at the residents. I'll take it a step further. This guest has an opportunity to help us laugh at our preposterous humanness. And along the way we can sell a boatload of Pampers. Who's kidding whom? 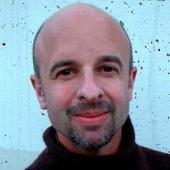 Sam Pond
Sam Pond is a San Francisco-based writer, director, teacher and speaker. He writes a blog about comedy in advertising at thecomedypond.com.
Follow View all articles by this author