Special Diet Options Abound in Stores in Early Spring
READ THIS NEXT
Inside Apple's New Campus: No Childcare (But You Can Freeze Your Eggs)

Something magical happens this time of year for people with celiac disease: It's called Passover.

An important holiday for the observant, it's also becoming a great time for anyone to find gluten-free products in special Passover aisles. It's time marketers took notice.

Celiacs need to avoid certain Passover foods, of course. Most matzo, for example, is made from wheat, which they cannot eat. Regular matzo ball soup doesn't turn into gluten-free chicken soup by removing the matzo balls after they've leached into the broth, and a gefilte fish will be gut-wrenching if made with conventional matzo meal.

Shortly after Lent, my wife, Jackie, who isn't Jewish but is seriously celiac, begins to salivate over what the local Stop & Shop will be stocking for Passover. She says she dreams about a Jelly Roll Cake from the Oberlander Bakery Co., a Classic Seven-Layer Cake from Zemer Cookies & Cakes or a Gluten Free Swiss Chocolate Roll from Shabtai Gourmet.

There are potato pancake mixes, brownie mixes and several flavors of macaroons. A company called Yehuda Matzos not only makes gluten-free matzos but offers them in "Toasted Onion," "Cracked Pepper Crackers," and "High-Fiber" varieties.

But she knows from experience that her window of opportunity lasts only a couple of weeks.

Mintel, a market research company, estimates that the gluten-free food and beverage industry is now a $10.5 billion business. By 2016, it will produce more than $15 billion in annual sales. According to Mintel, "some 24% of consumers currently eat, or have someone in their household who eats, gluten-free foods. Perceptions of gluten-free foods have moved from being bland, boring substitutes for gluten-containing products to everyday items that appeal to those with and without a gluten allergy. Three quarters (75%) of consumers who do not have celiac disease or sensitivity to gluten eat these foods because they believe they are healthier, despite the lack of any scientific research confirming the validity of this theory."

All this attention to Passover and gluten-free by people who don't even celebrate Passover seems to have been lost on marketers. It's time for the grocery industry to subtly brand Passover as the first gluten-free holiday.

Presidents' Day has been branded a national sales holiday, Thanksgiving as the start of Christmas shopping, and St. Patrick's Day as a time for all-day partying. So, while recognizing that many people uphold Passover traditions for religious reasons, why not also brand Passover as the season of the gluten-free? 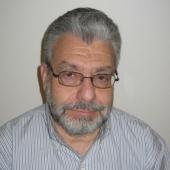