When It Comes Right Down to It, No One Is Interested in Staging a Revolution
READ THIS NEXT
Inside Apple's New Campus: No Childcare (But You Can Freeze Your Eggs)
Doug Stephens

With Ron Johnson's arrival, JC Penney has a CEO with a proven track record for brilliance, an executive team worthy of offices on Mount Olympus, vendors whipped into innovation mode and a revolutionary plan to erase customers' deal mentality. These ideas have fostered excitement, innovation and, above all, honesty. The plan seems to be unfolding as it should.

And that is precisely why it will fail.

When it comes right down to it, no one is really interested in staging a revolution. Sure, observers may nod their heads in stoic support but they're rarely on your side to begin with. Revolutions, you see, involve courage, risk, some failure and loads of accountability -- all things that are sadly lacking in the business world these days.

In truth, Mr. Johnson would have made more friends on Wall Street by closing a bunch of stores and laying off a few hundred people. That usually gets a standing ovation from stock analysts. In fact, there's often an inverse (and some would say perverse) relationship between corporate bloodshed and rocketing stock prices. The market likes overhead cuts more than grandiose plans for change. 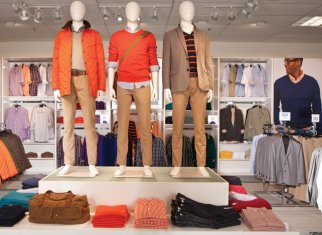 As for shareholders, well, you don't really buy stock in a department store because you're looking for risk. I can't help thinking it was this risk-averse investor mentality that at least influenced decisions such as the Martha Stewart product alliance, which left me and other industry analysts scratching our heads. With so many awesome upstart brands out there, why JC Penney decided to hitch its wagon to a dinosaur was an absolute mystery. What on earth could Martha Stewart mean to anyone under age 30, the customer of tomorrow? The only thing the Martha Stewart line could do, it seemed, was maintain the status quo and keep investors happy.

Faster, Better, Cheaper
When it comes to product vendors, they want to write orders, not history books. They're certainly not interested in redefining anything, much less the department store. Most would rather keep playing the game the way it's always been played -- a discount here, a discount there and everybody's happy. The mere utterance of the word "innovation" sounds expensive and risky to a vendor.

And if you ask customers what they want, inevitably, they'll want you to do exactly what you do now, only faster, better and cheaper. In fact, many consumers say they'd rather get a discount than pay a fair and honest price --even if they know the regular retail price is fictitious! Some would call that madness. But consumers, and especially those of JC Penney, had developed an insatiable addiction to coupons, discounts and rollbacks. It was this very addiction to cheap that kept JC Penney in the race to the bottom for decades. Yet the goal should never have been to make existing customers happier but rather to find entirely new customers.

On June 19, after just eight months with the company, JC Penney President and Target alum Michael Francis was escorted to the curb with a "Kick Me" sign on his back and $10 million in his pocket. It was a strange fate for the man who only 10 months earlier had been hailed by Mr. Johnson as "an extremely talented executive with the vision and courage to reimagine the department-store experience." Short of his own employment, Mr. Francis didn't get much of a chance to reimagine anything.

In the lead-up to Mr. Francis' departure, total organizational sales had fallen more than 20%. Same-store sales were off 19%, and most financial analysts were pointing to the new retail-pricing model, lack of coupons and bad leadership as the culprits. Mr. Francis seems to have taken the fall for all of it, but now many in the industry are wondering if Mr. Johnson was ever really cut out for this job in the first place. Perhaps he doesn't have what it takes to turn around JC Penney. Perhaps he just doesn't get how the game is played.

The real question is , does anyone? Could anyone around turn JC Penney or any major business anymore? We live in a world that considers "long-term vision" as the span of time between earnings calls. We demand innovation so long as it doesn't interfere -- even for a quarter -- with shareholder greed. We'd rather sell to the wrong customer than lose a customer. And we love risk -- provided, of course, that it's risk-free.

You see, the point is not that Mr. Johnson is failing. It's that he just can't win.

ABOUT THE AUTHOR
Doug Stephens is the founder of Retail Prophet Consulting and is the author of "The Retail Revival."

Doug Stephens
View all articles by this author