For those of us of a certain age (OK, boomer), pharmaceuticals—and pharma ads—have long dominated the commercial breaks during our favorite procedurals, news or golf programs. But in the COVID age, new health policies have brought pharma further into the spotlight, causing major changes across the industry.

These changes are posing profound challenges for healthcare marketers in 2022, but also tremendous opportunities. I see several major changes that will transform to a great extent how agencies and the healthcare industry market to healthcare providers and their patients.

Here are the four trends that will dominate the new year:

The cost of pharmaceuticals has been in the government’s crosshairs for some time. Before leaving office, former President Trump signed four executive orders aimed at reducing those costs, among them a plan to lower high insulin prices and one to ban drug makers from providing rebates to insurers.  The Biden administration canceled both of these orders, and has proposed its own price-reduction plans.

Whatever happens on the fractious national scene, the states are taking the initiative to control the price of drugs. As of this year, 42 states have considered legislation to revamp regulations on local drug prices. Some efforts have stalled, but most have either been referred to committee, passed by the state senates or signed by the governors, according to the National Academy for State Health Policy.

Consider how a multitude of different drug price levels will impact agency creative, the need for a multiplicity of different ads and the requirement of real-time price transparency. We’re envisioning a patchwork of regulations that can wreak havoc on the healthcare marketing ecosystem, and it’s a challenge that will likely accelerate in 2022. I see a growing demand for national guidance, not only for patients’ sake but also on what drug marketers must do to comply with privacy and price transparency.

2. A multiplicity of new caregivers

Time was if you got sick you went to a physician or you went to the hospital. But the healthcare provider arena has undergone significant changes, with many more organizations and vastly larger players vying for patients. The walk-in clinic phenomenon has been rapidly maturing, with an estimated 11,000 already in the U.S. Urgent-care clinics, the largest segment of the walk-in phenomenon, has grown 5.9% per year on average between 2016 and 2021, or 400 to 500 new centers per year according to the Urgent Care Association.

The most transformative development has been the rapid rise of retail clinics, located in such disparate environments as retail stores, pharmacies and supermarkets. MinuteClinic, owned by CVS, has some 1,100 locations in the U.S., making it the largest walk-in player today. CVS, which can control drug prices, also owns Aetna insurance, which in turn can direct customers back to CVS.

This growing healthcare juggernaut, also being driven by Walgreens, Walmart, Target and even Dollar General, is now joined by Amazon. The e-commerce giant initially opened clinics only for its own employees in a few locales, but this year expanded to Philadelphia, Chicago, Dallas and Boston. The behemoth retailer now plans to expand to 16 more cities in 2022 with both tele-health and in-person treatment, and is pitching its services to CVS’ Aetna and regional Blue Cross groups.

For the marketer, these various players present a new complexity in promoting pharmaceuticals, medical devices, hospital ecosystems and more.

The days of the sole healthcare practitioner are coming to an end and will have an outsize impact on marketing in 2022. Seeking economies of scale, physicians are joining hospitals and major health systems en masse. And with the pandemic and continued economic uncertainties, we will continue to see an even sharper uptick in partnerships and consolidation in 2022. According to McKinsey & Co., 68% of physicians looking for partners listed financial concerns as the primary driver of consolidation.

If you’re a life science or medical device manufacturer, you’re now faced with having to sell into these large health systems instead of reaching out to small practices, and this will only accelerate next year. This in turn is having a profound impact on programmatic marketing, as noted in PulsePoint’s The State of Health Media report, driving brand awareness among patients and healthcare providers alike.

Finally, we come to the continual revolution in data. In the past, healthcare provider data was at first scarce and then incredibly fragmented. The data in labs is separate from prescription data. Hospital data is siloed from data about the professionals who work there. And as for data that’s accrued by wearables such as smart watches—also not linked to other data.

While interoperability of medical health records has been a hit-and-miss goal over the years, the quickly evolving FHIR (Fast Healthcare Interoperability Resources) standards are shaping up to help change that, driven by physician, marketer, manufacturer and patient demands for progress.

This in turn has opened opportunities for such companies as DataVant and other private organizations to make more sense of the data, and better tailor campaigns to reach physicians and patients alike. Companies across the healthcare segment will be able to use this data to provide better efficiency, lower costs and better care.

PulsePoint is a leading technology company that uses real-world data in real-time to optimize campaign performance and revolutionize health decision-making. Leveraging proprietary datasets and methodology, PulsePoint targets healthcare professionals and patients with an unprecedented level of accuracy—delivering unparalleled results to the clients we serve. The company is now a part of Internet Brands, a KKR portfolio company and owner of WebMD Health Corp. PulsePoint’s teams operate as their own division from their existing hubs in New York, San Francisco, and London. For more information, visit pulsepoint.com. 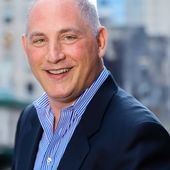 Sloan Gaon is the CEO of PulsePoint, leading the company’s vision and mission to deliver better health outcomes through data and technology.

A renowned industry veteran, Mr. Gaon has executive management expertise in global digital marketing, content and e-commerce. Prior to joining PulsePoint, Gaon served as CEO of Dotmenu, the leading online food e-commerce company, where he successfully navigated its acquisition by Grubhub. Through Dotmenu's flagship sites Allmenus and Campusfood, Gaon successfully grew reach and revenue for the biggest network of restaurants across the nation.