Brands need to strike a balance to succeed in the metaverse

There’s a notion in innovative industries that radical inventions are the best solutions to big and small problems—and that users will follow once they see how much better the new thing is than the current. But, in reality, these types of revolutionary products and experiences rarely stick, especially in the beginning.

Instead, it is incremental innovations—where exciting new capabilities are married to comforting markers of familiarity—that tend to attract audiences and keep them engaged. As brands begin to experiment with technologies, platforms and environments related to Web3 and the metaverse, they should be mindful of historic trends around user adoption.

Brands need to understand that if they want their new experiences to attract a broad user base, they have to build on familiar behaviors and products.

A history of incremental steps forward

In 2001, Apple described the first iPod as a “breakthrough” that “invented a whole new category.” This is true, but the iPod didn’t appear out of thin air. It was a logical step from portable players of physical music, which most people were already using, to portable players of digital music. The user experience was wildly better, but what was so integral to the product design was that Apple chose a wheel as the interface control: The dial immediately referenced the way people had been experiencing music for decades. From radio knobs to records to CDs to as far back as the famous Dieter Rams T3 transistor radio, the connection between the dial’s roundness and audio was immediately recognizable. Apple’s big step from physical media to digital media was made more palatable, and comfortable, by a familiar connotation in the product.

Another example came just a year later, in 2002, when the first Blackberry took a phone with internet connectivity, a radically new concept, and made it feel familiar by using a full keyboard. Even though those buttons were impossibly small for the device, they created a comforting bridge between the computer-based internet we were used to at home and the mobile experience of our phones. More recent examples include how the Google Nest Thermostat used a dial that looks and acts like the classic Honeywell thermostat. Or how Snap put a camera into sunglasses, a much more palatable step into AR wearables than the asymmetric Google Glass of years before.

This principle of balancing newness with familiarity plays out in experience design as well. Spotify famously tells the story of its first Discovery playlist feature, where playlists were composed of all new tracks. But these playlists didn’t hold the listener's attention and Spotify was confused—listeners had opted in to discover new music, so why did they drop out?

The answer came because of a mistake. When an algorithm error started adding songs the user was known to like and listen to, all of a sudden people started sticking with the Discovery playlists. The insight was that they didn’t want to hear only new songs, but a mix of things they liked and new things to discover. This was a more familiar behavior, rooted in the days of curated mixtapes or record crates, where artists, songs and DJs that listeners already liked were a springboard to discovery.

During extensive ethnographic research around streaming TV behavior, respondents universally reported that the formula they use in deciding what to watch is something new that grabs their attention but that also has a familiar reference: Be it an actor they already like, a network where they’ve previously found great content or even a specific recommendation from a friend they trust—viewers want a feeling of comfort. In very, very few instances did people report choosing something totally new or different to watch.

At Elephant, this insight has informed design and content decisions in our work with streaming TV interfaces. For example, when NBCUniversal set out to enter a very saturated streaming market, they faced a challenge: Viewers already had more choices than they could manage mentally or financially. So what does an iconic entertainment company do to make their mark within this landscape?

We worked with NBCU to marry familiar behaviors from classic live TV viewing with the modern and emerging behaviors of streaming and social media to create a whole new experience. Within Peacock, you can explore channels that autoplay like a TV guide, you can browse titles like a standard streaming app or you can watch timely clips and highlights like on social media. This combination of old and new created an experience that is super fresh while being immediately comfortable to use. And the user adoption followed—Peacock now counts over 50 million users.

Another example of this dynamic was the creation of the brand Marcus by Goldman Sachs. It was Goldman Sachs’ first ever direct-to-consumer product offering, requiring the creation of a brand that would appeal to people in the consumer banking space. What we found through extensive user research into brand positioning and naming was that if Goldman Sachs went with a brand-new name, people would feel less likely to trust the company with their money. And if Goldman Sachs went with the parent brand alone, people would think the product was for high-finance types only.

A combination of something fresh and inviting, plus the credibility and expertise of the parent, checked both boxes—and Marcus by Goldman Sachs was born. This approach was also infused into the launch campaign and digital product itself, underpinning stories, content and design with elements of the parent brand to reinforce trust. Ultimately, when people felt they could get the power of Goldman Sachs to work for them in a way that was accessible, they were sold, and the growth of the business reflects that—Marcus by Goldman Sachs attracted over 1 million users in the first year.

Adding value in the metaverse

With any new medium, the first thing creators do is re-create familiar content in the new format. The first shows on live radio were news and books read aloud. The first things recorded on moving film were plays. When social media first opened to brands, most of the activations were campaign websites ported into Facebook pages. All of these lean into familiarity as the first step; it’s not until after this first wave that the medium is experimented with in both unexpected and inviting ways that attract broad audiences and frequent usage.

More news about Web3 and the metaverse
WTF is an NFT, Web3 and other metaverse marketing mysteries
Ashley Joseph
5 metaverse trends for brands to watch
Asa Hiken
What brands are getting wrong about the metaverse
Brian Wallace
Top 4 predictions for the audio metaverse
Kurt Kaufer
How Web3 can help brands create an inclusive metaverse
Krista Harder

Most of the metaverse experiences today are following this first-stage playbook—re-creating the real world as 3D digital environments. From the Nike shop, to the Miller Lite bar, to the MVFW (Metaverse Fashion Week), these familiar real-life experiences are being ported into a new environment and opened up for all to see. But it’s not obvious what problem these experiences are solving for, what behavior they are enhancing or what new value they are promising. For broader audiences to engage, and come back, it needs to be clearer what value is being added to a familiar behavior or product, exclusively within the metaverse.

One example brands could tap into is creating a new experience for remote work. Meta’s Horizon Workrooms build a familiar space around meeting rooms and white boards while enabling live collaboration on digital files in a way that wasn’t possible in person and clunky when attempted by combining multiple platforms. Another possibility is building on AR interior design experiences to allow users to try out how art and furniture fit in a physical space. It’s easy to imagine a metaverse experience that enables exploring how these design decisions might feel, not just look. And that is something that is uniquely possible in an immersive environment.

Ultimately, there is nothing wrong with experimenting in the metaverse; it’s the only way to unlock its true potential. For ambitious brands wanting to dip a toe into this new world, they should think about what familiar behaviors and environments they are currently enabling, and then conceive what new value they can develop in an immersive digital space. 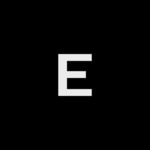 Elephant is a creative company moving ambitious brands into new worlds. We work with established and emerging brands like Apple, Comcast, and EA to tap into new audiences, create new markets, and build new businesses. Our multidisciplinary teams are distributed across the US and globally with concentrations in New York, Los Angeles, and San Francisco. Let’s create something new together.

Theo Soares is VP of strategy at Elephant, a creative company moving ambitious brands into new worlds. Elephant is part of IPG with presence in New York, Los Angeles and San Francisco.