The trio of initiatives include a speaker series, a conference for enthusiasts, and a podcast
READ THIS NEXT
NBCUniversal takes its upfront from Madison Ave to Main Street with '30 Rock' reunion 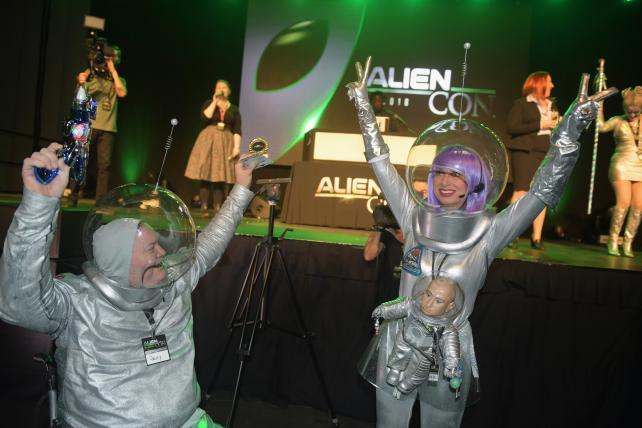 History, owned by A&E Networks, is looking to engage its viewers off the TV screen. The network will roll out three new experiential brand initiatives for their 25th Aniversary: a History convention, traveling speaker series and podcast.

TV networks are increasingly looking for ways to connect with viewers who have become accustomed to watching their content on platforms outside of their own channels and sites.

This is one of the biggest initiatives from Paul Buccieri since he become CEO of the company in July following the departure of Nancy Dubuc, who now serves as CEO of Vice Media. This will be Buccieri, who previously served as head of A&E's studio business, first upfronts at the helm.

"We're really looking for new ways to engage the passionate history fans beyond our linear networks," Buccieri said in an email. "The plan is to give them more of what they love and create an environment where they can engage with historians and our talent."

"It's a space for a lot of brands to reach out to the consumer directly and have them experience the best of the brand first hand," says Lance Still, senior VP of consumer enterprises at A&E Networks.

In April 2020, history buffs will get their own immersive experience with the launch of HistoryCon. The new convention, to be held in Pasadena, Calif., will feature network talent, as well as historians and authors. It will also include interactive exhibits and virtual-reality experiences.

History Talks will debut this fall. The traveling speaker series includes panels of experts, authors, historians, and political figures who will discuss and engage with their audience and fan base on noteworthy, historical events.

Also early next year, History will begin to roll out a podcast series with the working title History Speaks that will include extended interviews, original content, behind-the-scenes footage and conversations with network actors. The network has run podcasts before for series such as "Project Blue Book," "Knightfall" and "Vikings."

"We see that the History fans are there, so we wanted to create these three very immersive opportunitites that will serve those fans," Still says.

There will be both national and local marketing behind the events and Still is being mindful about their sponsorship.

"We're looking for brands that really align with us from a brand integrity and trust standpoint," Still says.

A&E will unveil these events to agencies and their clients on Wednesday night during its upfront presentation at Jazz at Lincoln Center.