Update on April case study shows how the the live events giant underestimated the catastrophic effects of the coronavirus on its business
READ THIS NEXT
Why so many marketers are 'leaning in' to Twitch
Credit: iStock

On Wednesday, Rolling Stone published the details of a memo it had obtained from Live Nation to talent agencies. As the concerts giant deals with the catastrophic effects the COVID-19 pandemic has wrought on its core business, the letter outlined how Live Nation planned to mitigate the massive losses it has suffered this year: by passing on much of the financial liability to the artists themselves in 2021. Among the policies Live Nation is implementing next year: cutting the "guaranteed" payments to artists if a show is canceled from 100 percent to 25 percent, and requiring artists who cancel performances to reimburse the company two times the artist's fee. 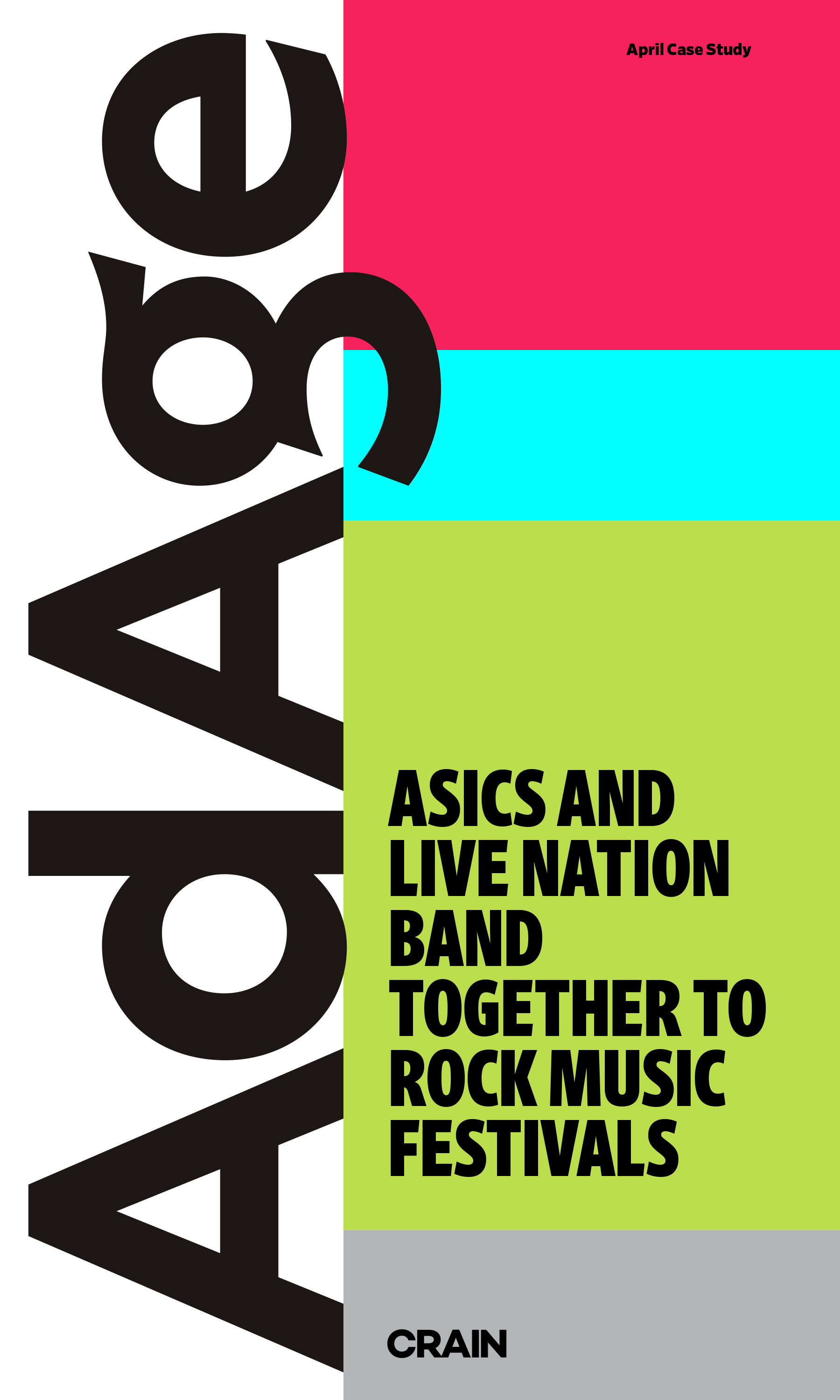 Two months ago, when Studio 30 contributing writer Tony Case reported on Live Nation and Asics' experiential marketing partnership at three of the concert behemoth's biggest festivals, the countrywide quarantine was well under way. But even in the face of that reality, and forecasts of the virulent spread of the novel coronavirus, Live Nation was hopeful that it would be able to make the most out of an incredible, uncontrollable situation: After canceling the first of the big three fests, Governors Ball in New York, the company postponed Bonnaroo until September and announced they were still planning on staging Lollapalooza in late July.

Even with business on pause, Live Nation at the time seemed to have weathered the worst of it. Its stock, after initially plummeting to half its value, bounced back following congressional approval of the stimulus package and the improvement of the situation in China, where the coronavirus originated. Live Nation CEO Michael Rapino commented that Live Nation has the “financial strength to weather this difficult time,” adding, “We will be ready to ramp back up quickly and once again connect audiences to artists at the concerts they are looking forward to.” By early April, one analyst was predicting in Barron’s that Live Nation’s share price could more than double in three years’ time.

Since then, the company has had to deal with the continuing cancellations of concerts and live events—including Lollapalooza, which was officially called off on June 9—and retool plans for the second half of the year, as the country continues to reopen.

“As things start opening up a bit, what does a live experience mean in a world of social distancing?” Russell Wallach, president for Live Nation’s media and sponsorship division, told Ad Age's E.J. Schultz and Jessica Wohl in May. The company, which owns more than 200 venues globally, is exploring events like drive-in concerts and camping events—“based on what’s permissible by the local municipality,” said Wallach.

Update: Despite the optimism, the company finally pulled the plug on Bonnaroo on June 25 and announced the festival would take place June 17-20, 2021.

Bonnaroo Music & Arts Festival will not take place this September 24-27, 2020 as originally rescheduled. All ticket holders will receive an email with info on how to roll your ticket over to the 2021 festival or receive a refund. View full statement here: https://t.co/D1sA4OlEoE pic.twitter.com/H4bz0jUXpD

In other news, Live Nation Urban, a subsidiary of Live Nation Entertainment, joined the fray of corporate supporters of the Black Lives Matter movement by declaring June as Black Music Month. See the "Brands' Responses to Racial Injustice Blog" for more information.

Why so many marketers are 'leaning in' to Twitch