Spotify going public was a huge marker in the convergence of technology and music. Its transformative success has helped usher in a new era for music, one marked by growth. Finally, a music tech company is the talk of Wall Street, and tech investors can feel safe putting money back into music again. And this rising tide has raised a lot of ships. The question now is, what comes next?

With fresh momentum—and its first growth in revenue in 20 years—the music industry is the proverbial phoenix risen from the ashes. And there's another bright point in its future, one it's time to take seriously: blockchain (or, if we're slightly less serious, rockchain).

Getting paid in the music business is complicated, from the way royalties work on recorded music to how much money is paid on streaming versus radio airplay to how many tickets an artist is worth and his or her overall price per performance.

Artists owning their relationships with customers

On sales, artists do not know who their consumers are. They have no idea who is actually buying their music and neither do their record labels. In addition, thanks to Ticketmaster, they have no real data on who is buying their tickets.

Blockchain, in theory, can help solve both of these challenges.

Start with the business of selling records. The old model no longer makes sense. The simple concept of selling physical records was configured for a different era. I love seeing so many of these "record labels of the future" popping up and positioning themselves as modern-day music companies, but, for the most part, many seem to have the same hit-driven model of putting out tracks and collecting revenue. Instead, they need to get more innovative around transparency and direct-to-fan engagement, which blockchain can provide. Through a decentralized system, artists will have direct contact with their customers. Each buyer will be registered. Each conversation will be direct. Artists can know exactly how many units they've sold and calculate how much revenue they should be earning. Plus, the data of all of these fans will now be revealed and can be leveraged.

Next up, we tackle publishing and the tracking of royalty rates. Blockchain adds new methods for monitoring copyright data by automatically compiling every transaction into a ledger in a verifiable way, allowing for innovation, as the trends move from MP3 and WAV files to streaming and beyond. The publishing business is complicated and payments at times feel arbitrary, based on archaic payments that blockchain can improve. We can fix this by attaching blockchain to each registered track. The creators can see how their music is moving through the ecosystem of streaming, radio, performance rights and licensing, and see real-time data on revenue.

From there, we can reimagine live music, ticket sales, touring, merch and more. The smartest place to start would be in reinventing the fan club on Blockchain. This way, payments can be tracked in their entirety with the relationship between artist and fan becoming more direct, empowering and fun.

Blockchain stands for something revolutionary: bringing the power back into the people's hands, empowering artists and fans to directly transact. When the music industry starts adopting more alternative cryptocurrencies, it will empower artists and take transparency to a new level by allowing artists to disintermediate the middlemen (labels, retail stores, streaming platforms and others) and become their own whole ecosystem. In addition, by applying the technical breakthroughs of these networks, we can effectively organize data about music for the first time in human history and, more important, reinvent the way artists/rights-holders get paid and value themselves.

Music has always been a leader in culture. Not only through artists (the most dynamic and charismatic creatives you can imagine), but with the sound itself, which travels fast. This was the first industry the digital revolution decimated and we now have a chance to be a first mover in reinventing ourselves with blockchain.

This is not a time for complacency. Let's seize the moment. 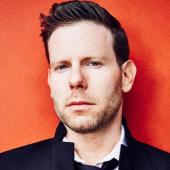