How marketers can find their own language to speak with more cultural confidence
READ THIS NEXT
Connecting with Hispanic consumers—how brands can communicate with authenticity
Credit: iStock

Admittedly, this can be disorienting. What are marketers and brands to do?

Inescapably, a brand that chooses one favored term neglects others. But it would be a mistake to think the best path forward is simply adopting the most popular term at the time. A recent ThinkNow poll demonstrated that Hispanics prefer a range of terms. Amongst the interesting findings: 46% of those surveyed preferred Hispanic, 24% Latino/a, 4% American and 2% Latinx.

A brand’s decision on naming its audience must ladder back to its mission and values. This means using Latinx might not only be justified but imperative. The same is true, of course, for Hispanic and every other term.

Take, for example, a recent decision by Los Angeles Times’ writer Fidel Martinez to name the publication's popular Latinx-focused newsletter “The Latinx Files.” Martinez said that the choice to use the word Latinx was out of a desire for inclusion, representing a new spirit of unity. For Martinez, it also meant putting to rest existing terms that don't work for his cultural identity. This hasn’t ended the criticism over the term Latinix—in fact, it’s gotten even louder—but Martinez’s is grounded in a mission and in values that aren’t easily swayed by the opinions of others. Today, The Latinx Files is the most widely subscribed Latinx-focused newsletter in the country.

By contrast, in 2021—almost seven months after the Latinx Files newsletter began—the Times also launched a content portal featuring stories about Latinos called “Latino Life,” created by Assistant Editor David Carrillo Peñaloza. “From my 23 years in journalism,” he said, “people in California and on the West Coast prefer Latino over Hispanic if you’re trying to put Mexicans, Salvadorans, Guatemalans, and people from Latin American countries together.” Peñaloza grounded his decision in personal experience and collective history.

In the run-up to Hispanic Heritage Month, brands might be searching for a silver bullet term, one that signals respect and cultural relevance. While I can’t hand you the one-size-fits-all term, I can offer you perspective to find your own language to speak with more cultural confidence:

Give the culture voice in the decision-making process

In an age of increasing transparency, consumers expect their favorite brands to reflect their values and experience. In both examples above, Latinx and Latinos had a serious voice in the decision-making process. Your brand must consider allowing for the same. This might involve giving away decision-making power in pursuit of greater influence. This is a mandate not only for brands but for ad agencies at which Latinx representation in advertising is dismal.

The conversation around nomenclature, while important, mustn't take up all the bandwidth. After all, what you call someone is only the first signal in an ongoing conversation. The Hispanic audience is receiving and interpreting your brand’s signals, both explicit and tacit, all year long. There is no Latine Heritage Month activation that will speak louder than what you say throughout the year. Your activities should flow from a perennial commitment to cultivate a rewarding relationship.

Call it what you want, but own it

The mission and values of the brand must continue to materialize over the course of the relationship. In what ways are you promoting the Latine talent within your company? How are you championing causes closest to the heart of Latinx consumers? When a brand genuinely adds value to their Hispanic consumer base, that’s when you’ve truly called us by name.

Call it what you want. We’re listening. 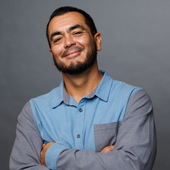