If you use social media to become 'famous for being famous,' you obligate yourself to change according to the whims of its followers
READ THIS NEXT
Generative AI—how marketers should navigate consumer distrust
Credit: Kim Kardashian via Instagram

Kim Kardashian West eventually caved to the social media backlash that arose from her decision to brand her new line of shapewear Kimono, opting for the less culturally inappropriate Skims instead. But that doesn’t mean all brands now need to ensure their naming decisions pass muster with customers.

Certainly we have entered an era in which it’s critically important to use social media for listening and learning from customers. And if your brand is not well-known or well-developed, conversations on social networks can be a valuable source of insight on how your ideas and messages are interpreted and how well they resonate with your target audience. But harsh criticism doesn’t necessarily require you to change your course—especially when it involves a last-minute, costly scramble as it did for Kardashian West, whose company had to relabel two million garments, just weeks before the scheduled brand launch.

The predicament Kardashian West found herself in after she announced her brand’s offending name was unique—and all her own doing. By examining her missteps, we can glean valuable lessons for selecting names that brands can, and should, stick with.

Ripe for backlash
Kardashian West built her brand—and her stardom in general—by baring herself (literally and figuratively) to her fans on social media and provoking viral conversations about herself through over-sharing. In doing so, she made herself vulnerable to the power of social-media backlash. She excused her problem in an interview with WSJ Magazine as the consequence of being held to “a different standard” because there are “more eyes on me and my brand.” But her situation isn’t distinguished so much by the amount of scrutiny as it is by the self-inflicted nature of it.

The lesson for other brands is to not mistake social-media participation with brand-building. Social networks are terrific media for storytelling, but brands should first concern themselves with story-doing—creating real value for customers through relevant and differentiated products, services and experiences. If you use social media to become “famous for being famous,” you obligate yourself to change according to the whims of its followers.

My fans and followers are a huge inspiration to me – I’m always listening to their feedback and opinions, and am so grateful they shared their ideas for a new brand name. After much thought and consideration, I’m excited to announce the launch of SKIMS Solutionwear™ pic.twitter.com/3bV5MwblDr

Kardashian West also brought the problem upon herself by ignoring earlier warning signs. Plenty of negative response had been expressed back in May of last year, when it was first reported that she had filed documents to trademark “Kimono Intimates.” And yet, she feigned innocence when she posted on Instagram about the recent name change, saying, “When I announced the name of my shapewear line, I did so with the best intentions in mind.” It doesn’t seem plausible for someone who is so attuned to her social-media audience to have not heard the previous concerns. It’s more likely that she simply ignored them.

Instead, it's important to listen carefully to customers and engage in authentic, thoughtful conversations about criticisms. You need to get out in front of any potential escalation. Most critics primarily want to be heard and valued—and if they’re engaged at the right time and in the right way, their concerns can be satisfied or at least softened.

Name game
Kardashian West’s penchant for using names with shock value is another reason why the damaging situation, which could have been avoided, wasn’t. She and her husband Kanye West named their first child North (creating the full name North West); their second, Saint (dooming the kid to playground taunts or worse); and their most recent Chicago, after Kanye’s hometown. Kardashian West told fans they would be calling their daughter "Chi" (pronounced “shy”), which is probably a nod to the city’s colloquial moniker “Chi-town.” This trend of favoring attention-getting over appropriate names backfired with the brand name Kimono. It was simply a play on her name—and a nonsensical one for a line of shapewear, given that kimonos are typically loose-fitting outer garments.

The brand lesson here is simple. You should evaluate potential names on how well they resonate with their target, how well they differentiate the offering and how enduring their appeal will be. A conspicuous, salient name can be extremely effective, and you should feel free to take creative license and even select a name that might alienate some people—but brand names should do more than attract attention.

Throughout history, marketers have faced criticism for their brand-naming choices. Case in point: Ten years ago, many people derided Apple’s choice of the name “iPad.” But you can dismiss your critics, as Steve Jobs did, if you have already built a valuable brand, provided a thoughtful response and have based your decision, not on what is cute or clever, but on what is useful. 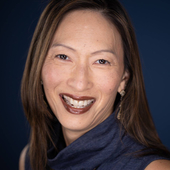