Consumers and employees expect to hear something, even if it is not a definitive position on abortion
READ THIS NEXT
How new EU rules could create a safer and more trustworthy online advertising ecosystem
Credit: Bloomberg

It is increasingly difficult for brands to avoid politically charged issues or the polarizing rhetoric that now defines public discourse. The recent leak of a draft opinion by the U.S. Supreme Court overturning Roe v. Wade has provoked such strong feelings that brands need to be prepared to address it.

Gone are the days when brands could exist outside the political spectrum and simply “stay in their lanes” by not engaging on hot button topics such as abortion.

Consumers and employees expect to hear something from brands, even if it is not a definitive position on abortion.

Here are ways brands should respond to the possibility that, in at least half the states in the union, abortion might soon be banned or limited:

Talk about health care as a larger issue

Many of the clinics that perform abortions also deliver other health care services. If abortion is outlawed, a lot of those clinics will close, and patients will be negatively impacted. Brands should strongly support equal access to reproductive health care for all people.

When brands promote get-out-the vote efforts, they don’t endorse a particular candidate. Rather, they speak about the importance of universal access to the ballot. The message here should be the same. Brands should come out in support of universal and equitable access to health care. One important and visible way to do this is to sign on to the Don’t Ban Equality statement that a coalition of groups created in response to state laws restricting reproductive health access.

Make sure your own house is in order

Major brands employ a lot of people in various parts of the country. Employees will be looking to their companies to offer support and guidance in this new environment. Citigroup has announced it will pay travel expenses for employees in Texas who seek abortions. Tesla recently made a similar commitment.

Be very clear with your employees about what health care services and other benefits you are prepared to provide. Do this now. It could take months to implement new policies, and employees are already asking these questions. With many companies still reeling from the Great Resignation, this is a matter of recruitment and retention.

There is no more private communication

Anything you communicate to employees about your position or policies as a company should be assumed to be public. There should be no daylight between what is said internally and what the public position is.

Talking about abortion rights is not the same as talking about racism or sexism. It is straightforward to oppose discrimination and there is no reason to tiptoe around it. But abortion is a grayer area: There are people on both sides of the issue and companies need to represent all their employees.

While most brands are unlikely to come out definitively as pro-choice or pro-life, they can’t ignore the elephant in the room. Brands that are geared toward women, especially those whose messaging is centered on female empowerment, need to understand that, in this environment, everything they do or say will be understood through the prism of the abortion debate.

In 2014, the Black Lives Matter movement was controversial. Most brands did not wade directly into the conversation around the protests that were popping up all over the country. A few years later, everything shifted, and brands rushed to embrace BLM as a badge of honor.

It is too soon to know if something similar will play out around the abortion debate. We’re in a small window now where we expect Roe v. Wade to be overturned but it hasn’t happened yet. It’s possible one or two high-profile brands will decide to take a very clear stand—as Nike did in making Colin Kaepernick the face of one of their campaigns after he was criticized for taking a knee during the national anthem—and many more might rush in.

Recognizing that moment and making a quick yet thoughtful decision will be key to appearing authentic to customers and employees.

Brands need to find the right way to address a difficult topic. Supporting equal access to reproductive health care and providing needed support to your employees regardless of where they live is a good way to communicate to consumers that you are cognizant of what’s going on in the world without alienating those who feel very strongly one way or the other. 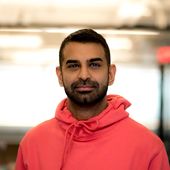 Rana Reeves is founder and CEO of RanaVerse.