Super Bowl commercial brands should be striving for more

This isn’t exactly a new development. The 2022 body of work hews to a certain type of Super Bowl spot that’s gone from niche to norm over the past decade or so. And may even be cresting. Consider the following oversimplified summary of this year’s spots:

Eugene Levy as an action film star with fabulous hair for Nissan. Matthew McConaughey reciting rhyming verse in a hot air balloon from outer space for Salesforce. Snoop and Martha Stewart making marijuana adjacent jokes in the backyard for Bic. Lindsay Lohan with a bedazzled ankle monitor and a William Shatner VO for Planet Fitness. Megan Thee Stallion as a literal song bird for Cheetos/Doritos. Hannah Waddingham with a hairless cat for Rakuten. Gwyneth Paltrow munching on a candle for Uber Eats. Kevin Hart and Guy Fieri and Ken Jeong being so very Kevin and Guy and Ken. Callback cameos—from Dennis Rodman to Steve Buscemi to The Most Interesting Man in The World—abound. Peyton Manning everywhere, of course.

The most obvious thread is celebrity talent. It feels like we’ve hit peak celebrity. By my math, 87.3% of this year’s spots feature at least one celeb. Often a multiplicity of celebrities. There are good reasons for this. Celebrity talent is immensely, well, talented. When you’ve only got 30 seconds to break through an extraordinarily competitive, expensive, frenetic environment—where a lot of your audience is at a noisy party and probably also drunk—celebrities make sense.

There’s an old phrase in our industry. “Borrowed Interest.” It is usually meant pejoratively. But I don’t really buy that. I don’t think celebrities serve as “borrowed interest.”

I think they serve as “bookmarks.”

That is, celebrities come with an entire back story that is baked into the consciousness of a couple hundred million Americans. We all intuitively understand the meaning of a Martha or a Matthew or a Megan. So, it allows agencies and advertisers a shortcut to the core of their story. With celebrities, we’re not starting from zero. We’re starting from the known. We can therefore skip the setup and get right to the heart of the spot.

Which is a huge advantage when every ad is a $10 million movie lasting a mere half minute.

I suspect a lot of the headlines this week will be about the cavalcade of celebrities in this year’s Super Bowl advertising. What strikes me, though, is how similar the beats are in so many of these spots. They start out quiet for a moment, and then the product in some way triggers a chain reaction of escalating madness. Quick cuts, time leaps, and surrealism ensue. It’s Chaos Muppetry—but with people, not puppets. There’s a resolution. The brand announces itself. And then there’s often a button suggesting everything is about to blast off again.

This construct is tremendously satisfying in this cultural moment. It’s sugar. It’s a dopamine hit. And that’s precisely what we could all use more of this year. We’re coming off two years of delayed pleasures and shared experiences unshared.

Of course, there’s a massive imperative to “win” the Super Bowl. It is entirely understandable at these prices. (Approximately $333,333 per second of airtime!) I guess the question I have is what we mean by “win.” And what could or should we mean?

Is it winning Monday morning?

Or should we be striving for more? And maybe deliberately forgetting a tiny bit of what we’ve internalized of late about what it takes to win the poll. And remembering, instead, what we’ve always known about winning the people.

Which could unlock a broader swath of our powerful creative potential in the process.

I know the Super Bowl is impossibly expensive. And it probably should be. The Super Bowl is the last place for advertisers to go in America to get the collective cultural attention of everyone. Yes, I know we’re sharing that space with nachos and beer. But it is still the one place to garner the eyes of all of America all at once.

So what are we going to do with that opportunity?

I’d argue that only a few spots this year carved out a meaningful ownable space to inhabit much beyond Monday. Budweiser wasn’t just about a horse and a dog. It was about the enduring value of trust and care. Salesforce was about the wonder of the right here, right now in a world that seems forever future-focused. GM was about making something that’s generally polarized and politicized attractive to everyone.

Given a choice, I’ll always choose long-term meaning over Monday. We can even keep the celebs and the chocolate cake if we’d like. But in 2023, let’s try to win all the tomorrows too. 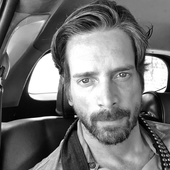