Biggie Smalls with 50 Grand, from Netflix's 'Biggie: I Got a Story to Tell.'

We have all had that moment in the club or bar when you hear the beat drop and a Biggie classic starts pumping out of the speakers. There is an energy, a change in step, a feeling that moves through the room. That to me is the Biggie legacy, it is a feeling. Twenty-plus years after his untimely death, the words “Spread love it’s the Brooklyn way” and “It was all a dream” adorn street art, merchandise and clothing globally. The words are so powerful that when you say them, they automatically bring a smile to your face.

“Biggie: I Got A Story to Tell” is dropping on Netflix, March 1. The documentary is set to portray the many sides of the legendary rapper. His mother Violetta Wallace and close friend Sean ‘’Diddy’’ Combs are both executive producers for the documentary.

Biggie, birth name Christopher Wallace, continues to be one of the most influential voices in hip hop, shaping culture and inspiring brands. Most recently, Pepsi turned an unreleased Biggie track into an ad for the soft drink to celebrate the rapper’s induction into the Rock and Roll Hall of Fame. But where did it all start?

Born and raised in Brooklyn, Biggie was signed to Diddy’s record label Bad Boy Records, which launched in 1993. His debut album “Ready to Die” was hailed a masterpiece and his signature hit “Juicy” remains a firm favourite as a dancefloor filler. Biggie has gone on to clock more than 28 million certified sales in the U.S., and Rolling Stone called him ‘’the greatest rapper that ever lived.’’

But Biggie sold so much more than music. He sold a lifestyle, elevated brands and created a new type of marketing. The relationship between brands and Black culture can be powerful if delivered authentically. From organic seeding for Popeyes and Black Twitter, to Cîroc and Diddy, to Kanye West and Adidas, we’ve seen millions go to billions.

Hip hop drives the “cool” social currency into all things that go on to gain recognition as being popular culture. Because, if we’re honest, Black culture is popular culture and Biggie was one of the key voices that started to set the trajectory back in the ’90s.

Biggie made what seemed like an unattainable lifestyle to most a part of his everyday life, pumping up brands from DKNY, to Versace, to Cristal—driving their sales through the roof. At the time, not all brands wanted to be associated with rap music; they did not see that the subculture was about to become The Culture.

Here’s how Biggie’s legacy lives on

The Crown: Three days before Biggie’s death, photographer Barron Claiborne shot portraits of him wearing a $6 plastic crown for the cover of Rolling Stone. In September 2020, the crown sold for $594,750 at Sotheby’s first-ever hip-hop memorabilia auction. You cannot walk through the streets of New York without seeing the portrait on merchandise.

Versace: In October 2018, Versace bought Biggie’s highly recognized sunglasses, “Medusas,” out of the archives and put them on sale exclusively at Barneys. He frequently was seen wearing the iconic glasses, including in his 1997 hit video “Hypnotize,” where he raps "Miami, D.C. prefer Versace." We see hip hop stars in the front row of Fashion Week shows globally now, but Biggie was one of the first to attend, and became a regular at Versace shows.

Fila: In May 2020, Fila dropped a new collection to celebrate the anniversary of the late rapper’s debut album “Ready to Die.” The collection was created with the Christopher Wallace estate and a donation from each item sold was made to The Christopher Wallace Foundation. Fila said the apparel collection was inspired by Biggie and Brooklyn streetwear. In 1993 Biggie took to the stage in Philadelphia wearing a Fila t-shirt and matching visor, and both of these were part of the collection. The packaging was a custom shoe box with elements of the original album artwork.

Moët & Chandon: The drinks business and hip hop have a longstanding relationship. Brands that previously were “luxury” items only for the white and wealthy were given a repositioning when bottles started popping up in music videos. They were no longer a drink;  they became a culture choice. In several of his hits, Biggie mentions what are now some of the in-demand, culturally relevant household names including; Moët & Chandon, Alizé and Dom Perignon. Now, some of the biggest names in hip hop have their own drinks brands. We’ve seen the effect that Diddy has had on Cîroc, Jay-Z with D’usse, Rick Ross with Bellaire.

Timberland: Timberland boots were designed for the working class in New England in 1952, but in the ’90s they blew up when they started gaining recognition from rappers. Biggie was photographed wearing them, and referenced “Timbs” in his lyrics. Whilst the “cool” was being driven into the brand and was showing in sales, a spokesperson for Timberland told The New York Times that the company was scaling back distribution to cater to its “target customer.” Many of their Black customers took this to mean “white and wealthy.” This drove Daymond John to start the iconic FUBU—For Us, By Us.

The Biggie legacy runs deep. He was readying us for what was going to become the Black Excellence by the lifestyle he was selling. He was showing brands the power of music and culture. He was inspiring the next generation of influential consumers by showing you can change your circumstances. He was the start of demand marketing and cultural currency that brands didn’t know they needed.

Whilst brands try to meet diversity and inclusion quotas because many have been shamed into doing so, maybe people can think about the opportunities and value that would be added from someone with a Biggie mindset, outlook and experience. That’s the magic. 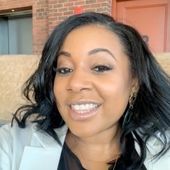 Charlotte Mair is managing director of The Fitting Room, a London-based agency that specializes in creating hype, demand and legacy for brands—all elements that are central to hip-hop culture.