Why gaming will be the next huge advertising channel

In an increasingly fragmented media landscape, gaming is a largely untapped attention oasis. Yet despite its large and engaged audience, the gaming ad market—valued at more than $8 billion, according to eMarketer—is still just less than 6% of the $139.8 billion total digital ad revenue market.

Just as mobile was slow to monetize until advertisers could no longer ignore the shift in consumer time and attention to mobile, so too will advertisers eventually unlock the power of gaming as a marketing channel. Here are some of the factors converging to bring gaming to scale as an advertising channel:

To date, connected TV has largely been the winner here, but it is only a matter of time until marketers realize that gaming is another form of video and offers access to younger audiences at scale. For instance, Fortnite alone averages 937,500 concurrent players every hour—exceeding the full-day average audience for MTV, TBS and The Food Network combined.

COVID accelerated the consumer shift to gaming with gaming usage up 115% compared to a typical day pre-pandemic, according to a report by Verizon. This is likely because it provided both entertainment and a proxy for interactions when broadcast sporting events were suspended. Fortune.com found a majority of Gen Z, millennial and Gen X said video games have helped them stay connected to others and get through difficult times.

Gen Z is a gaming generation

According to Deloitte, almost 80% of Gen Z categorize themselves as gamers. Gaming is the most popular form of entertainment for this generation, followed by streaming music, web browsing, social media and TV. In fact, gaming is the new social for this generation with half claiming to hang out in games without playing the main game. It makes sense that the social networks with the most monthly Gen Z users, Snap and TikTok, both launched gaming initiatives.

Gaming is a portal to the metaverse

Web 2.0 is a one-way, passive experience whose value is measured in terms of clicks and views. We’re now seeing a move toward community, interactivity and user-generated content. While the metaverse is still taking shape, brands are realizing that understanding gaming will be crucial to making the shift. Gaming embodies many of the characteristics of the next generation internet, allowing consumers to connect with others and impact their experience.

Amazon acquired Twitch in 2014 and recently added Twitch ad inventory to its programmatic platform. In 2018, Facebook launched Facebook Gaming. In 2019, Snap launched Snap Games and Google rolled out Stadia, its streaming gaming platform. This year, the gaming world was rocked by Microsoft’s acquisition of Activision Blizzard for a cool $68.7 billion. It’s hard to believe these advertising titans won’t bring ad solutions to gaming.

The rise of the attention metric

The interactive and fast-paced nature of video games means players and esports viewers give their undivided attention to game play, otherwise they risk missing something critical. In 2017, the viewability metric was developed to measure whether an ad was not only delivered but seen. I foresee that we’ll soon be distinguishing active from passive engagement. This is already underway with marketers turning to eye-tracking technology to measure attention. Attention will be to engagement what viewability is to impressions. When this happens, gaming will outperform other marketing channels that are more forgiving of multitasking.

Publishers and consumers will become increasingly receptive to ads in games

To date, ads in gaming have predominantly been associated with free-to-play mobile games that account for a majority of the games advertising market. This is because game publishers have not wanted to jeopardize the significant revenue they make per game purchase for a relatively tiny CPM.

With advancements in programmatic in-game advertising solutions, however, companies including Admix, Anzu, Bidstack and Frameplay are working with publishers to integrate non-intrusive, native ad formats into games. These premium formats align with game creative and not detract from game play. According to Comscore, 41% of console gamers, 37% of PC gamers and 35% of mobile gamers feel that product placements make games feel more real.

Three things will be critical to the success of scaling advertising in gaming. Principal among them is retaining the “player first” ethos of gaming and getting the ad experience right. If we as an industry fail to do that, we risk consumer ad resistance and publisher willingness to integrate ad solutions into their games.

Second, buyer education and incentivizing agencies to promote gaming to their brand clients will be key to integrating gaming into buyer campaigns.

Finally, we need to get behind consistent measurement standards that can be aligned to how buyers track and measure other media. We need to meet buyers where they are. In 2020, IAB launched its first Games and Esports Board to help address these challenges. In 2022, IAB PlayFronts will bring together buyers and sellers for the first time in a gaming marketplace because it’s not a matter of if marketers crack gaming, it’s a matter of when, and that “when” is looking increasingly imminent. 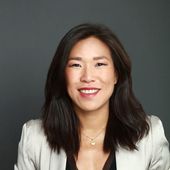