Three ways to make an investment in social wellness
READ THIS NEXT
Pride Month: How to celebrate the LGBTQ+ community without sexualizing it
Credit: iStock

If you didn’t know that May is Mental Health Awareness Month, an advertising agency employee might be able to tell you. If they work in advertising in America, they are definitely aware of stress. If that’s the case, my adopted homeland of Finland—the happiest country on earth—can help.

Get your tickets for the Small Agency Conference & Awards, held in Chicago on July 26 and 27, at AdAge.com/SACA2022

I admit that Finland might not be the obvious choice for happiest country in the world, an honor it just won for the fifth year in a row. This is a place, after all, where winter lasts five months.

What’s the source of Finns’ happiness? It’s not lightheartedness or naivete. It’s because emotional intelligence and awareness is built into Finland’s DNA. Finns don’t just fight against stress once a year—it’s a year-round effort and a national imperative.

It’s not just Finland. The other four countries in the Nordics are all in the top 10 happiest countries. Nordic ad agencies take a holistic approach to mental health. It’s built into work and office structures as well as campaigns. In fact, the government often commissions agencies to create campaigns to boost the general population’s wellness. The pandemic has pushed Nordic shops to spread this message globally.

We think it’s an important message for advertising, regardless of country. It’s becoming a higher priority among advertising institutions around the world; Cannes Lions has been adding categories about resilience and psychological impact to its roster this year.

Two U.S. presidents have said: “We’d be alright if we left everything to the Nordic countries.” Whether you believe that or not, here are some things that the Finns can teach us.

Put an end to the sweatshop

Burnout in the ad world is measurable—just see how quickly your staff turns over and notice how few creatives over age 40 remain in the company. Finnish shops don’t have the problem of people changing jobs every year. That’s because, as a society, psychological well-being has been prioritized for generations, and that translates into the way businesses run.

Part of that comes from workforce protections. In Finland, the timesheet isn’t just for invoicing but so that city and health authorities can see how long people are working. Overtime is nonexistent, and agencies and large brands close for a month in July.

You don’t have the same protections and expectations in the U.S. But you can make changes that bring similar benefits. If you run an agency, you can hire more people than you’re used to hiring and make conscious efforts to limit long days. If you run a brand, you can be more reasonable in your demands so that long days aren’t necessary. And you can build in policies that not only allow but encourage vacations and personal time … which will help with the hiring, too.

Embrace the concept of sisu

In the early days of the pandemic, we talked about hygge, Danish-inspired coziness that helped us cope with lockdowns. But as the pandemic went on, we needed more than self-care—we also needed to develop resilience and determination. And, of course, leave it to the Scandinavians to have a word for that sense of inner strength as well.

It is time for us all to embrace the Finnish concept of sisu (pronounced “see-soo.”) “Sisu” is the word that best explains Finland, but it doesn’t have a literal English translation—even Wikipedia can’t find an equivalent. It includes elements of tenacity, hardiness and grit, as well as knowing when to abandon something rather than grinding until the bitter end. Its utility in our world should be obvious.

Understand how social wellness fits with your bottom line

There’s a tendency to think that all of this is impossible—or, at the least, too expensive. Yes, there are upfront costs, but the benefits are considerable.

Look at cosmetic company Lush’s decision to leave social media last December. Although there was media coverage when it happened, it’s not a stunt that provides continuous unpaid media. It was a sacrifice and decreased brand visibility, but it was done for the mental health of its consumers. (Interestingly, Lush had quit social media in 2019 but decided to go back on during the pandemic because it was the only way to interact with consumers. The decision to double back after the world began opening up again shows how attuned it is to customer needs.)

There’s also REI’s decision to close on Black Friday and send personnel outside. The action netted it favorable press at the time, but over the years it’s continued to build positive sentiment with both consumers and employees, something that outweighs the temporary loss of sales.

Treat social wellness as an investment—because it is. Happy, rested employees are more productive. They stay at your company longer. And who knows? Without stress, we might just reignite their love for advertising. 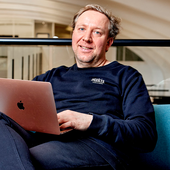