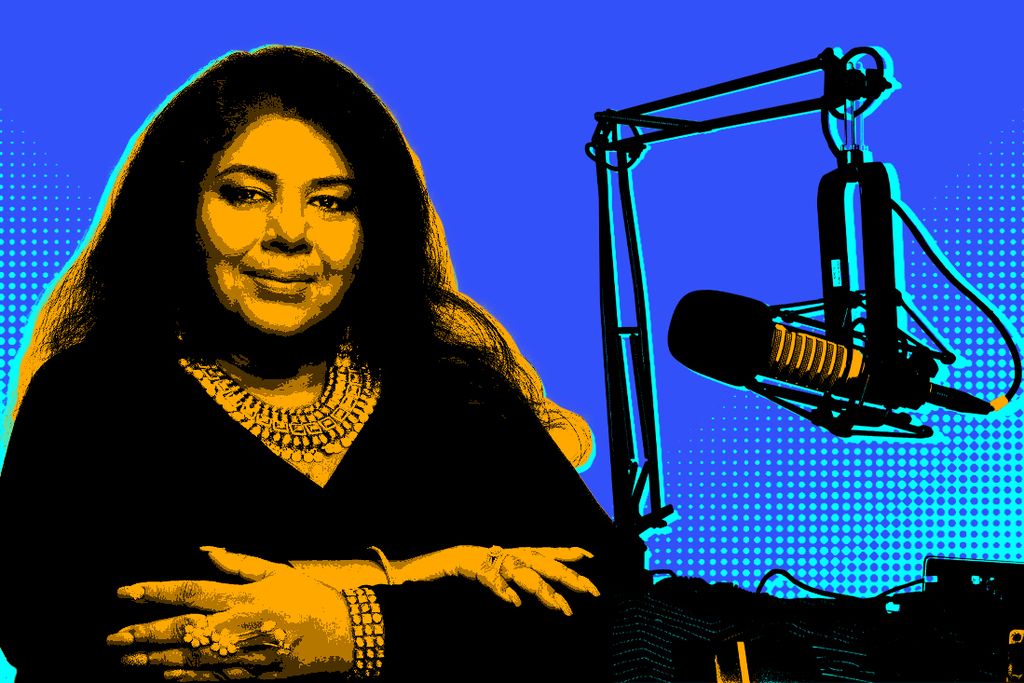 Subscribe to us on Apple podcasts, check us out on Spotify and hear us on Stitcher, Google Play, iHeartRadio and Pandora too. This is our RSS feed. Tell a friend!

Liquor giant Pernod Ricard—which pulled all social media spending in July as part of the Facebook boycott—will come back in August. But North American CEO Ann Mukherjee says “we are trying to be responsible as we turn back on our social media.”

For Pernod—whose brands include Absolut Vodka and Jameson Irish Whiskey—that means building a crowd-sourcing app that consumers can use to identify hate speech on social media.

On the latest edition of Ad Age’s “Ad Lib” podcast, Mukherjee gives an update on the development of the app, which was first announced in early July, and explains what the company learned while it was off social media.

Mukherjee was named CEO late last year after an extensive marketing career, including most recently at SC Johnson. Before that she had a long career at PepsiCo, including serving as CMO for Frito Lay America. On the podcast, she explains what the transition to the CEO seat has been like and offers tips for others looking to make the move. Mukherjee, who was born in India, also assessed the state of diversity at both agencies and marketers. And she shares hiring advice for brands looking to bring in people with different backgrounds.

Below, a lightly edited snapshot of the interview.

Are you satisfied with the moves Facebook has made in July to address its critics?

I want to see all social platforms do more and I have been talking to all of them, including Facebook. It’s not that they are not trying to take measures. The question becomes around transparency. How do we know those measures are actually working, that we are seeing it actually create a change?

Did you notice a business performance change when you went off social?

In the short term, in a four-week period, it is hard to measure. We tried to make sure that we used other non-social platforms to still get our brands out there. Did we take a short-term hit? Probably. But at the end of the day it was still probably the right thing to do. Moving forward, these are where the eyeballs are, and the fact of the matter is I have to be where the eyeballs are, but I have to do it in a responsible way.

Update us on the development of your hate-speech app, which is meant to allow consumers to find and flag inappropriate content.

We are taking the time to actually go through the design and the building. And yes, this fall we will be launching, and we will launch in a way where we will continuously learn. We are putting a massive amount of investment into this.

You have credited Pernod’s CMO Pam Forbus with recognizing the opportunity. What did she see?

She made the observation that we need eyeballs. This is massive amounts of data. No AI in the world can pick up everything because there is a lot of grey matter. So what she basically said was let’s crowdsource this issue and let’s give a voice to those consumers either that are seeing hate or seeing misinformation, but feel they have no way to either have their voices be heard or have an advocate on their side. It’s a step for us to use our advertising influence ... and for us to be able to make that transparent to these social media platforms and ask them, are you going to take it down, and if you are not going to take it down, why?

Will the app be broadly available?

This is something we hope will start a movement, not just among consumers, but among advertisers. And while ours will be a branded product, anyone can brand it for whatever brand they think is appropriate.

Earlier this year, Absolut launched a campaign called “Sex Responsibly” to remind consumers of the importance of sexual consent. Explain why you went in this direction.

Everyone in the industry talks about drink responsibly, and we’ve made a ton of progress as an industry about that. But the issue of drinking responsibly has many, many shades to it, and this notion of consent is a very, very, gray area.

If you are in a cab and you are giving someone a lift home, that doesn't necessarily mean a yes. If you swipe right or left, that doesn’t mean a yes. A yes is a yes and you have to hear a yes. And a lot of people out there are using alcohol as a weapon against victims, and we in the industry have to be courageous enough to say that is unacceptable and we don't stand by it and that is the conversation that we started to create. 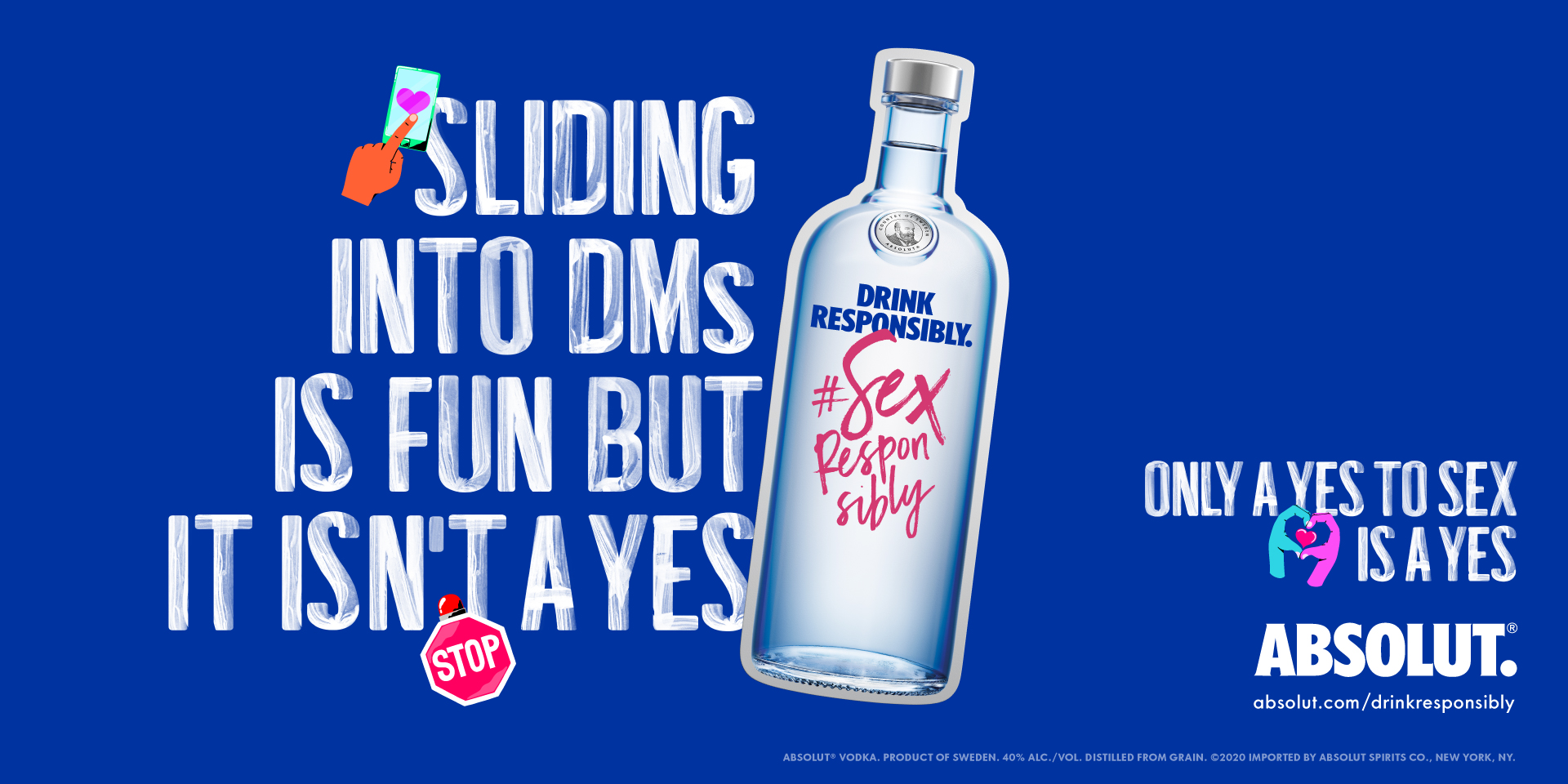 Why haven’t more CMOs been hired as CEOs?

A lot of people have thought about marketing as the black box, it’s the art—they are the ones who do the advertising and that is their only job. And I think in today’s world of performance marketing … where we are seeing advanced data in terms of being able to target people, now the shift is becoming this notion of it’s not just enough to do the art of marketing, you need to really understand the business of marketing. And I just think there are people who were raised in the world of the art of marketing … some of the greatest CMOs have lived in that space, and that is great. But now you have another chance if you want to go that CEO route from CMO, that is the pivot you are going to have to make.

When you go to account planning you see more diversity, you see some diversity in account management, but especially on the creative side it is time to reflect the society we serve. And there is just not enough action in terms of that happening

Any agency that is on my roster I am actively engaged with that agency in talent management. I am asking to see who are the creatives on my business. What are the development plans to get more diversity working on my business. That is actively a part of how I manage their bonus.

Is there more progress on diversity on the marketer side?

It’s a little bit better but not much better than the agency side, especially in the senior ranks. I still do not see much diversity as I think we need to. I still think it is a bit more male-dominated than it needs to be.

How do you find your job candidates?

I look all over the world. I look at every agency I work with, every partner I work with. When I do networking I don’t do networking necessarily for me, I am networking to meet people of diversity. Every time I am talking to someone, I am like, that person is going to go on my ‘I am going to go after them’ list. Because we as leaders have to be active in finding these people. If you think you are going to hire some sort of recruiting firm and they are going to find it for you—yeah, you gotta go do that—but that is not enough.

Mukherjee will be a featured speaker at Ad Age's Women to Watch 2020 event, taking place online on Sept. 15. Check back soon at adage.com/events for ticket details. 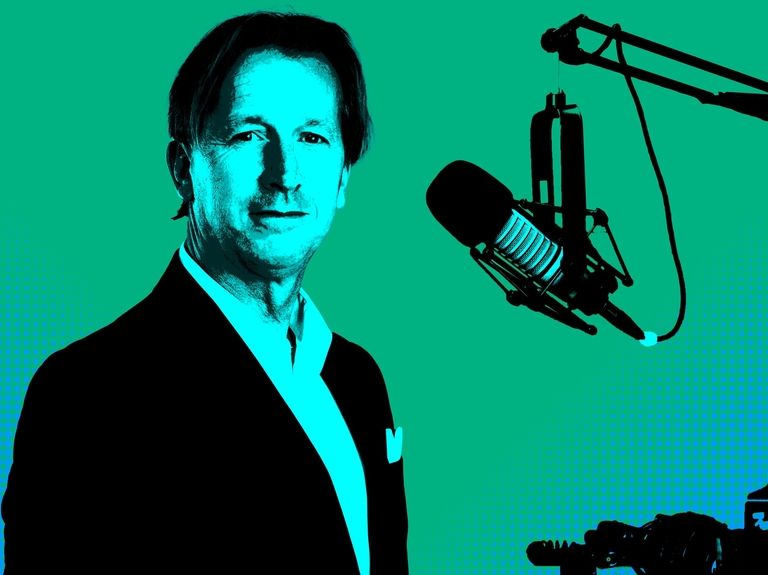