Fiery Phones, Exploding Washers Take Samsung Brand Through the Wringer. Can It Recover?

READ THIS NEXT
Free Budweisers for the vaccinated, and ‘Vax Tee’ from Miller Lite: Trending 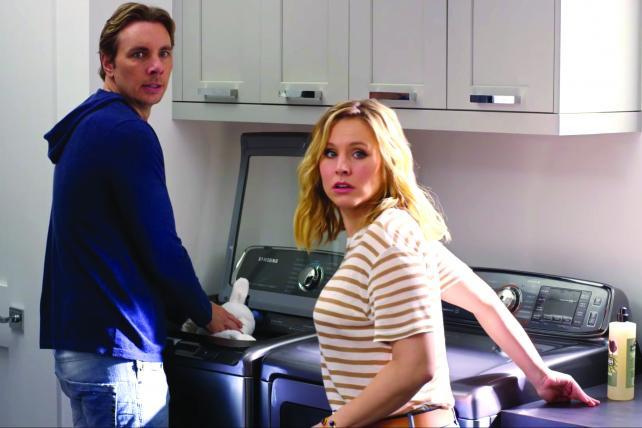 It's been a brutal few weeks for Samsung. First, there were reports of Galaxy Note 7 fires, and now comes a warning from the U.S. Consumer Product Safety Commission that its washing machines may explode.

Amid the chaos, the marketer has gone dark on the campaign for its washing machines featuring Kristen Bell and Dax Shepard. That's the second ad shutdown in a month for the electronics giant since Sept. 2, the day it launched a massive Note 7 recall over fires sparked by faulty batteries. And with two major brand lines affected, Samsung's reputation for overall quality is taking a huge hit.

"When there is a lot of negative press around a crisis, turning off advertising campaigns is commonplace," said Russ Napolitano, senior partner at branding and marketing consultancy Tenet Partners. "What you usually find is that brands will replace it with other messaging about the recall, how they're going about rectifying it, and what they're doing for their consumers. They shift from a selling mode to more of a reassuring mode."

Samsung said last week that it would reach out to customers through "direct communications, customer service, social media, marketing and in-store communications," to make them aware of its Note 7 smartphone exchange program. However, to date, no mass media ads in TV or print have been placed. In contrast, Mr. Napolitano pointed to Wells Fargo's current fake-accounts scandal and its rush to take out ads in prominent newspapers to claim "full responsibility."

While the specific product ads for Note 7 and Samsung washing machines are no longer airing, Samsung has continued to spend on TV ads for other mobile products, its virtual reality Gear VR headset and Smart TV products.

Samsung declined an interview, sending a published press statement in response to requests. Samsung ad agencies contacted for comment also did not respond to requests for comment.

Samsung reported this week that more than 60% of the Galaxy Note 7 phones sold in the U.S. and Korea have been replaced, with 90% of customers choosing the replacement Note 7 phone rather than a rebate or a different model phone. However, there have already been consumer reports of the replacement phones becoming uncomfortably hot.

"It's unfortunate that the news of the washing machines has come out so close to the other one about things 'blowing up' that are made by Samsung," said Gartner analyst Tuong Nguyen. "This might put them, on a [reputation] scale, tipping a bit in the negative direction. My gut feeling, though, is it's still rather contained. It's serious because you're talking about things blowing up rather than just breaking down … but I think the brand will be all right barring any new problems."

Mr. Napolitano said Samsung ranked No. 39 this year, up nine spots over last year, in Tenet Partners' annual ranking of the 100 most powerful brands. Looking back five years, Samsung has risen from No. 73. That's a big climb in brand power that could be in jeopardy. Bottom-line cost for the Note 7 phone recall has been estimated at up to $5 billion, but the hit to brand equity could be several times more in billions of lost worth, he said.

"With the washing machine issue in the press again, now I think there's going to start to be some bigger questions about the brand and the overall quality control process they have," Mr. Napolitano said. "We can't measure it today, but in three to six months, we'll definitely start to see what impact this has had on brand perception."