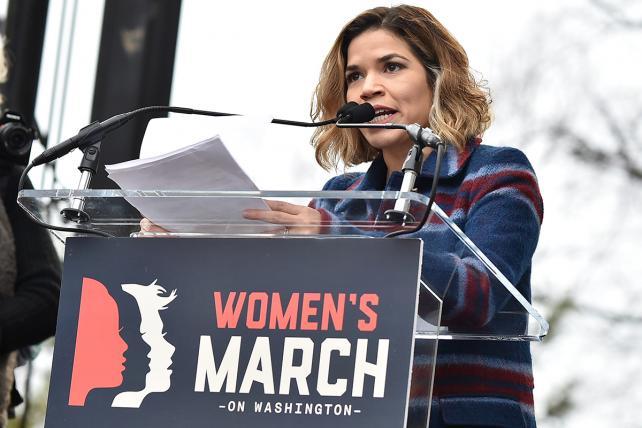 Actress America Ferrera has played many roles—a dorky editorial assistant on "Ugly Betty," a jeans-wearing teen in "Sisterhood of the Traveling Pants" and, currently, a bossy-but-empathetic floor manager on NBC's "Superstore." But it's her latest venture, a partnership with The North Face on a campaign that highlights female athletes, that most complements her social advocacy efforts. Ferrera, who recently announced she's pregnant with her first child, spoke with Ad Age about the #MeToo movement, protection for those in the DACA program, and more. Our conversation has been edited.

Why did you decide to work with the North Face on its "Move Mountains" campaign?
There are a lot of reasons why the campaign felt like such a natural fit. For one, I think it's so incredibly important to spotlight the stories of women doing incredible things in order to inspire the next generation of women to become doers and explorers in the world. It's important that we have those role models and are able to see ourselves in order to imagine what's possible for us—that part of the campaign really resonates with me.

Are you a big outdoors person?
I have had an incredible journey finding my own explorative, adventurous spirit in the outdoors. A couple years ago, I started training for a triathlon and started doing things I had never done before, things I never thought I was capable of doing, like swimming in the ocean, riding my bike in the mountains and hills, and running. I'd never been a runner. I'd never had a lot of that in my life growing up—it was something that I didn't think was accessible to me. The experience really changed my perception of myself and what I was capable of, so I care deeply about making that kind of adventure feel accessible to young women.

How do you choose the brands that you represent?
I don't partner with a lot of brands. It's rare that something comes up that feels really aligned with the things that I care about. Brands with messaging that resonates with me are few and far between.

You've been a fierce advocate of the #MeToo and #TimesUp movements. What still needs to change to prevent abuse and harassment against women?
I think how we value women in society, how we talk about them and the stories we tell, what we believe about their value and what their bodies are for and who those bodies belong to. Our culture is at fault for a lot of messaging that makes both men and women perceive women's bodies to be objects and, in a way, decoration for life, versus active, imaginative, creative people being and doing and adventuring in the world. I do think that the stories we tell young women and young men about what a woman's body is meant for has a lot to do with how we treat and legislate women, and the unwritten laws of culture.

You've also been active in your support of Latinos and of the DACA "Dreamers" program that protects undocumented immigrants who arrived in the U.S. as children. Can you talk about that?
I started an organization with my husband [Ryan Piers Williams] called Harness. We have been convening and gathering communities of artists and activists to create deep relationships and collaborations that speak not just to one side of our society, but narratives and storytelling and campaigns that impact multiple sides of our culture.

There is so much that needs to happen, so many pieces of the puzzle. For any issue to make headway, things need to change legislatively and policy-wise, but things also need to change culturally. It's hard to predict when those things will align. At our organization, we truly believe collaborations between artists and activists are more effective for creating the environment that allows for change to happen. We've been focused on creating those lasting relationships between artists and the activists' community across all issues—immigration, mass incarceration, gun reform, and women's and health issues. But ultimately, the relationships and collaborations between people with different perspectives and different platforms is what we're passionate about. 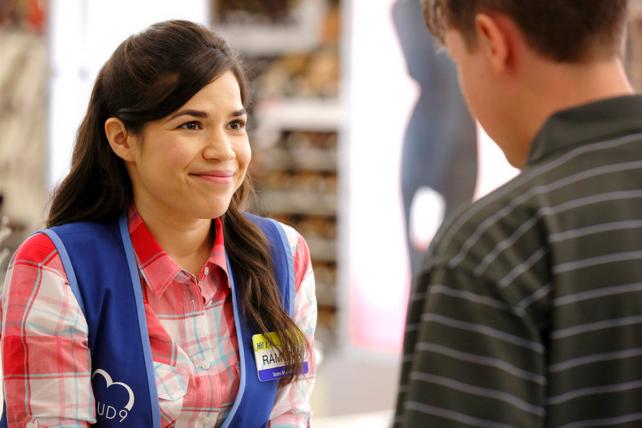 Do you personally have much of a social media presence?
I'm active on social, but I'm not as consistent with social media as I see other people being. I try and keep a good balance of staying present on social media when there's something that I feel passionate about sharing, and being a pretty private person. It's a balance that I'm still figuring out.

How do you watch TV shows?
I tend to watch online and I tend to binge. I don't watch a ton of television, but when there are windows and times to catch up on something I've been meaning to watch, I'll generally sit down to binge something and get it all in. There's not a whole lot of of patience anymore for sitting down and waiting for an episode a week.

In 'Superstore,' you work at a fictional store called Cloud 9. Do you ever feel compelled to shop while on set, maybe for the baby you're expecting?
We have a baby section at the Cloud 9 store, and it's fun to browse and get ideas, but I'm not allowed to shop at work. It's just pure inspiration.