It's Not the Election, Stupid -- It's the Day After | Ad Age
Skip to main content
Sign In Register

How Agencies Can Prepare for November 9
READ THIS NEXT
Gut Checks and Guardrails: 6 Ways to Stay Small When Your Agency Gets Big

As our country barrels toward the final act of its quadrennial POTUS pageant like a whistle-stop circus train careening down the tracks, one thing is certain -- there is a 100% chance our next commander-in-chief will have a plus-fifty unfavorable rating.

No matter which side wins (or feels like it, "Lost, dammit! I can't believe we lost!"), America will wake up the next morning with a YUGE political hangover and its patriotic unmentionables in a heap somewhere beneath the bed.

So what's an agency to do when staffers, clients and consumers are asking, "Now what the hell do we do?" Here are four surefire steps you can take to plan for the unknown even before the first vote is allegedly deleted.

Your junior staffers will no doubt begin a fresh new day of paying down their student debt, still crestfallen that the road to the political revolution didn't lead to the White House. Show compassion. It's their first election. They think The Hanging Chads were a skate punk band. Why not redirect their generation's desire to make a difference by assigning them to a good works campaign? Then simply make room for the Bronze Lion you'll be forced to give back.

We opened our London office in June -- #Brentrance -- but are now preparing for a scenario where we receive texts from employees saying their Pokémon Go play led them across the wall-less Canadian border and into the Toronto office of Ad Age Small Agency of the Year winner and champion of the "Never Spec" movement, Zulu Alpha Kilo. So we're researching loft spaces and found this little beauty.

Election seasons are notorious for shaking consumer confidence. Don't be surprised if nervous clients take a wait-and-see approach with the eventual winner before green-lighting projects or budgets. So take advantage of the lull and turn that lemon into craft lemonade! It's time to get serious about that be-your-own-client passion project you've been putting off. Beer and booze have been done. Try your hand at a product that could be trending after a concession call is made and the confetti settles, like "Small Batch Tan in a Can," or "Slow Churned Crooked & Cream" ice cream.

The cultural tone set by each new administration is a bellwether for the kinds of stories told by Hollywood and Adland alike. Agencies with clients that are recurrent Big Game advertisers should begin pitching ideas today. Here's a soup starter from the Dunn&Co. writers' room that is flexible enough to reflect the influence of a Trump or Clinton presidency. (Chuck Norris/Lena Dunham) uses Brand X's product to escape a (fiery hellscape/awkward blind date) then catches the flirtatious eye of (yet-to-be-cast Slovenian model/Donald Glover), all set to a track by (Ted Nugent/Lin-Manuel Miranda).

It's going to be a fascinating four years. On your mark. Get set. Vote. 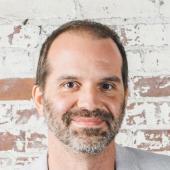 Four Burning Issues on the Minds of CMOs