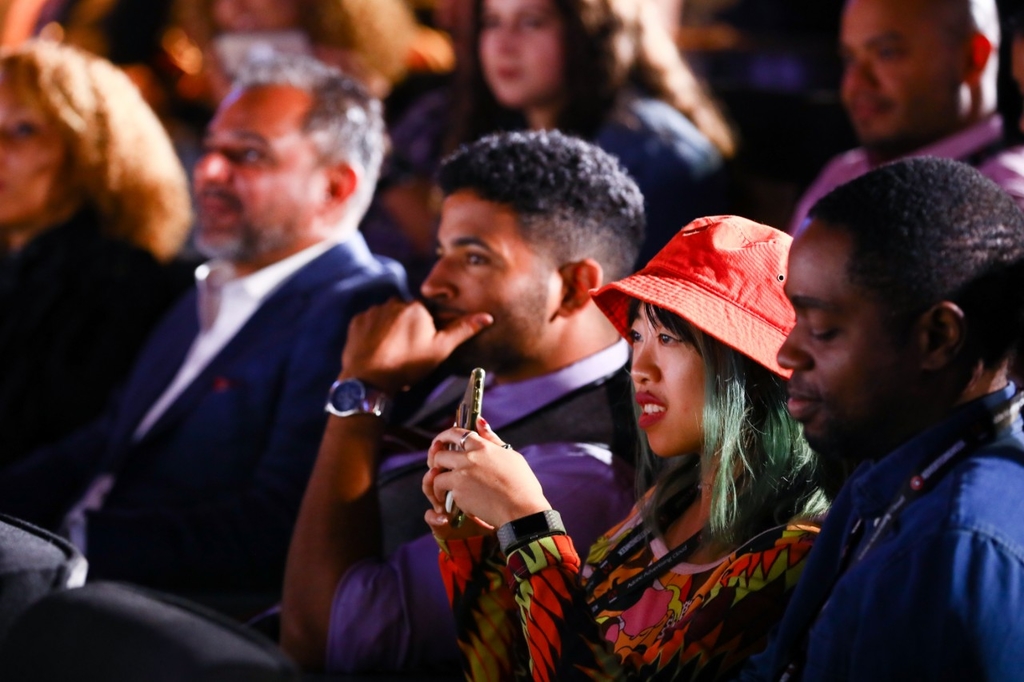 Advertising Week New York is over, and four days uptown felt as long as an never-ending Snapchat ad. If you skipped the conference or couldn't be bothered to fight your way through crosstown traffic, here’s what people were talking about.

Gloom and cume
Bad news made many appearances on stage. Sorrell predicted holding companies will break up and consolidate, and executives discussed how a new cross-platform standard for measuring video audiences can’t be implemented until the industry creates new tracking technology.

She Runs It released a report showing a decline in women at the executive level of the industry. Not just a stubborn lack of progress—an actual year-over-year decline. And Time’s Up says that at current rates, black women will achieve pay parity with men in 100 years. Latina women will need to wait another century after that. There isn’t even enough data to extrapolate a date for Native American women, but Time's Up's best guess is 250 years.

In perhaps another harbinger of doom, Fox News held an unironic panel celebrating the conflation of politics and pop culture.

Talking heads
Every moderator knows five panelists are too many for an informative conversation, but plenty of sessions arrayed a half-dozen people on stage. Sure, speakers get free badges and earned media, but audiences miss out when there's too much crosstalk.

Of course, little real news breaks at industry conferences. Panel after panel highlighting old case studies starts to feel like the "In Memoriam" reel at the Academy Awards. Workshop sessions offered the best educational value. The small spaces facilitated discussion, and with only one or two presenters, there was time and opportunity for frank Q&A.

Celebrities like Gwyneth Paltrow, Joseph Gordon-Levitt and Trevor Noah made appearances as the conference continues its slow expansion into entertainment.

Entry-level employees say the darndest things
The future of the industry turned out at Advertising Week. It’s much cheaper to send young employees to a local event than, say, Cannes, and attendees under 30 were eligible for discounted badges. It’s also a much more diverse crowd than typical industry events. The challenge, for agencies in particular, is to keep them from burning out or leaving due to career frustrations or microaggressions.

Young attendees are also vocal with their opinions, and they have a lot of them. “I’m going to email that CMO and tell them what I think,” was a common refrain in the halls after panels.

Onstage, HuffPost Editor-in-Chief Lydia Polgreen noted that young voters are “used to being listened to, because they’ve spent their entire lives interacting with platforms that are listening very carefully to the signals that they’re sending out.” Marketers would do well to remember that it applies to their workforce, too.

Let’s all go to the lobby
If this year’s conference seemed crowded, it was. Nearly 100,000 people crammed into the AMC Loews Lincoln Square where the bulk of panels were held.

Manhattan movie theaters aren’t known for quality infrastructure, so attendees jammed escalators (which broke more than once), snaked up the stairs and queued in front of the concession stand. Disorganization added to the confusion, and it often wasn’t clear which lines led to which panels. More than one grumpy marketer missed a panel when it was moved to another floor without notice.

Attendees did bring this upon themselves, though, after complaints about the haphazard array of venues scattered across Times Square in previous years led to the consolidation of the conference uptown in 2018.

Give the people what they want
The longest lines, though, were outside. An Ampersand food truck gave away free tacos all week, creating a permanent column of hungry people that threatened to block the sidewalk. Quad’s ice cream truck also served up free scoops with alternately cute or confusing names. KPI Pistachio? Chief Strawberry Officer? It was too C-suite for some tastes.

On Thursday, Facebook upped the ante and brought actual “unadoptable” dogs to promote its Stories video diaries, encouraging people to take a pupper home. And in a head-scratching move, Adobe was giving away packs of Pogs. Yes, the collectible milk caps from the ‘90s.