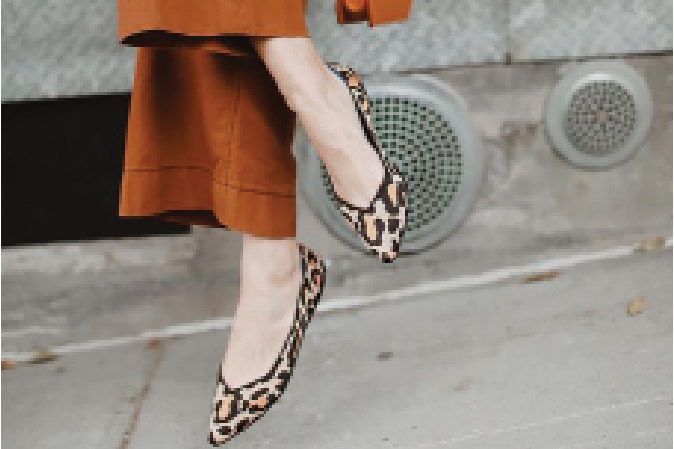 Since its founding nearly a decade ago, Pinterest has been a destination of discovery for consumers looking to renovate their home, plan a wedding or design an event. But it wasn’t until this year that the San Francisco–based social platform began leaning heavily into courting retail advertisers—specifically, the new breed of direct-to-consumer startup advertisers, like comforter seller Buffy and shoe brand Rothy’s.

In early 2019, Pinterest formed a Disruptor Brands sales team, based in both New York and San Francisco, dedicated to attracting such digitally native d-to-c players. The company has spent recent months meeting with those kinds of brands about their needs and how they contrast from those of larger, more established marketers. Pinterest is also working directly with venture capital firms that invest in d-to-c retailers to help develop early marketing strategies around advertising on its platform.

“Pinners—they really do come to shop,” says Katie Dombrowski, who leads Pinterest’s Disruptor unit, which found that 85 percent of users have made a purchase within a week based on what they’d seen on the platform. “These brands want to tap into that shopping behavior,” Dombrowski says.

As a result, Pinterest is exploring expanded data and measurement offerings for d-to-c brands, along with tools including a new video format for advertisers. “If they’re willing to test and learn, they do get access to products and services before the general public,” Dombrowksi says.

Here’s what you need to know.

All social platforms not created equal

Historically, Pinterest has been categorized in the same bucket as paid social platforms such as Facebook and Instagram, but it shouldn’t be, according to AJ Nicholas, chief marketing officer at the Inside, a d-to-c seller of customizable furniture. Nicholas says Pinterest is leaning more into the discovery part of shopping by providing broader options to build awareness. In addition, consumers visit Pinterest in more of a spending mindset ready to shop or share products, which contrasts with other platforms like Instagram, where they might be solely focused on sharing personal news.

“Part of what Pinterest is trying to do with this new Disruptor team is reposition how advertisers think about using the platform,” Nicholas says. “The metrics they’re compared against are the conversions that advertisers see on Facebook, and that’s not the right competitive set.”

Rather than relying solely on brand campaigns for awareness-building, Pinterest is offering more options for brands to encourage clicks to their sites or even sales. In the past, brands were allowed to bid on a cost-per-view model, but such an offering doesn’t necessarily lead to sales. In April, Pinterest rolled out conversion optimization, where brands are able to bid on actual actions; the model is closer to direct-response marketing.

The company is also building out more self-serve tools for brands that want to be involved in the creative editing process, and helping those advertisers with content development, Dombrowski says.

Many of the new efforts involve giving brands more information to make decisions. Mike Chi, chief marketing officer at wedding brand Zola, says Pinterest recently created a tool that enables brands to look at search volume by seasonality. Such an offering helps with campaign planning, he adds. Pinterest also recently worked with tech analytics company Neustar to showcase the value of each ad in comparison to other social channels.

“Pinterest has the advantage of being able to touch the user in a different, and in some cases, more impactful, way,” Chi says. “They’re trying to bring together the strength of the platform with some of the analytical and targeting capabilities of some of the other platforms.”

By adding more tools and measurement capabilities, Pinterest is increasing its value to advertisers at a time when it is still a cheaper platform than competitors. “Pinterest is a lot less expensive, but the caveat is the traffic is not as high-quality or [advertisers are] not getting as much of it as on other platforms,” says Akvile DeFazio, who runs her own social media agency, Akvertise.

Not quite there yet

Nicholas says the Inside, founded two years ago, is still scaling its budget and has yet to advertise on Pinterest, though it’s something the company is watching. “Similar to most startups, we’re pretty cognizant of our cost of acquisition, and that’s much easier to see on a platform like Facebook and Instagram,” Nicholas says.