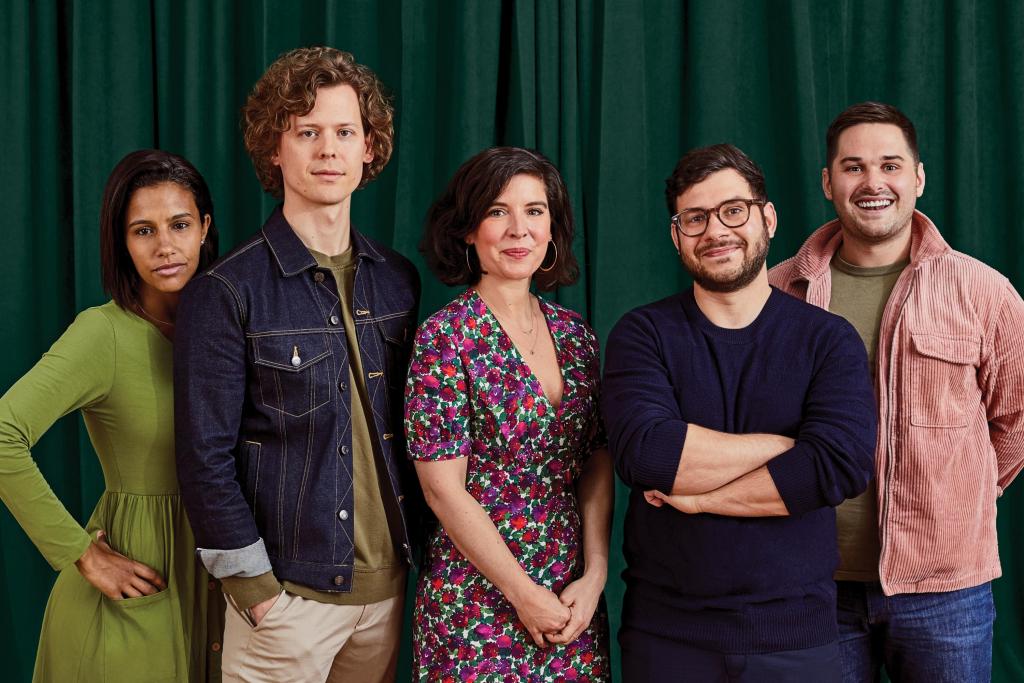 In 2018, Chobani ran a massive campaign celebrating its 10th anniversary as a national brand. It also brought Non-Dairy Chobani from idea to shelf in fewer than five months, created a kids’ line, Chobani Gimmies, and expanded and renamed its “hint of” line as Chobani Less Sugar Greek Yogurt. And it did most of the work internally, after bulking up its in-house capabilities.

Just as it revolutionized the U.S. Greek yogurt industry a decade ago, Chobani is taking in-housing to the next level. About 98 percent of Chobani’s creative work is now done internally, according to Peter McGuinness, chief marketing and commercial officer. “It’s not for everybody, but it works for us,” he says. Creative and sales leadership, and new product development, share the same floor of the company’s New York office. Chief Creative Officer Leland Maschmeyer and his team are brought in on processes earlier than outside agencies had been.

Chobani is best known for Greek yogurt, which means plenty of work on cups, commercials and coupons. But yogurt’s not the only remit. Details remain under wraps, but the company is now working on products including non-yogurt items and more non-dairy foods.

When Maschmeyer joined in 2016, Chobani was still doing plenty of work with external agencies. Then, in 2017, Chobani rolled out a new organizational structure focused on “demand creation,” pulling in units—including marketing, insights, product innovation and sales—under McGuinness, who was elevated from chief marketing and brand officer to chief marketing and commercial officer in 2017 as he put the new model in place.

The in-house team did much of the work on a 2017 design overhaul, which meant not having to deal with outsiders each time there was a revision.

For the 10th-anniversary push, Chobani worked with outsiders on illustration, animation, music and production. But handling most of it internally, argues McGuinness, helped things to run smoothly. The push included content that was customized for specific customers including Walmart, Kroger and Target. The “One for All” campaign helped increase household penetration from 33.8 percent in December 2017 to a new high of 37.7 percent in March 2018, the company says.

Years before Gimmies, Chobani tried to crack the kids’ market with its Champions and Kids lines. Unlike those iterations, product development, packaging and advertising were all done in-house. An outside illustrator worked on characters that represent the brand, but everything from flavor selection to the name was done by the team at Chobani. They got help from the target audience. The staff, for instance, had been thinking of names such as Mighties. “One of the young boys in the focus group looked at that word and said, ‘You know, I like it, and I know what you’re trying to do, but I feel like you’re trying too hard,’” recalls Maschmeyer. And a girl, after being asked what she would say to her parents about the product, responded, “I would say ‘gimmie, gimmie, gimmie,’” according to Maschmeyer.

Non-Dairy Chobani is another line that likely would have taken longer to get to market if the creative team sat elsewhere. Chobani decided in earnest to go after the plant-based market in a meeting with founder Hamdi Ulukaya in early August, and products began shipping to retailers at the end of December, says McGuinness.

It helps that Chobani is private and doesn’t have to tell investors how much it’s spending to respond to changing category trends and the competitive pressures hitting it from rivals such as Danone and General Mills.

Soon after joining in 2013, McGuinness selected Droga5 as Chobani’s creative agency. Two years later, Chobani started doing more work in-house and collaborating with agencies such as Opperman Weiss. Chobani then seemed to reverse course and, in 2016, named Wieden & Kennedy its creative agency of record, while also handling some work internally. But a year later, it decided to forgo an AOR and use more in-house talent while reaching outside for projects, directors and consultants as needed.

The in-house team is navigating a challenging sector. U.S. yogurt market sales slid about 3.3 percent in 2018. The drop was even steeper in Greek yogurt (down 11 percent). McGuinness points out that the declines were worse in dollars than in actual unit volume, which means people were still buying, but at lower prices. And so far this year, declines are less severe, with overall yogurt sales down 1.6 percent and Greek down 4.8 percent, says McGuinness.

Creative isn’t the only area with an internal focus. Chobani brought its retail execution in-house last year after working with Crossmark and other brokers. “I felt as though our retail execution was not great,” says McGuinness. “I thought it was pretty sloppy.”

But not everything is going in-house. McGuinness makes it clear that media will remain with an agency. Horizon has had that account since 2016.