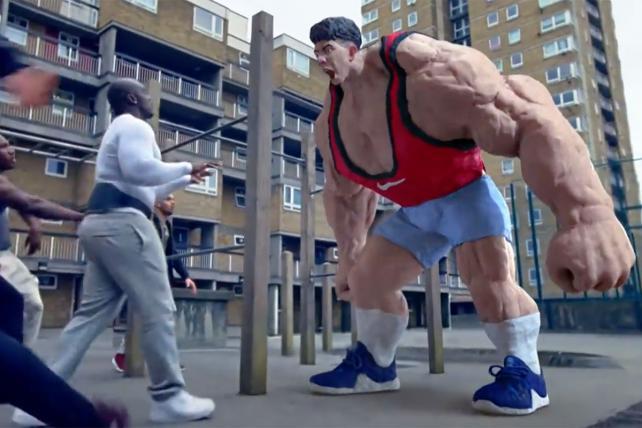 Nike's 'Nothing Beats a Londoner,' directed by Megaforce via Iconoclast

In 2018 Bob Industries headliners Jonathan Dayton and Valerie Faris (“Battle of the Sexes” and “Little Miss Sunshine”) directed E-Trade's return to the Super Bowl after a five-year hiatus. Kim Nguyen helmed star-filled campaigns: John Cena for Make-A-Wish Foundation, Tracee Ellis Ross for Chase and Reese Witherspoon for Crate & Barrel. In feature film work, Nicole Holofcener co-wrote the Oscar-nominated film “Can You Ever Forgive Me?” while Kelly Fremon Craig is bringing Judy Blume’s book “Are You There God, It’s Me Margaret” to the big screen. —A.J.

Chelsea has forged ahead in the promotion of women in film. President Lisa Mehling was elected vice chairman of the AICP National Board; director Lauren Greenfield has branched out to help other female talents with “Girl Culture Films” and the Chelsea-produced “First Ever” campaign for Ford and GTB featured a key crew comprising women. Other highlights were “Answering the Call,” Amir Bar-Lev’s  heartfelt Super Bowl ad for Verizon and McCann about first responders, and Nadav Kander’s hidden-camera work that gave viewers a glimpse into the power of Leonardo da Vinci’s “Salvator Mundi” for Christie’s and Droga5. —A.J.

Haircare ads rarely break the mold, but Roman Coppola’s did just that for L’Oreal Elvive in McCann's witty ad starring Winona Ryder that made a splash on the Golden Globes broadcast. Other unusual work included “The Red Stain,” Rodrigo Saavedra’s delightful branded film for the Francis Ford Coppola Winery, which premiered at Sundance. Canada helmed the poetic Coca-Cola campaign “Share a Coke With Love” for W&K Portland as well as campaigns for Apple and TJ Maxx. Beyond commercials, Wes Anderson released his animated film “Isle of Dogs."—A.J.

Directing team Megaforce captured the sweet symmetry of Delta’s mesmerizing “Runways” spot from Wieden & Kennedy New York. They were also behind “Nothing Beats a Londoner,” Nike’s frenetic story of one-upmanship that won the Cannes Lions’ first ever Social Influencer Grand Prix (the campaign was produced via Riff Raff in the U.K.).  We Are From LA dazzled on a rap video for Nike Korea and a sports-style spot for Mercedes. And Manu Cossu deftly showcased 56 different creators in 90 seconds for Adidas’ World Cup soccer spot. —A.J. 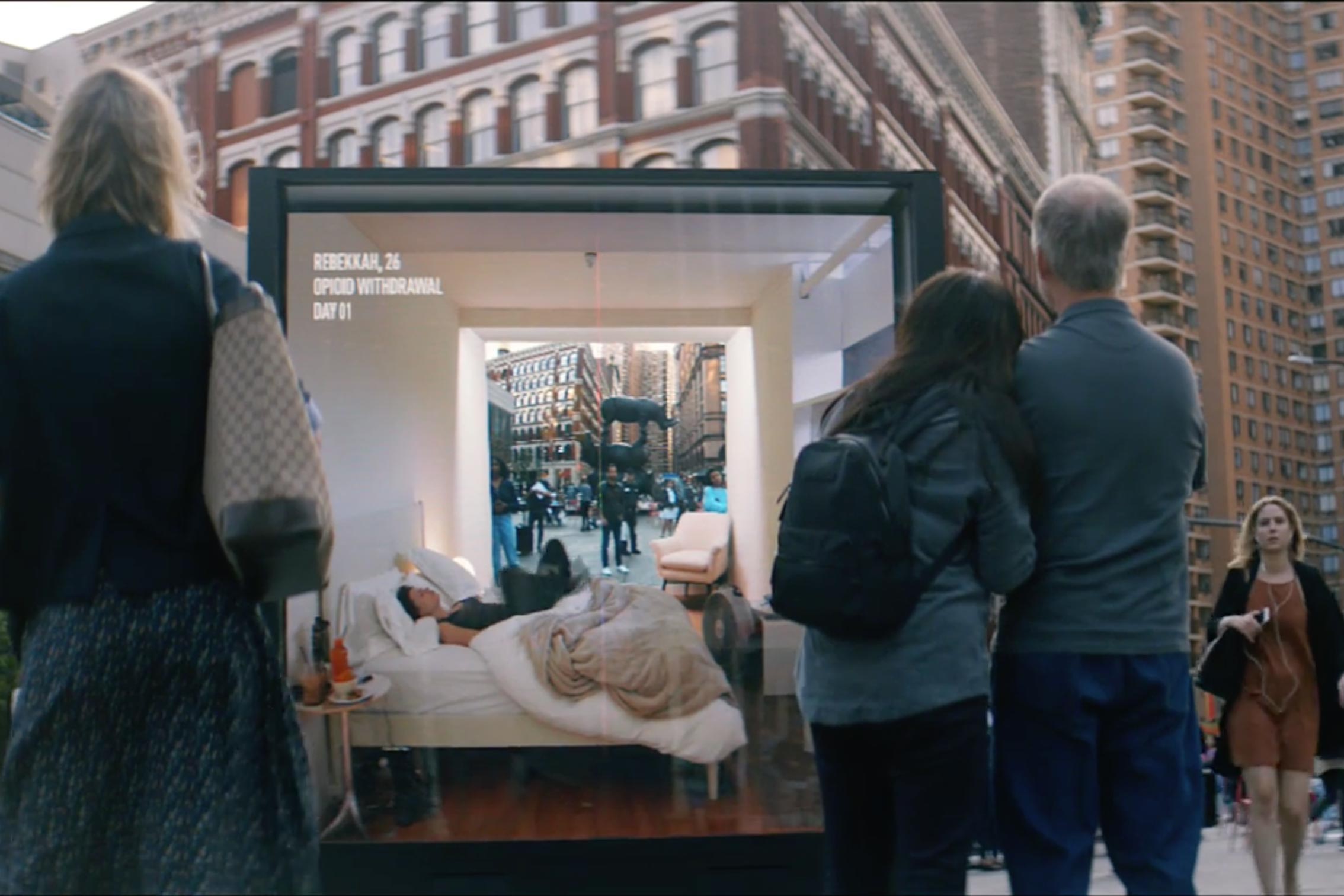 Mark Zibert directed an homage to Ikea’s 2002 “Lamp” spot, “Lamp 2” from ReThink Canada, which turned the Spike Jonze classic on its head to deliver an environmentally-conscious message. Stacy Wall blended sport and play for Nike in “Play It Like You Own It” from Wieden & Kennedy, and Sam Brown helmed Joan's strange, suggestive spot about harvesting gummies for Black Forest. —I.S.

M ss ng P eces director Karena Evans helmed five music videos for Drake, including “God’s Plan” and “In My Feelings,” as well as a SZA clip featuring Donald Glover. Jonny Mass and GS&P followed a BMW as it traveled in a straight line all the way across the U.S.—from the factory where it was built in South Carolina to the Los Angeles Auto Show. Tucker Walsh and Mike Woods embarked on a different kind of journey, tracking a woman as she detoxed off opiates on camera for Truth, with 72andSunny. Jared Knecht profiled chef Nobu Matsuhisa as part of luggage brand Rimowa’s exploration of travel by Anomaly. —I.S.

“The Handmaid’s Tale” director Reed Morano brought talent for haunting narratives to a spot for Nat Geo and 72and Sunny; “Nujeen” follows the journey of a wheelchair-bound Syrian refugee with cerebral palsy who taught herself English by watching soap operas and who wants to be an astronaut. Benito directed a Levi’s film for FCB West leading up to the midterm elections, part of the brand’s effort to encourage young people to register to vote. And Crystal Moselle directed the feature “Skate Kitchen” featuring girls in New York City’s skateboarding culture. —I.S. 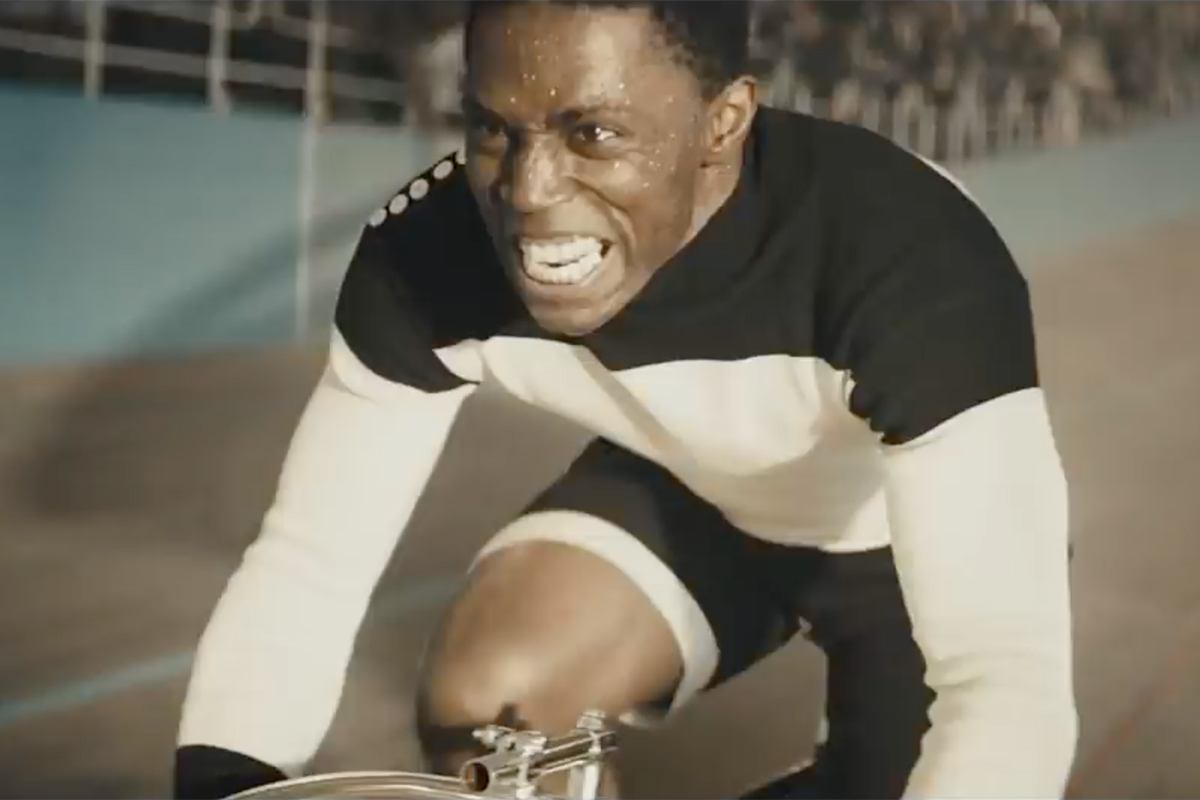 In 2018, the production company founded in 1968 by Ridley Scott and his late brother Tony became part of the new Ridley Scott Creative Group, alongside Black Dog Films, Darling Films and Scott Free. Commercial highlights included Jake Scott’s World Cup for Bud Light, in which drones delivered brew to fans in stadiums, and his sweet tales for Amazon depicting the Echo Dot bringing loved ones closer. Duo Anna & Ewan captured portraits of Americans’ financial challenges for Droga5’s “State of US” campaign for Prudential, and actor Ewan McGregor joined the roster and helmed a spot the craft that goes into building Indian Motorcycles. Juriaan Booji imagined a fantastical tale of risk and reward for The Macallan’s first global campaign, via JWT London.—A.C.D.

Toiling away at a computer becomes visual poetry in Andrew Dominik’s campaign for Apple, “Behind the Mac,” which captured creators from the U.S. to Tokyo in the zone. Skunk also produced the campaign’s massive outdoor billboards. Georgi Banks-Davies had a breakout year with another female anthem for Sport England’s “This Girl Can” campaign and directed a wistful, gorgeous spot about the pleasures of driving a used Audi. Greg Brunkalla highlighted the dangers of run-of-the-mill retail in a cute campaign celebrating the originality of Etsy wares. —A.C.D.

Dom+Nic continued the delightful adventures of Doris and Edward Bair in their third holiday outing for Heathrow Airport. The elderly Teddys settled in the Florida Keys, but the perfect climate leaves much to be desired when Christmas comes around. Brendan Gibbons’ six-year-run as the go-to guy for Progressive’s commercials starring Flo continued, including a spot that sees the sassy spokesperson stranded on a desert island, “Castaway”-style. Seyi Peter-Thomas was behind the shocking, eye-opening PSAs for Youth Ambassadors featuring “Sesame Street”-inspired instructionals showing kids what to do if one of their parents overdoses or if they hear gunshots nearby. —A.C.D.