'Mad Men' Is Great Art, Not Such Great TV Business

Tuning In: Why Don Draper Shares AMC With David Caruso's Sunglasses
READ THIS NEXT
The 'Mad Men' Prop Auction: 5 Items You Need At Your Agency

Despite its focus on the selling of corporate America, "Mad Men" does more for art than it does for commerce.

As AMC Networks disclosed Monday, the two-hour fifth-season premiere of "Mad Men" snatched the attention of approximately 3.5 million people, including about 1.8 million people between the ages of 18 and 49, the demographic advertisers covet most. It's the most-watched episode in the program's history.

And yet, those viewership numbers would make many TV executives gasp in horror. When "Lone Star" debuted on Fox in the fall of 2010 with 4.1 million viewers, for example, executives at the News Corp.network waited just one more week before pulling the plug on the series. 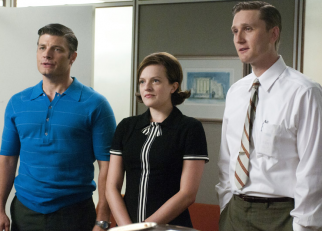 That sort of statement may strike many as unfair. After all, "Mad Men's" home base, AMC, is a cable network, and doesn't need outsize ratings numbers to make its business work. One can argue that a high-quality drama like "Mad Men" helps AMC negotiate higher subscriber fees from the cable systems that carry it. And it creates an image for the cable outlet that would otherwise take millons of dollars and many, many years of marketing.

The trouble? The numbers for the highly anticipated, heavily promoted "Mad Men" return aren't terribly spectacular for cable, either. The season finale of "The Walking Dead," also broadcast on AMC, snared nearly 9 million viewers, according to Nielsen, and a regular episode of USA's "In Plain Sight" last week attracted slightly more than 4 million. Heck, a rerun of "NCIS" on USA last week generated nearly 3.9 million viewers.

For all the attention "Mad Men" gets from overly academic critics who can't bring themselves to write about History Channel's "Swamp People," you'd think the show would bring in an audience more akin to "American Idol."

In fact, "Mad Men" appeals to a narrower niche, and as such, seems to have more ad dollars wafting through its plotlines than it does in its commercial breaks. In 2010, the last year original episodes of the show aired, marketers spent just $1.99 million in support, according to Kantar. That's flat with 2009 and down from the $2.8 million advertisers spent on the show in 2008.

In the TV business, those amounts are paltry: The amount of money spent on an entire season of "Mad Men" on AMC would get you just seven or so 30-second spots on ABC's "Modern Family."

We're not questioning the quality of "Mad Men." It's clear creator Matt Weiner has put his soul into this program, which is less an examination of the Madison Avenue of the past than it is an intense psychological scraping of the attitudes and events that shaped our postmodern U.S. society. The audience is likely highly intelligent, earns a larger-than-usual income, and has the scratch even in our post-recession world to buy an iPad or expensive bottle of liquor (or perhaps buy clothes at Gap Inc's Banana Republic, which offers fashions inspired by the drama).

But that 's not enough to sustain a publicly traded media company forever. When AMC launched "Mad Men" in 2007, it was viewed as the opening salvo in a new quest to use the highest quality programming to snare attention, drive subscriber fees and challenge everyone from News Corp.'s FX to Time Warner 's HBO to the usual CBS/ABC/Fox crowd. Instead, AMC has found the role of programmer to the elite to be a challenge, even as it strikes a pop-culture chord with such fare as "Breaking Bad, "The Killing" and "The Walking Dead."

What AMC has learned is that top-quality programs also cost top dollar, and that it's hard to make money on such stuff unless you also produce the show and can control its sales into international and syndication markets. AMC doesn't produce "Mad Men" -- that 's Lionsgate -- or "Breaking Bad" (Sony Pictures Television) or "The Killing" (Fox Television Studios and Fuse Entertainment). It does own "Walking Dead," however, a signal that the company sees the writing on the wall now that the network has gotten TV viewers to take more notice.

Simply put, AMC now must show more care in the way it programs itself. For its fourth quarter, parent-concern AMC Networks had to write down $18 million when "Rubicon," another AMC program that won some measure of critical acclaim, didn't muster supportable ratings and had to be canceled. When you aim to make "The Sopranos" with every drama you launch, the margin for error becomes razor-thin.

Besides, if "Mad Men" were as powerful a force in TV as all the attention suggests, wouldn't we see more like it amid the still-proliferating song-and-dance shows? Other recent attempts at so-called "retro" TV drama -- think NBC's "Playboy Club" or ABC's "Pan Am" -- whiffed.

AMC has recently appeared to veer away from the brand that "Mad Men" helped it establish. It's difficult to see how acquiring reruns of "CSI Miami" or launching reality programs like "Comic Book Guys" or "The Pitch" help the network stay true to the mission of luring audiences who, as AMC President Charlie Collier described them in a press release Monday, want "unexpected, unconventional and uncompromising television." Let's be honest: There's little in "CSI Miami" to bolster AMC's marketing slogan, "Story Matters Here."

But it's easy to understand how airing a "CSI" in syndication keeps AMC on a better business path. If it continued airing "Mad Men"-like programs and nothing else, AMC would likely win plaudits and the thanks of viewers starving for stuff meatier than drunken housewives and police procedurals. But a network on that course might not be around for very long.

Story matters, and so too does "Mad Men." But so does making a profit.