Advertisers won't be able to buy AMC's "Mad Men" finale in the upfront. Instead, the cable network will hold back the last episode, which will air in 2015, for advertisers to buy closer to air date, in what is known as the scatter marketplace.

"We know there's demand with our originals, we know these are our biggest events, and we're going to come to market with the posture that says, the demand is there," said Charlie Collier, president, AMC Networks. "We will sell it almost like a sporting event. It is going to be a pop-culture moment and we're coming to market as such." 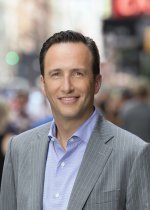 While some inventory in the final episode of "Breaking Bad" was held back for scatter, much of the ad time was sold in the upfronts, which typically garners a lower price tag.

The inventory that did remain fetched as much as $400,000 for a 30-second spot, media buyers said at the time.

While "Mad Men" doesn't pull the same ratings as "Breaking Bad" did in its final season --- "Mad Men's" season six finale averaged 2.7 million viewers -- it attracts an upscale viewer that is highly coveted by advertisers. In addition, it's difficult to gauge how a season finale will stack up against the last episode of a series. For example, the series finale of "Breaking Bad" was watched by 10.3 million people. However, the show's season four finale (the one before the first-half of the finale season) averaged just 1.9 million viewers.

"Mad Men" will bow the first-half of its final season on April 13.