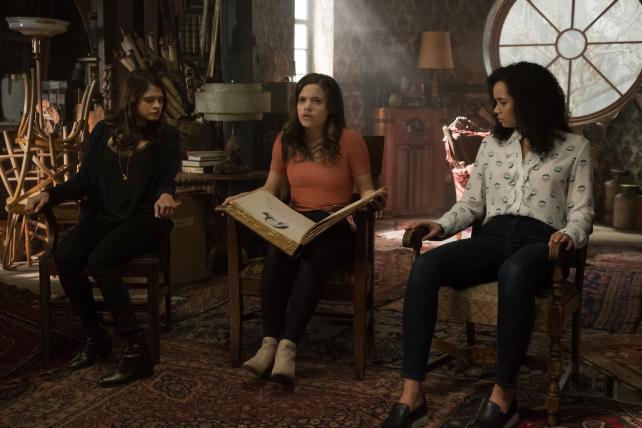 In the run-up to its Thursday morning upfront presentation in New York, the CW has taken the wraps off its fall broadcast schedule, a 12-hour slate that includes an all-new night of Sunday programming and three freshman series.

In a conference call with media types, CW President Mark Pedowitz boasted that the network's dozen hours of original scripted programming gave it more homegrown assets than any broadcaster this side of CBS. The network boss also noted that while Sunday nights are already overstuffed with youth-friendly options—fall Sundays feature NBC's "Sunday Night Football," AMC's "The Walking Dead" and Fox's NFL-boosted "The Simpsons"—the CW has every intention of competing with the established powerhouses.

To that end, the network is kicking off its new night with the returning franchise "Supergirl," which also happens to be its second most-viewed show behind DC Comics stablemate "The Flash." Heading into its fourth season, Kara Zor-El and Co. will lead into the reboot of the bewitching drama "Charmed," which first aired on CW predecessor the WB network from 1998 to 2006.

"We intend to compete … and ["Supergirl" and "Charmed"] are the assets that will let us do that," Pedowitz said. "We knew that it was important for the advertising community and the affiliates to know that we are going to compete. Our affiliates were very much supportive of having another night of quality programming."

Pedowitz went on to explain that the strategy behind pairing the two series reflected the CW's desire to offer a block that would appeal to young women. "We felt that these are two shows that empower women and are making a statement that we are not kidding, we are not going to phone it in on Sunday nights," he said, before adding that the enhanced schedule could also be interpreted as a measure of the CW's ambitions.

"We do believe in broadcasting," Pedowitz said. "We wanted to stake a claim that we are growing while others contract." The network announced its intention to enter the Sunday night fray back in February.

The CW boss also talked up the network's diverse line-up, telling reporters that 30 of its 37 series regulars are women and/or people of color, adding that each of the five new series on the fall schedule were developed by women.

The establishment of two new ad-supported hours is expected to boost the network's national ad inventory "by about 20 percent," said Rob Tuck, executive VP of network sales, before declaring that unlike its rivals NBC and Fox, the CW had little interest in shaving down its commercial loads.

"The buzz around the industry right now is there is a real sense of the cost of doing limited commercial runs, and the clients, most of the clients, are hesitant to foot the bill on the premium that would be pushed back to them," Tuck said. "So, while we're certainly open to trying to figure out these things in the future, there is no formalized plan to limit our advertising."

Tuck went on to add that he did not believe the C3/C7 ratings currency would be replaced "any time soon," perhaps alluding to Turner's upfronts plea on Wednesday to "retire the Nielsen television metric."

Along with the revamped "Charmed," the CW this fall will debut Greg Berlanti's high school football drama "All American," which stars Daniel Ezra, Samantha Logan and everyone's favorite Twitter follower, Taye Diggs. "All American" will lead out of the "Twin Peaks"-meets-Pops' Chock'lit Shoppe potboiler "Riverdale," which returns for its third season in October. Also new this fall is "Legacies," a supernatural drama that is a direct descendant of "The Vampire Diaries" and "The Originals." Crawling with bloodsuckers, werewolves and other things that go bump in the night, "Legacies" will occupy the Thursday 9 p.m. slot, where it will be set up by the ageless "Supernatural" (first episode: 2005).

Midseason projects include a "Roswell" revival and "In the Dark," a pitch-black dramedy about a young blind woman who enjoys casual sex and doesn't quite care for her seeing-eye dog, Pretzel.

All told, the CW will enter the fall with five DC superhero series on its slate, a roster that includes "Arrow," "Black Lightning" and the network's most-watched, highest-rated show, "The Flash." Currently in its fourth season, "The Flash" averages 2.22 million live-same-day viewers and a 0.8 in the demo, which works out to a little more than 1 million adults 18 to 49.

The CW's complete fall schedule can be found below. In addition to the new series pickups, Pedowitz on Thursday confirmed that a handful of legacy series are on the way out. Airing their final seasons during the 2018-19 campaign are "Crazy Ex-Girlfriend," "Jane the Virgin" and "iZombie." At least one of those final orders was already the subject of a good deal of fan chatter; back in March "Jane the Virgin" star Gina Rodriguez told a SXSW panel that the show's upcoming fifth season would be its last.

"We will miss each of those shows in terms of what they've done for our network," Pedowitz said. "They've helped the perception of the CW across the board." The network chief also noted that the decision to not go ahead with "Wayward Sisters," a proposed spinoff of "Supernatural," was a function of the show not quite meeting the CW's creative criteria. The backdoor pilot for "Wayward Sisters" aired Jan. 18 and drew 1.85 million viewers and a 0.6 rating in the demo.