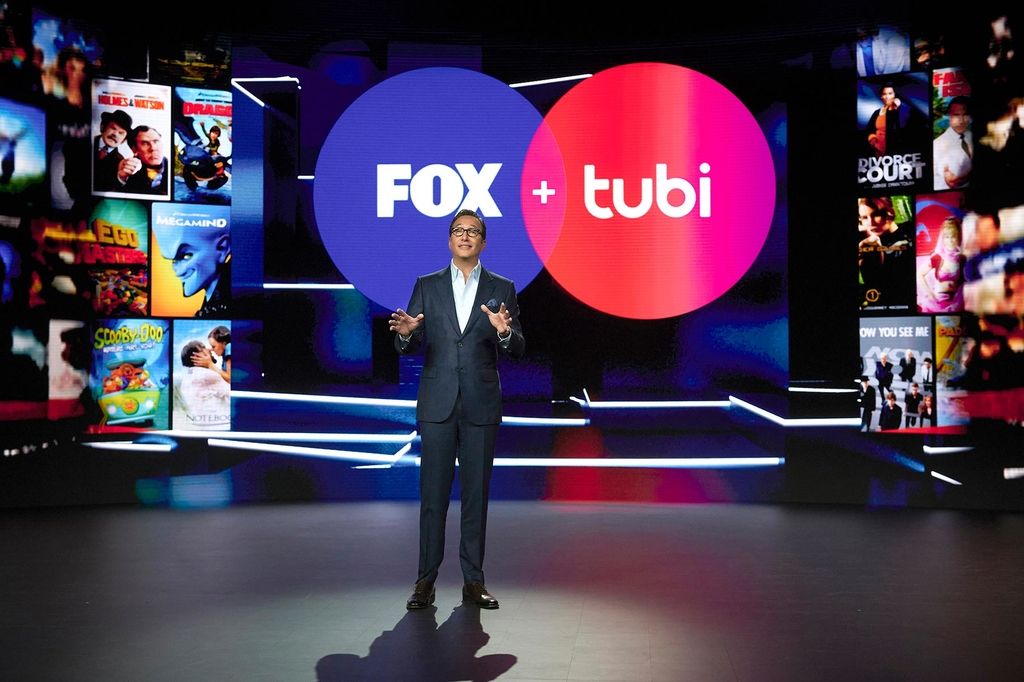 Fox boasted its commitment to ad-supported content during its virtual upfront presentation to the marketplace on Monday afternoon. It’s perhaps an obvious and odd thing to point out in a pitch to ad agencies and brands during a week dedicated to that very topic, but at a time where more content lives on non-ad supported platforms, Fox leaned heavily into its strategy of being 100% ad-supported.

“Fox is bringing you in, not cutting you out,” said Charlie Collier, CEO, Fox Entertainment. To prove just how much Fox loves advertising, Collier cut to an “ad break” spoofing a pharma commercial. “Does the thought of another ad-free streamer behind a paywall give you the willies? ... If so, you’re probably suffering from Max Plus Syndrome, a condition plaguing many ad buyers today.”

Fox is the only programmer presenting this week that doesn’t own an ad-free streaming platform. Instead, Fox has the free, ad-supported platform Tubi.

Fox also chastised “complicated” ad products from the likes of rivals, poking fun at NBCUniversal’s One Platform and ViacomCBS’ EyeQ.

Fox made its pitch to advertisers in the wake of the deal between AT&T and Discovery, which will combine AT&T’s media assets with that of Discovery. This leaves Fox as one of the leanest network programmers—a strategy which, Collier said, has allowed it to be more nimble and focused.

Collier introduced Fox's new programming by describing it as “not built for subscribers, but built for you to help build your brands.”

Related articles
How Fox will use NFTs to promote its new animated series 'Krapopolis'
Garett Sloane
What the AT&T, Discovery deal means for advertisers
Jeanine Poggi
Why TV networks must deliver on multicultural promises in the upfronts
Jeanine Poggi
Will the TV upfronts really change this year?

After the past year of the pandemic and social unrest, Fox is looking to woo viewers and advertisers with programming that leans on stories of hope and second chances during the 2021-2022 season.

“Fox believes it’s a time for series that offer hope and to speak to American audiences with themes of reinvention and second chances,” Collier said.

Fox is adding four new dramas, two new comedies, four unscripted series and one new animated comedy to its lineup next season, tapping into themes like renewal and reinvention.

These shows include “Big Leap,” which revolves around a group of “diverse, down-on-their-luck characters attempting to change their lives” by participating in a reality dance show.

There’s also “Our Kind of People: Inside America’s Black Upper Class,” from executive producer Lee Daniels, which is set in the aspirational world of Oak Bluffs on Martha’s Vineyard, “a historical stronghold where the rich and powerful black elite have come to play for over 50 years.” It follows a single mom as she sets out to reclaim her family’s name and “make an impact with her revolutionary haircare line that highlights the innate, natural beauty of Black women.”

Completing the quartet are “The Cleaning Lady,” in which a Cambodian doctor comes to the U.S. for medical treatment to save her sick son, and becomes a cleaning lady for organized crime families; and “Monarch,” a multi-generational musical drama about America’s first family of country music.

On the reality front, “Alter Ego” is a singing competition show with a twist, where the contestants will perform not as themselves, but in character as their alter egos.

Fox will also experiment with NFTs, or Non-Fungible Tokens, to promote its new animated series “Krapopolis.”