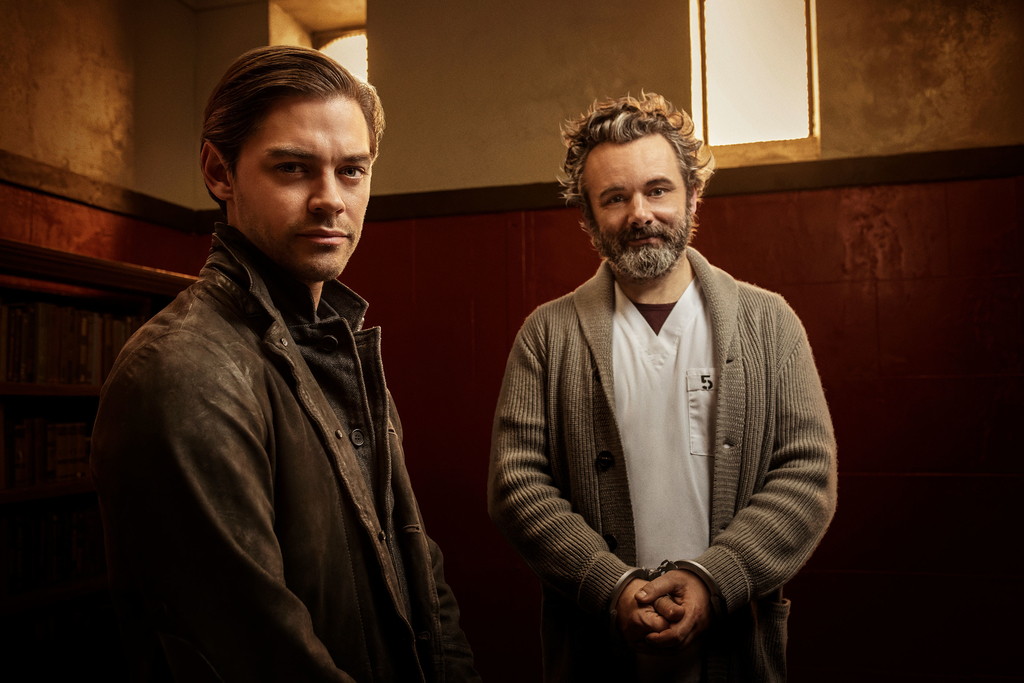 In its first upfront presentation since selling off its studio assets and basic-cable networks to the Walt Disney Co., Fox on Monday pitched itself to advertisers as a scrappy underdog that also happens to deliver some of the largest audiences on television. And while the attempt to spin the Murdoch family’s network as some sort of artisanal broadcast property sometimes seemed to fly a bit wide of the mark—it’s hard to sell a dark-horse narrative when you’re airing the next Super Bowl—Fox Entertainment CEO Charlie Collier, an ad sales veteran in his own right, found the proper register between startup entrepreneur and top banana.

Collier, who knows his way around a negotiation—as the exec VP and general manager of sales at Court TV, he pioneered the adoption of return-on-investment metrics—quickly won the favor of the media buyers and advertisers in the crowd at Manhattan’s Beacon Theatre when he said he would dispense of the all-too-familiar data-besotted upfront spiel. (That appears to be the trend at this early stage of the week, as NBC’s Linda Yaccarino earlier in the day made a point of sidestepping the standard upfront hypebeast humbug. And with good reason; with CBS, NBC and Fox all tied with a 1.2 rating among adults 18-49, there’s no call for anyone to break out the foam “We’re No. 1” fingers.)

Rather than burying the audience in numbers, Collier instead constructed a sort of vision board showcasing Fox’s most durable assets. Much of the brightest elements on the board were sports properties, including Super Bowl LIV, NFC Championship Game, the World Series, Big Ten college football and a new live WWE wrestling show coming to Fox on Oct. 4. On the scripted side of the board, Collier talked up the network’s Sunday animation lineup, the Ryan Murphy drama “9-1-1” and TV’s highest-rated entertainment program, “The Masked Singer.”

“It’s a new day to build a bold entertainment company,” Collier said. “You can feel the startup company that we’re building. We’re setting up innovative production models, models that wouldn’t have been possible before. We’re creating a new corporate culture—and we are proudly independent.”

Collier ran cutdowns for the fall dramas “Prodigal Son,” “Not Just Me” and the animated comedy “Bless the Harts” before giving buyers a first look at midseason fare such as the Kim Cattrall vehicle “Filthy Rich,” Stephen Dorff’s “Deputy,” the John Slattery intrigue “neXt” and “Outmatched,” a live-action comedy starring renowned pastry enthusiast Jason Biggs and “Psych” alumna Maggie Lawson. Of those, perhaps the televangelist potboiler “Filthy Rich” and the dystopian Alexa-gone-amok thriller “neXt” qualify as one of the shows that Collier characterized as a “big swing.” (“Deputy” is about a two-fisted cop who plays by his own rules. Not exactly reinventing the wheel there, but to be fair, radical innovation isn’t exactly hardwired into the network TV circuit board.)

Sales bona fides aside, Collier is also a born showman. As the president and general manager of AMC, Collier helped develop and nurture such creative standouts as “Mad Men,” “Breaking Bad” and “Better Call Saul” as well as the cash cow that is “The Walking Dead.” In scripting his upfront pitch, Collier’s most effective gambits included trotting out the cast of the new scripted/reality hybrid “BH 90210” and capping the evening with an appearance by Justin Timberlake, who serves as the executive producer of the upcoming competition series “Spin the Wheel.”

The gang from West Beverly was the clear favorite among the Gen Xers in the crowd, while Timberlake’s appearance left much of the Beacon hooting like distressed barn owls, regardless of generational affiliation. Tori Spelling, aka Donna Martin, earned the night’s biggest chuckles when she offered up a six-word tag line for the “Beverly Hills, 90210” pseudo-spinoff: “This time, there are no virgins.”

Fellow Peach Pit loiterer Jenny Garth noted that while original “90210" cast member Shannen Doherty hadn’t been able to make it out to New York for the upfront show, she had signed on to participate in the Fox summer series. Also on hand were Jason Priestly, Ian Ziering, Brian Austin Green and Gabrielle Carteris, who gamely joked about returning to Fox after nearly 20 years. To their enduring credit, no one looked to score empathy points by invoking their recently deceased friend Luke Perry.

Between celebrity cameos, Fox ad sales capo Marianne Gambelli, who as a former top media buyer knows  how the other half lives, laid out her pitch. Efficiency and relevance were the bywords. “I’ve sat in your seat and I know what it’s like,” Gambelli said. “We’re not going to waste your time trying to sell you things you don’t want to buy.”

Gambelli also briefly touched on a few structured advertising initiatives, including “Fast Break,” which she described as an evolution of Fox’s JAZ pods, and “Prediction Pods,” vignettes that are meant to capitalize on the social media conversation surrounding the show in which the pods are seeded.

Gambelli went on to say that while the competition is “getting more complicated” with enforced cross-platform deals and the bundling of sports and entertainment options that are often far from complementary, Fox remains “laser focused” in its pledge to match clients with the events and series that best meet their marketing objectives.

Perhaps one of the few bum notes that sounded during the Fox show is when Collier and Gambelli both crowed about how much more “ad-friendly” the network is in the wake of the Disney deal. While there’s no denying that it’s better practice for Fox Sports’ Seth Winter to sell baseball, football and soccer without having to worry about kicking the can down the hall to the scripted team, the “ad-friendly” claim could also be interpreted as a brand-safety guarantee. Which seems eminently applicable to the sports and entertainment properties, but perhaps not so much for the Fox News division, which over the last year has shed multiple advertisers in its primetime opinion programming.