A streamlined Fox bulks up on drama, animation

On this sports-centric network, there's little room for flab 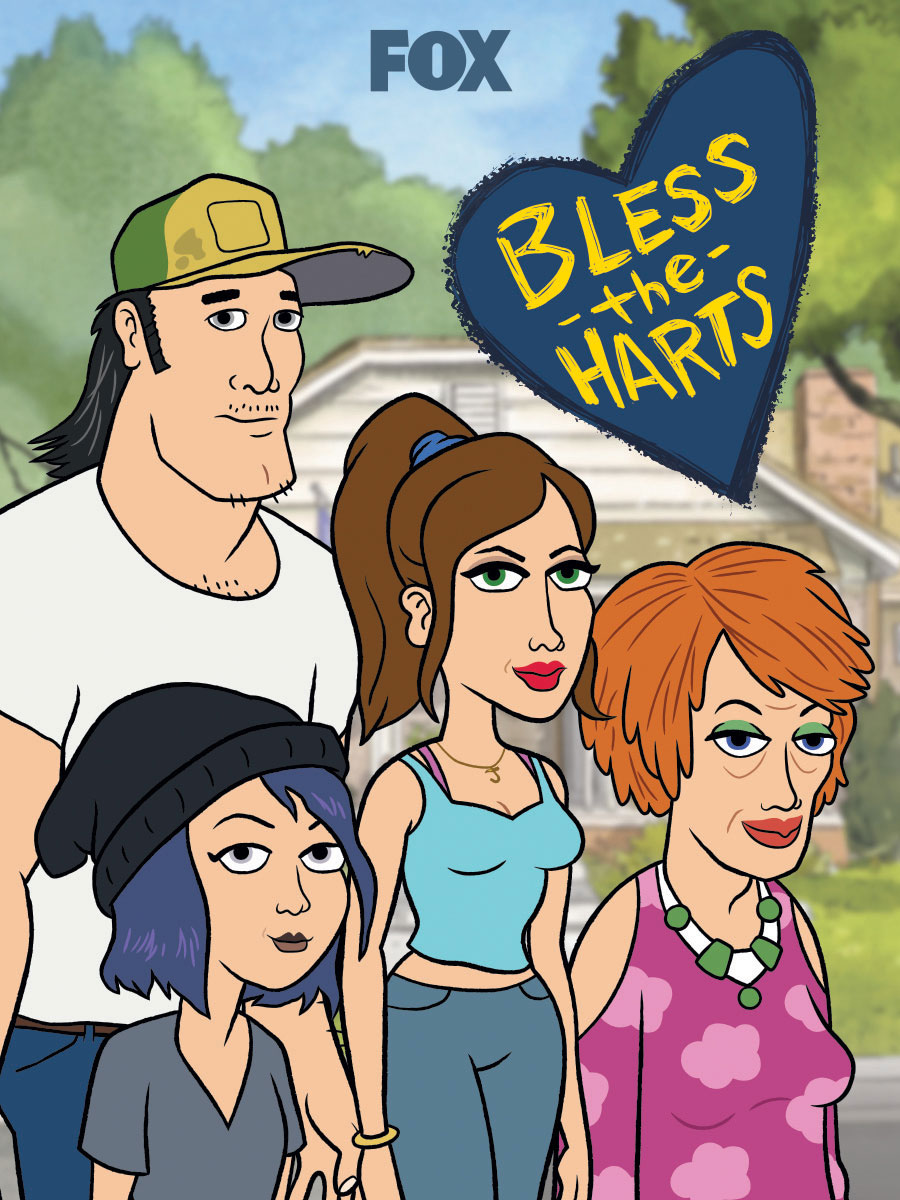 While Fox’s programming team wants to assure advertisers that it has in no way junked its scripted series development, the network’s increased emphasis on live sports has made it more difficult for new projects to crack its primetime lineup. Already a lean operation—unlike the Big Three legacy broadcasters, Fox doesn’t program the 10 p.m. time slot—the introduction of a Friday night WWE wrestling block leaves room on the schedule for just three new fall shows.

Leading out of “9-1-1” Mondays at 9 p.m. is “Prodigal Son,” which stars “The Walking Dead” alum Tom Payne and Michael Sheen (“Masters of Sex”). Produced by the ubiquitous Greg Berlanti, who currently has no fewer than 15 dramas airing on broadcast and cable, “Prodigal Son” features Sheen as a notorious serial killer and Payne as his murderer-hunting progeny.

Fox’s second new fall drama is “Not Just Me,” which will air out of the unscripted hit “The Masked Singer” in the Wednesday 9 p.m. slot recently vacated by “Star.” Executive produced by Jason Kitmas (“Friday Night Lights”), “Not Just Me” stars Brittany Snow as the daughter of a fertility doctor (Timothy Hutton), who reveals that he has fathered more than 100 children via artificial insemination. In time, Snow’s character begins to form a sororal bond with two of her laboratory-conceived siblings.

Also on the fall slate is the new animated comedy “Bless the Harts,” which takes the 8:30 p.m. Sunday slot immediately after “The Simpsons.” Among the familiar voices that will be featured in this show about a striving Southern family are those of Kristen Wiig, Maya Rudolph and Mary Steenburgen.

While Fox’s fall schedule is relatively light on freshman scripted efforts, the network has ordered seven other projects for midseason and beyond. Among the newcomers expected to arrive in 2020 are four dramas (“9-1-1: Lone Star,” “Deputy,” “Filthy Rich,” “neXt”) and the comedies “Duncanville,” “Outmatched” and “The Great North.” All told, Fox has laid in 10 new scripted series for the coming season, up from five a year ago.

“Outmatched” stands alone among the new comedies as the sole live-action effort in the bunch. It will be paired, at an unspecified date, with Tim Allen’s “Last Man Standing,” which was booted from its fall perch by the arrival of the WWE’s “SmackDown Live.” If the elimination of Fox’s one-hour Friday night comedy block has momentarily put the kibosh on the network’s live-action sitcoms, circumstances have elbowed a few dramas out of the way as well. Chief among these is “Empire,” which will call it quits in 2020 after a six-season run.

Speaking to reporters this morning on a call to discuss the 2019-20 roster, Fox Entertainment CEO Charlie Collier said the network “is not only open for business, but stronger than ever,” before adding that the fall schedule reflects Fox’s desire to “partner with a wide array of studios” in the wake of the sale of its own in-house facility to Disney. But the divestiture of the 20th Century Fox Television studio also diminishes the relative importance of shows that had once made a killing on the backend; as such, the value of once seemingly bulletproof properties such as “Empire” has been greatly diminished.

For all that, Fox intends to give the show a grand sendoff. “We are turning the final season of ‘Empire’ into a large television event, we are really trying to go out guns a-blazing,” Collier said. “One of the benefits of announcing a final season is you allow fans to lean in and have the ending they deserve.”

Once the centerpiece of Fox’s primetime lineup, Lee Daniels’ hip-hop drama in recent months has been the focus of a great deal of off-screen intrigue, much of it related to the odd saga of actor Jussie Smollett. The “Empire” actor was arrested three months ago in Chicago for allegedly conspiring to stage a fake hate crime against himself and filing a false police report. The charges were dropped in exchange for the forfeiture of Smollett’s $10,000 bond, and while his contract option with the show has since been extended, there are no plans to bring him back for the final season.

“Empire” in its first two seasons was a pop culture phenomenon, drawing crowds that dwarfed every other scripted show on TV other than Collier’s “The Walking Dead.” Season 1 averaged a staggering 5.9 rating in C3, which means that on average 7.5 million adults 18-49 watched the commercials each episode during the series’ freshman run. To approximate those deliveries today, advertisers would have to buy time in the five top-rated scripted shows on Fox.

When pressed as to whether Smollett’s legal issues contributed in any way to the decision to cap “Empire” after the next 20 episodes, Collier deflected the question, saying, “six years is a remarkable run.” Collier’s not talking through his hat; of the 49 broadcast dramas that aired this season, only six, or 12 percent, are originals (i.e., not spinoffs or reboots) that have aired a half-dozen years or more.

On the sports side of the spectrum, Fox Sports CEO and Executive Producer Eric Shanks said that conversations with likely Super Bowl LIV advertisers are already underway. In a bid to kickstart the sales process, Fox and the NFL revamped the commercial format, cutting the number of in-game ad breaks from 25 to 20 per game. “That tightens up the most valuable units types, the A- and Z- positions,” Shanks said, referring to the first and last spots to air in a given break.

To begin conversations with clients before NFL training camp has begun may run counter to how the Super Bowl ad market has progressed in recent years, but that sort of proactive strategy is very much in keeping with the early-bird ethos of new sports sales boss Seth Winter. Late of NBC Sports, the veteran ad sales chief has over the course of his career sold inventory in everything from repeats of “Benny Hill” to the Olympics, and Winter’s abiding philosophy has been to start dealing when the market is ready.

As for the Fox entertainment offerings, Ad Sales President Marianne Gambelli and her team are expected to start seeing client budgets dropping in after Memorial Day Weekend, whereupon the annual selloff can begin in earnest.

Seven other scripted newcomers (“9-1-1: LONE STAR,” “DEPUTY,” “FILTHY RICH,” “NEXT,” “DUNCANVILLE,” “OUTMATCHED” and “THE GREAT NORTH”) join the schedule in midseason/2020, as will the returning series “Last Man Standing,” “The Orville” and “MasterChef Junior.”