As we head into a new year, and a new decade, times are uncertain in the ad world. "We’ve had a rough year," Eric Fowles, CEO of Voltage, admits, "and that’s part of why we're pivoting and looking at different revenue models. We’re still driving digital work, and it’s picking up again, but we had some leadership changes, work drying up, rough client relationships, and other challenges that created a perfect storm—so I’m jealous of any shop that has clients beating down their doors. We’ve just got some catching up to do. So, heads down and moving forward. I am proud of the work we did this year, because of the circumstances we had to push through, and still delivered."

In the spirit of giving this holiday season—after a year of celebrating the best work the Amp community has to offer every month—we decided to ask members to give back and name their favorite ad campaigns and agency strategies from the past 12 months. 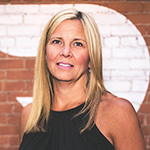 Before this year's Ad Age Small Agency Conference, I was unaware of Badger & Winters. As a Connecticut resident, I knew about Madonna Badger's horrific family tragedy, but did not know that she, like me, is an agency owner. I don't think the word "impressed" completely captures how I feel about the fearlessness, love and ability to effect change that is enveloped in B&W's work from #NoKidsInCages to #WomenNotObjects to Olay's "FaceAnything." Hearing Badger speak about her experiences and work touched me deeply and inspired me to push myself and the team to further embrace creative bravery to improve on our own work. 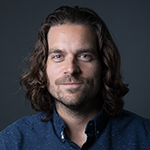 It is certainly intriguing that a lot of industry vets and long-tenured C-level execs are departing big agencies and opting instead for smaller boutiques and even consultancies. Things are changing: We’ve seen more prominent movement from agency execs to the brand side before, but this points to a reawakening on the agency side. And the move is proving to work! Look at agencies like Fig, Circus Maximus and Wolfgang L.A.

One project that is perfect both for its creative excellence and for what it helps to give back to the world is the Code of Conscience from AKQA Brazil. I wish we’d done it. Technology implemented for good in a simple-to-get idea. From a big media standpoint, I loved the “Dream Crazier” spot from Wieden & Kennedy for Nike. When TV is done well, it’s still so powerful. From a social and digital standpoint, I like what Circus Maximus is doing for the startup Roman. The targeting is disruptive, and the story is very raw and authentic. Last, I love Leo Burnett’s “Feeding America” that used generative AI to paint a picture of the faces of those in need. It was powerful. 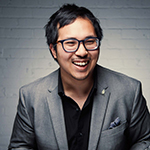 The Popeyes chicken sandwich release was a masterclass by Fernando Machado of Burger King, who also oversees Popeyes, and agencies Gut and GSD&M. By understanding the markets they serve so well they were inspired their own customers to stir up controversy about "Who has the best chicken sandwich" with rarely challenged incumbent Chick-fil-A. This was largely possible by having a great product, but it can only be accomplished if your market is passionate about the topic. Even more brilliant: How Popeyes turned a PR crisis—running out of sandwiches—into even more hype, including creating a video on how customers make the sandwiches themselves. 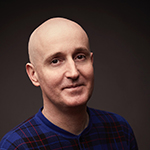 I think there are some really interesting shifts happening. Brands are more aware than ever about how they are culturally positioned and perceived. And that manifests in cause-based work, reinventing themselves and rethinking how consumers experience them. For a shop like M ss ng P eces, this shift toward physical infrastructure, interactivity, brand storytelling and experience has really been noticed. We have seen a huge increase in interest around experiential work. And that’s not just physical, it can be anything that allows for a sense of real-time interactivity. We are hugely inspired by brand bravery that makes Samsung 837, Mini A/D/O, Warby Parker stores, or even McDonald’s and Burger King viral campaigns take huge strides in the real world. And then seeing Samsung again go big with Fortnite, feels like part of the same shift to me. It’s moving brands into world-building, and building worlds for brands. 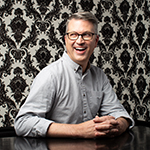 As I'm sure my colleagues are sick of hearing me say the thing that made me the most jealous this year was "Skittles Commercial: The Broadway Musical." Talk about zigging while everybody zags! I would have loved to have been at the early pitch meetings when they said, "Let's blow our Super Bowl budget on a one-performance-only Broadway musical with the guy from Dexter as a singing bodega cat." Yes, I'm a theater nerd—I met my wife doing a show, for heaven's sake—but this commercial/stunt/activation really hit all the right notes for me: smart, meta, ironic yet strangely sweet, and funny as hell. And finding new ways to use different channels, like releasing the soundtrack on Spotify, was inspired. It felt just right for the brand and hijacked PR buzz during a week when advertising PR buzz is enormously difficult to hijack. Hat tip to all involved! 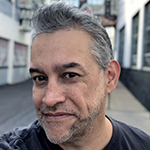 A campaign that stood out to us this year was the work Barton F. Graf did for Bob’s Discount Furniture. We love this one because of the challenging brief: Convince the public we don’t sell cheap stuff, and by the way, our animated spokesman and “discount” must stay. We believe when you find a brand’s purpose you have to uncover the stories that are already there. BFG just took the hand they were dealt along with Bob’s mission and found a wonderful, offbeat way to reposition the chain and impart that “discount” can mean quality, too. Bravo.

As for the best agency move, we again look to Barton F. Graf, an agency we’ve always admired, and Gerry Graf making the difficult decision to close and regroup rather than compromise the work for which he and his shop are known. In this era of shrinking AOR work, we must rethink compensation models to ensure we are compensated fairly for the ideas and value we bring to the table. Barton F. Graf, we’ll miss you!. 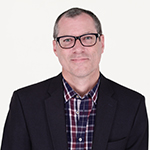 Friction and discourse seem to rule the day. Worlds of celebrity, art, fashion, sports and music crashing together, creating excitement with juxtaposition. That’s what’s gaining attention. Adidas with Kanye West’s Yeezy; LVMH naming Rihanna to head a new fashion label; Nike’s “Dream Crazy.” What really stood out for me was Burger King adopting artist Jørgen Leth’s film of Andy Warhol eating a burger, literally putting art, celebrity and commercial worlds on the biggest sports stage. It got people to take notice and sparked dialogue, being bold enough to stand out at the Super Bowl. That impressed the hell out of me. 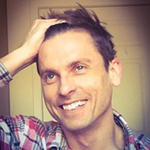 Ad Age Amp is a new platform for creative work, companies and people. Showcase your expertise, accolades and campaigns while leveraging the credibility of Ad Age and Ad Age Creativity.