Last month, Hungry Man director Bryan Buckley, who in this industry is best known for his countless Super Bowl ads and other high profile commercials, came out with his latest project, the Trump Statue Initiative. The protest art installation "honored” the POTUS’ most memorable contributions to the U.S. in the form of living statues erected near the White House.

The first round recounted moves like Trump’s photo op at St. John’s Church and his retreat to a White House bunker in the wake of Black Lives Matter protests after the death of George Floyd. Now, the initiative has traveled to Portland, Oregon. New installations, manned by actors painted in gold and posing as sculptures in public spaces, call out the president's deployment of federal forces to quell protestors there, his stance on mail-in voting and his well-wishes for Ghislaine Maxwell, the British socialite recently arrested for sex trafficking and other crimes in connection to the late financier and convicted pedophile Jeffrey Epstein. 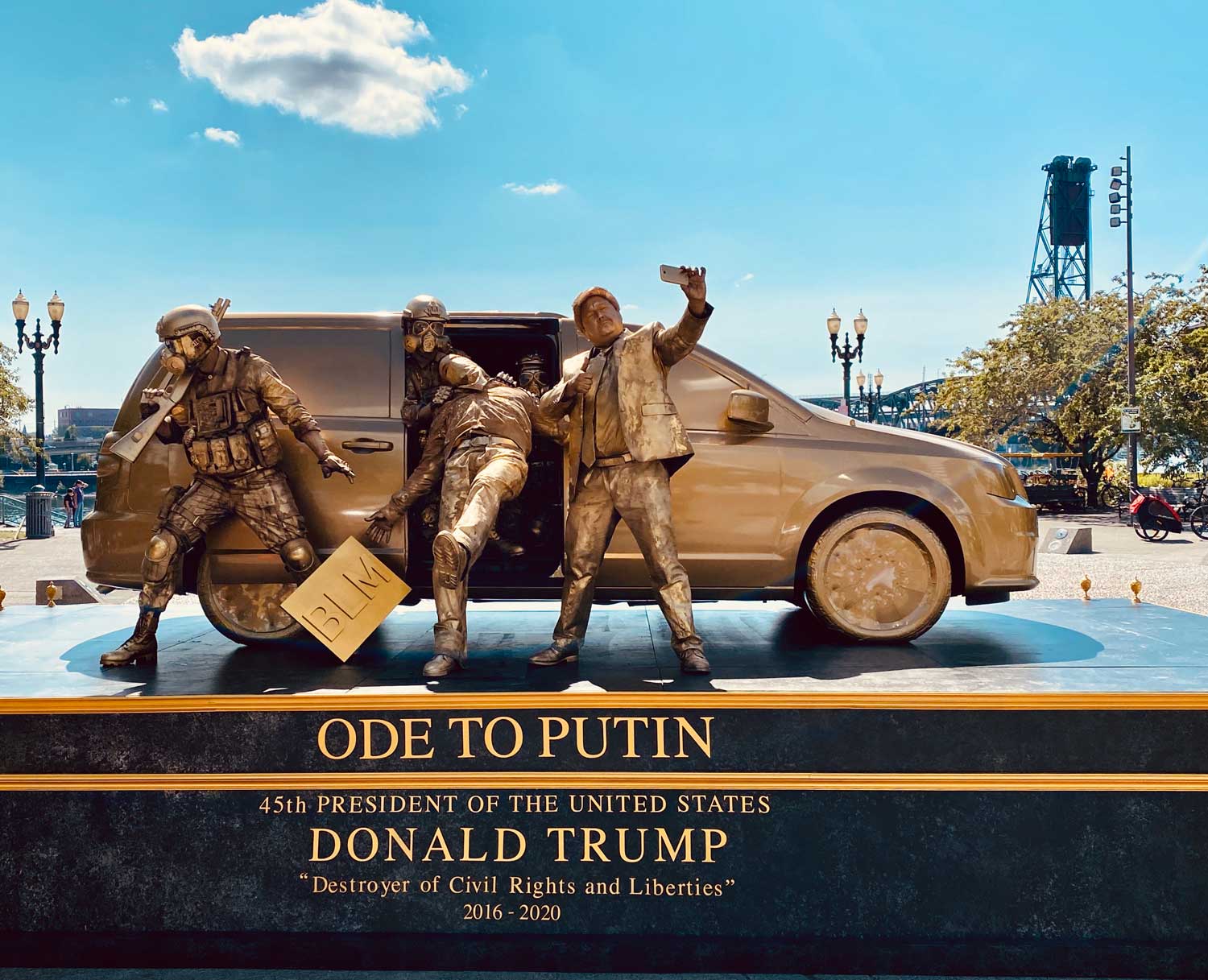 One of the statues depicts the commander-in-chief in yet another photo op moment, but this time against the backdrop of a federal officer hoisting a protestor into a van as another looks out onto the crowd, decked out in gear and on the ready. While it’s clearly a representation of events occurring in the U.S., it’s titled “Ode to Putin,” a wink to Trump’s ongoing deference to the Russian president, who himself is notorious for tamping down political dissent in his own country. 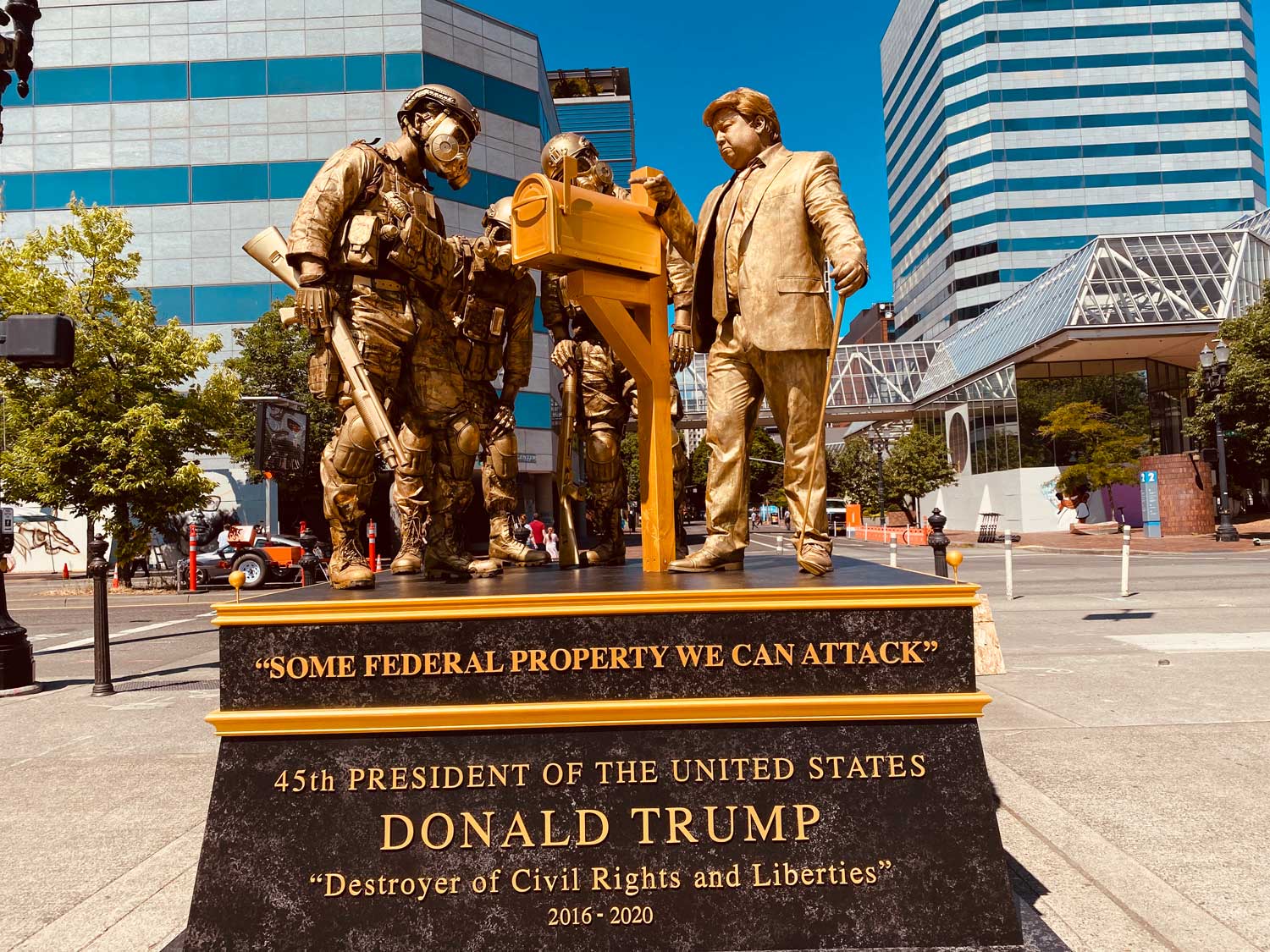 A second statue features Trump, golf club in hand, alongside a pair of soldiers, gathered around a mailbox. It’s called “Some Federal Property We Can Attack,” highlighting the POTUS’ repeated remarks ahead of the election denigrating mail-in voting, suggesting that it can lead to voter fraud.

A third statue shows Trump kneeling in prayer, but affixed to the pew is a photograph of Ghislaine Maxwell, a reminder of the POTUS’ support for her. "I just wish her well frankly," reads a placard.

The new statues were a “complete no brainer," Buckley says. "[Trump’s] fascism must be stomped out anywhere he goes. His beating and shooting of BLM protesters, vans with federal secret police trying to rally his base with the news footage and tweets of the whole thing. It’s deeply disturbing.”

As to whether there are more statues to come, Buckley says, "What do you think?"

See more about the Trump Statue Initiative on its dedicated site. 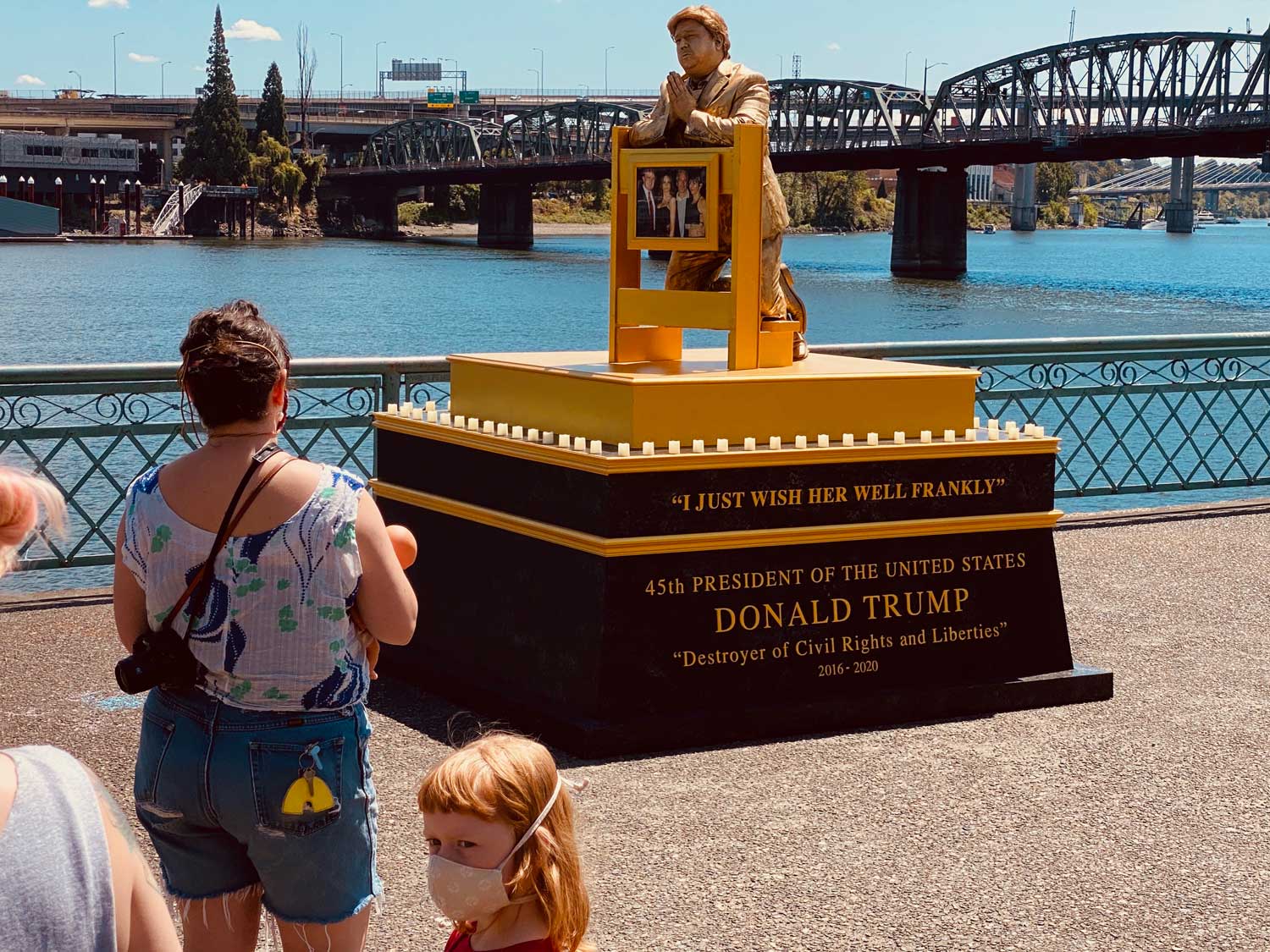