At 3 P.M. local time on Memorial Day, the country will observe the National Moment of Remembrance, a tradition established by Congress whereby Americans are asked to stop what they’re doing for one minute to honor those who died in service to the country. Budweiser is joining in the memorial by observing 60 seconds of silence across all its media channels and breweries at that time.

At 3 P.M. production lines at all 12 of the company’s flagship breweries will stop. Ads running on TV, radio and online at that time will broadcast one minute of silence, recorded at the Calverton National Military Cemetery. On YouTube, Bud will have a 24-hour skippable pre-roll buy sending viewers to the "Moment" spot, while on Instagram, Bud has tapped influencers and brand partners to share an unbranded image reading, “Moment of silence in honor of fallen heroes.”

There’s even a print component. A full-page ad running in the New York Times will feature long copy on military sacrifice—which should take people about one minute to read. 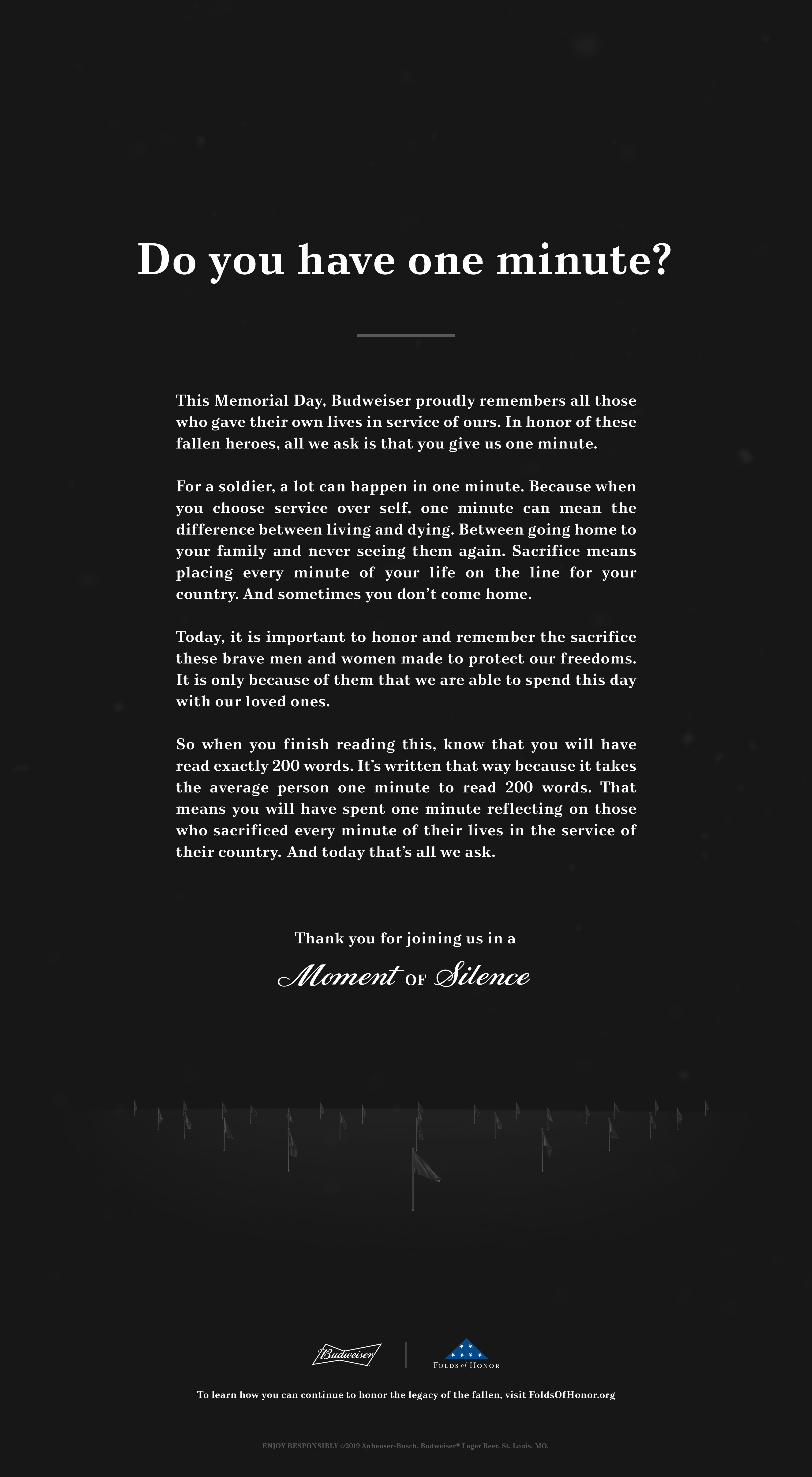 Anheuser-Busch worked with VaynerMedia on the campaign. The Company has a long commitment to the military and employs more than 1,500 veterans across the country. Previously, it debuted camouflage-covered bottles in a salute to vets and military personnel.

“Budweiser’s support for America’s military dates back more than 140 years,” said Monica Rustgi, VP of marketing for Budweiser, in a statement. “Today, we want to honor the sacrifices that make Memorial Day matter, with a nationwide moment of silence that remembers the women and men who gave their lives in service of ours.”

Medusa and Napoleon use Amazon Prime to their advantage