A new global campaign from Burger King's makes a virtue out of an insight that could be seen as "disappointing"—that most people can only remember one of its burgers, the Whopper.

The brand had conducted a study that revealed that 85% of people could reveal no other burgers from its menu other than the Whopper. However, instead of focusing on the negative, the brand decided to turn this insight into a global marketing campaign celebrating the strength of the Whopper name.

The campaign, by Swedish agency INGO (which was responsible for Burger King's "Moldy Whopper" together with Publicis Bucharest and David Miami), offered people on the street in London, Mexico City, Stockholm and Tokyo a $10,000 prize if they could name three Burger King burgers.

All of them singularly failed to remember anything other than the Whopper, and some came up with random wild guesses for other menu items. Some of the answers feature in outdoor and print ads. (Some other stats from the study include: only 3% could name three BK Burgers. Nobody could name four Burger King burgers. And only one out of five could name two products or more from Burger King. ) 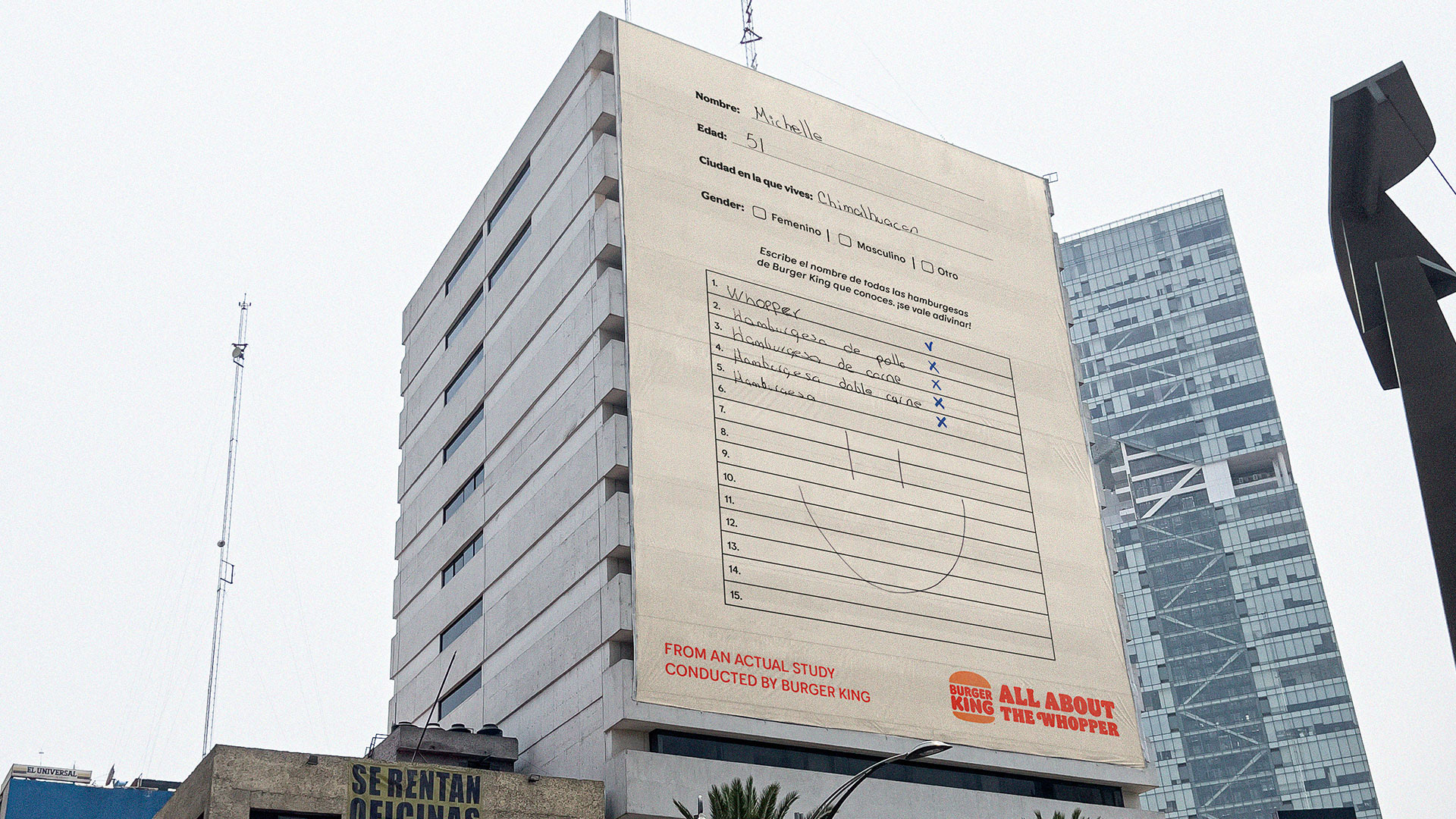 “We are more than happy that 9 out of 10 people around the world could name the Whopper,” said Iwo Zakowski, head of global brand marketing at Burger King, in a statement. “The study proves the big love people have for it—and that’s worth celebrating.” 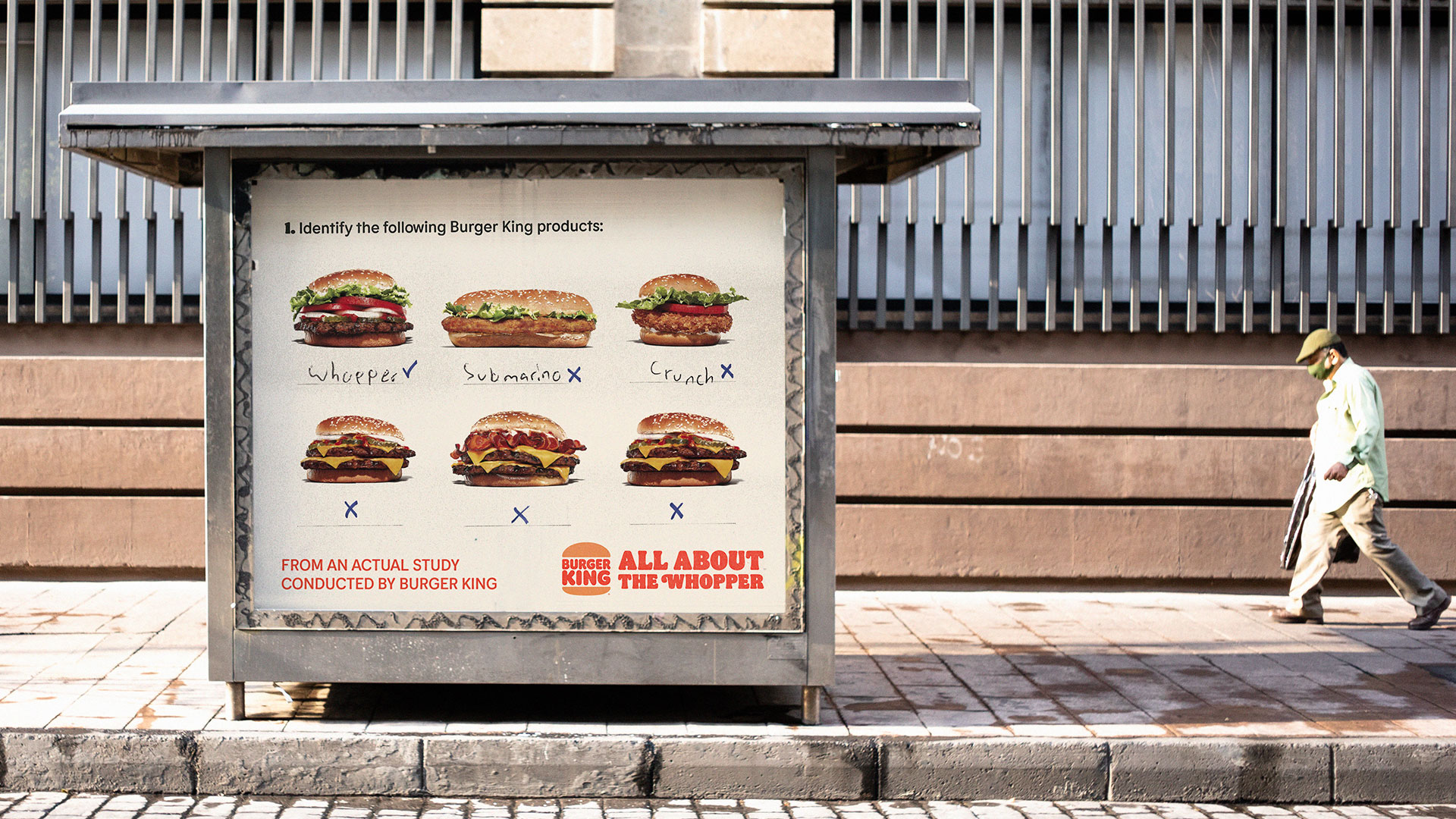