This week, Samsung tapped pop star Charli XCX to launch its new Galaxy Buds2 wireless headphones. The English performer broke out in 2012 with the hit "I Love It," a collaboration between herself and Icona Pop, and received two Grammy nominations in 2014 for her contributions to Iggy Azalea's "Fancy." Her recent hits include "Boom Clap," a remix of "Boys," which appeared in the film "Promising Young Woman."

A new social film from R/GA depicts Charli XCX against a luscious backdrop of greenery, matching the muted green tone of one set of buds. She then walks into a pool, becoming transparent herself to reflect the product’s “clear sound.” Next, she dances among explosive bolts of white lightning, expressing the product's “powerful bass” capabilities, twirls in a field of purple flowers and cacti (to demonstrate product comfort) and finally, busts a move in front of the night sky, as if under a strobe light, in a nod to Galaxy Buds2’s long-lasting battery.

R/GA utilized augmented reality technology, called volumetric capture, to immerse the singer in vibrant worlds reflecting the four colorways of the Galaxy Buds2. The method fully captures Charli XCX's form and movement live as she interacts freely, in real-time with her virtual surroundings.

The ad was released on Charli XCX’s Instagram and other social channels and features an unreleased track from the artist, called “Good Ones.” The tune was curated specifically for the spot by Premier. Each scenario in the ad was enhanced by a dedicated soundscape, like the sound of water rushing to the singer's body, lightning booming around her and flowers sprouting. 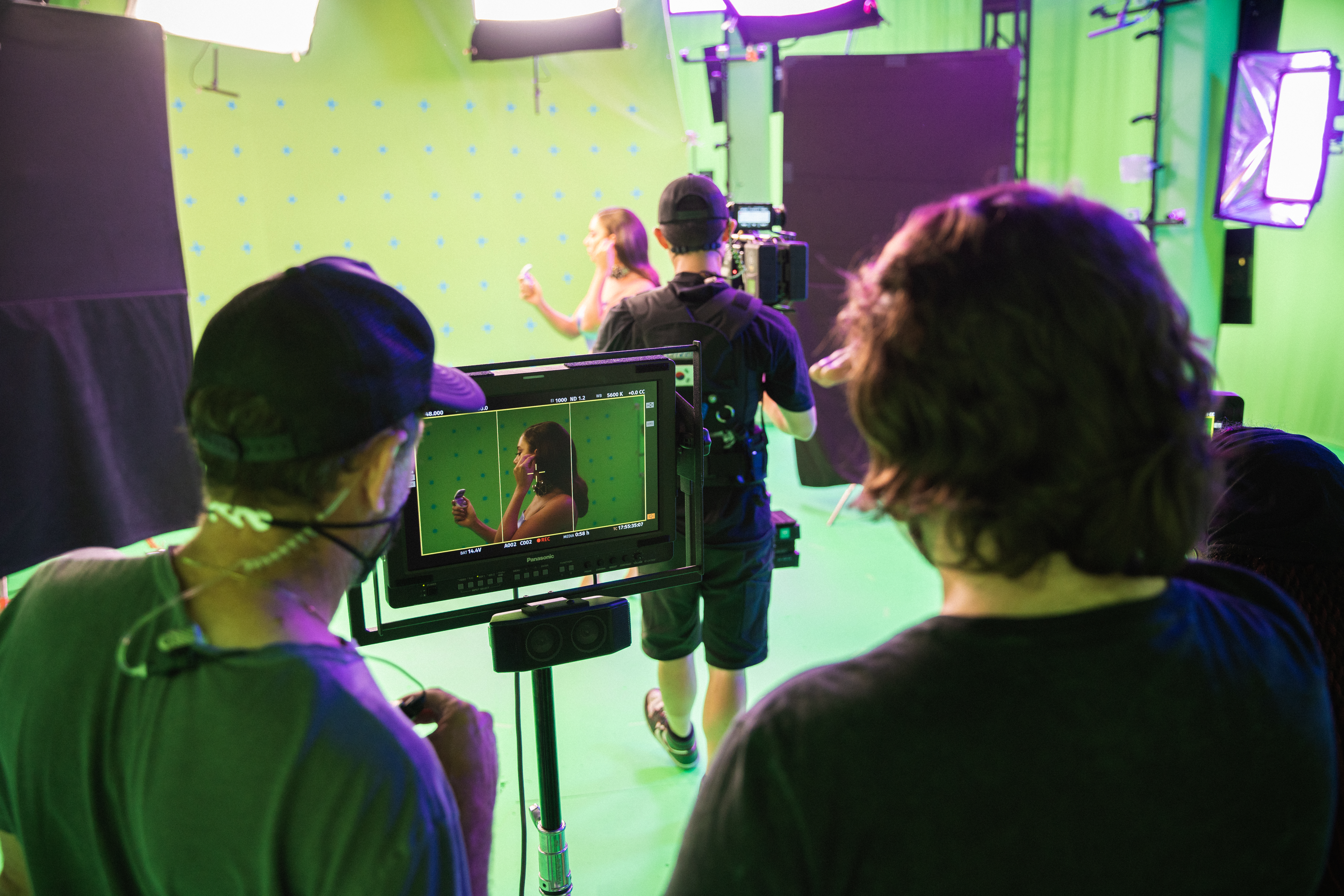 Noah Jackson, Premier’s strategy director, tells Ad Age that when he received the brief from R/GA, a frequent collaborator, the agency began tailoring their selection of potential singers specifically for the project.

“They wanted an artist to first and foremost speak to a younger, Millennial/Gen Z audience, very active on next-gen social platforms like TikTok and also had some degree of relevance and clout across a number of target markets,” he says. From there Premier applied their own filters to drum up around 10-15 candidates, favoring female or non-binary artists to “counteract the similar type of face that we're seeing across some of the music-driven comms.”

Especially compelling about Charli XCX was her immense fan-base (3.7 million on Instagram and 3.5 on Twitter). The unreleased track used in the spot was not only selected for its aural relevance to the campaign’s brief, but because the singer is known for teasing her fans with tracks she refuses to release formally.

Jackson adds that “as a strategist, it's always really exciting to see brands willing to take risks. And I think the beauty of this campaign is that Samsung is so down to not only engage with new technologies like volumetric capture, but also engage with artists." The brand, for example, has worked with K-Pop global superstars BTS, but "it's a real risk to work with somebody who's a little bit more up-and-coming, a little bit more experimental [like Charli XCX].”

"Driven by music intelligence and working closely with all stakeholders—client, artist, label and agency—we were able to integrate Charli into the activation in a way that goes beyond traditional music supervision–encompassing data-driven music strategy, rights management and partnership extensions resulting in aligning the Galaxy Buds campaign with Charli's new music release," added Premier Music Group CEO Josh Deutsch in a statement. 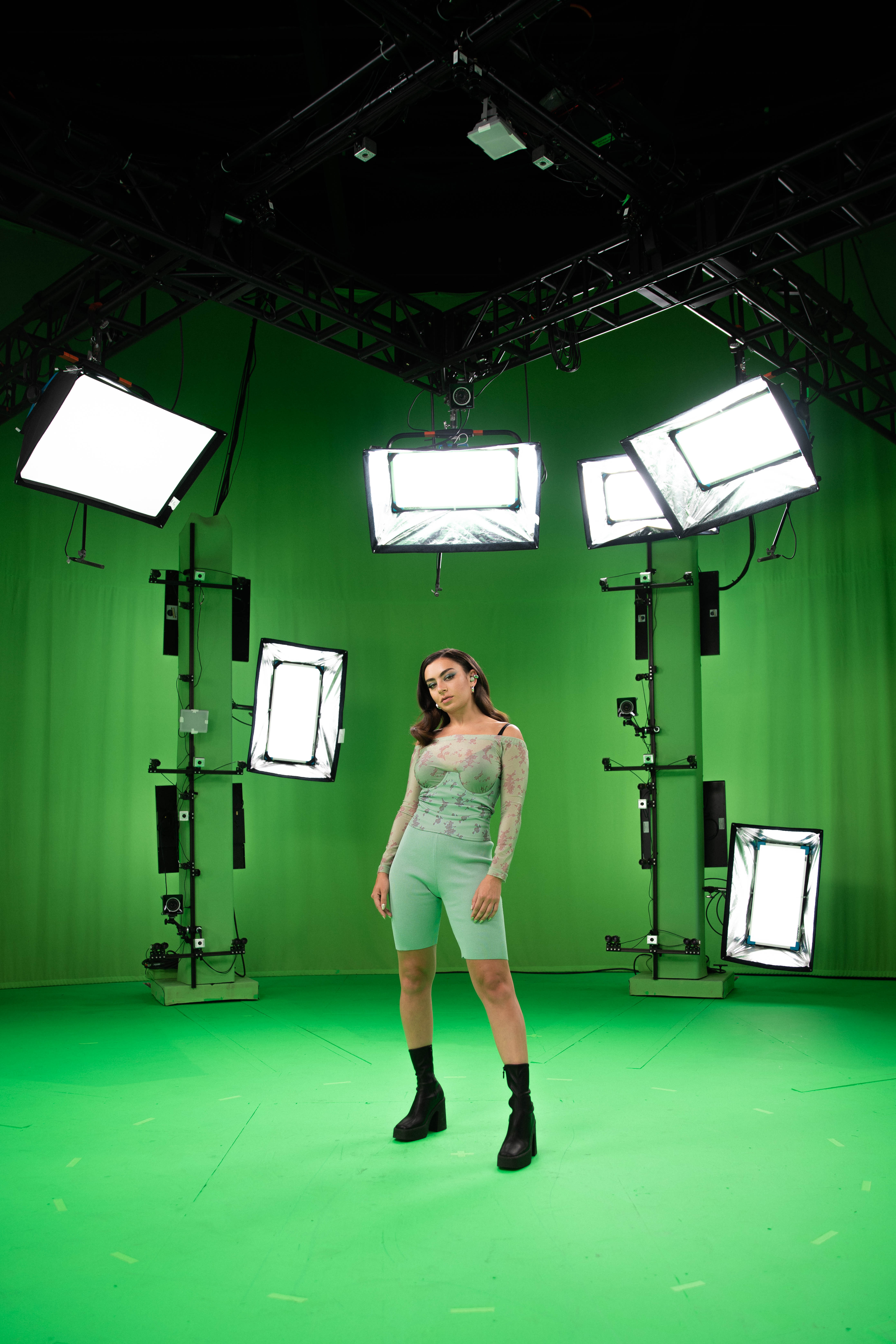