On the second day of Cannes Lions International Festival of Creativity, which for 2021 has gone virtual, the "Board of Change" campaign from FCB for the City of Chicago earned one of two Media Grand Prix awarded. The effort transformed billboards that had appeared throughout the city during social justice protests into faux voting booths. The effort was meant to encourage citizens to register to vote.

Brands, agencies and various other organizations have employed all kinds of creative strategies to encourage citizens to head to the polls.  Goodby Silverstein & Partners, for example, put the names of police brutality victims in place of candidates on election signs for Courageous Conversation Global Foundation; gun safety nonprofit Change the Ref turned to deepfake tech to create an eerie plea from a Parkland victim; crafters around the country have taken to tie dying and now, the Windy City is trying to attract voters with art.

FCB, in partnership with the City of Chicago, has created a series of eye-catching, art-covered voting booths to lure people in. But there’s depth to the dazzle—the walls of the booths were created from murals and messages that had covered storefronts during recent social justice protests. 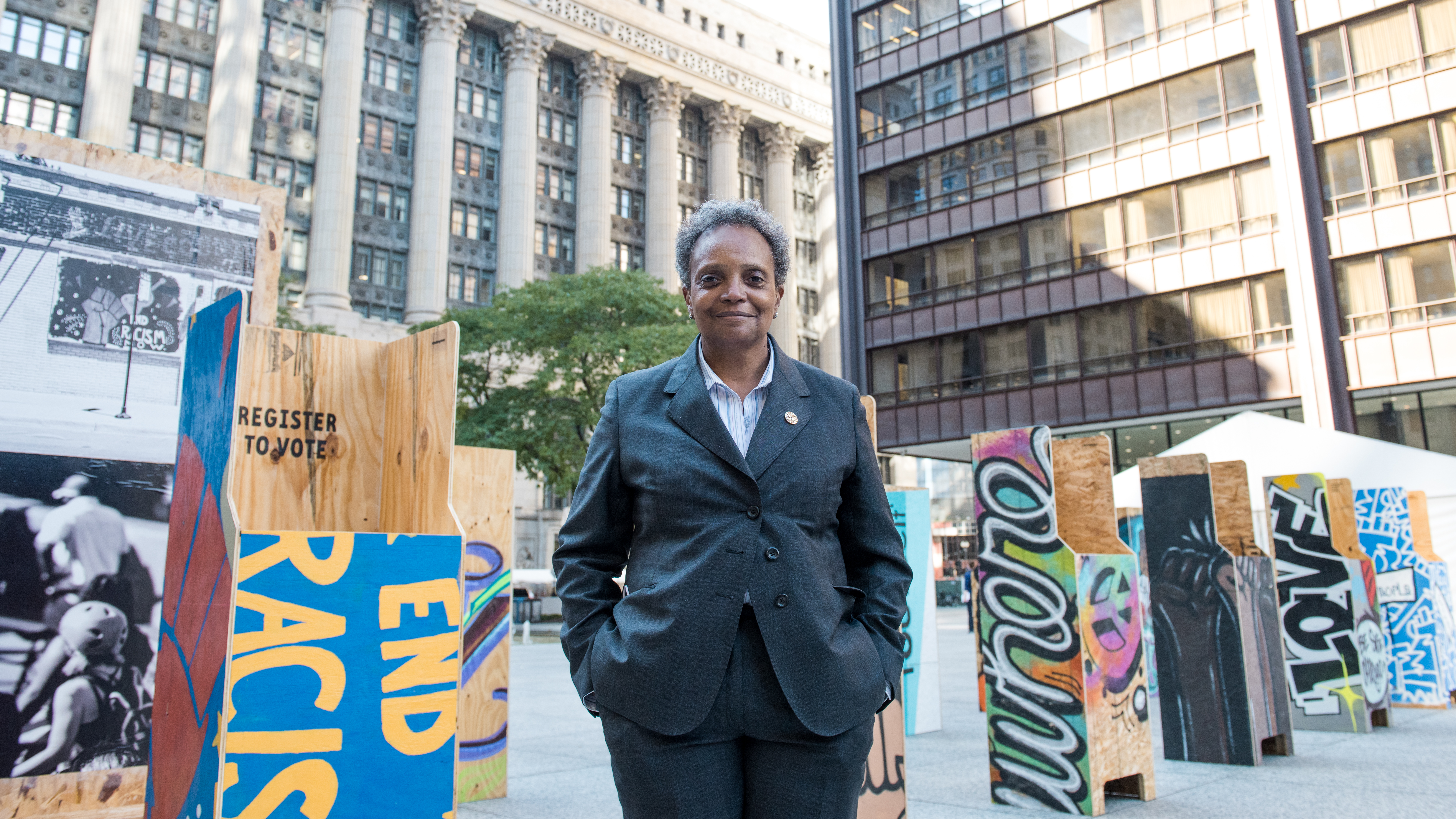 Since last week, the “Boards of Change” booths have been traveling around the city to neighborhoods with historically low voter turnout.  Each booth is equipped with a QR code that allows passersby to register on the spot, with the help of When We All Vote, the non-profit founded by former First Lady Michelle Obama. 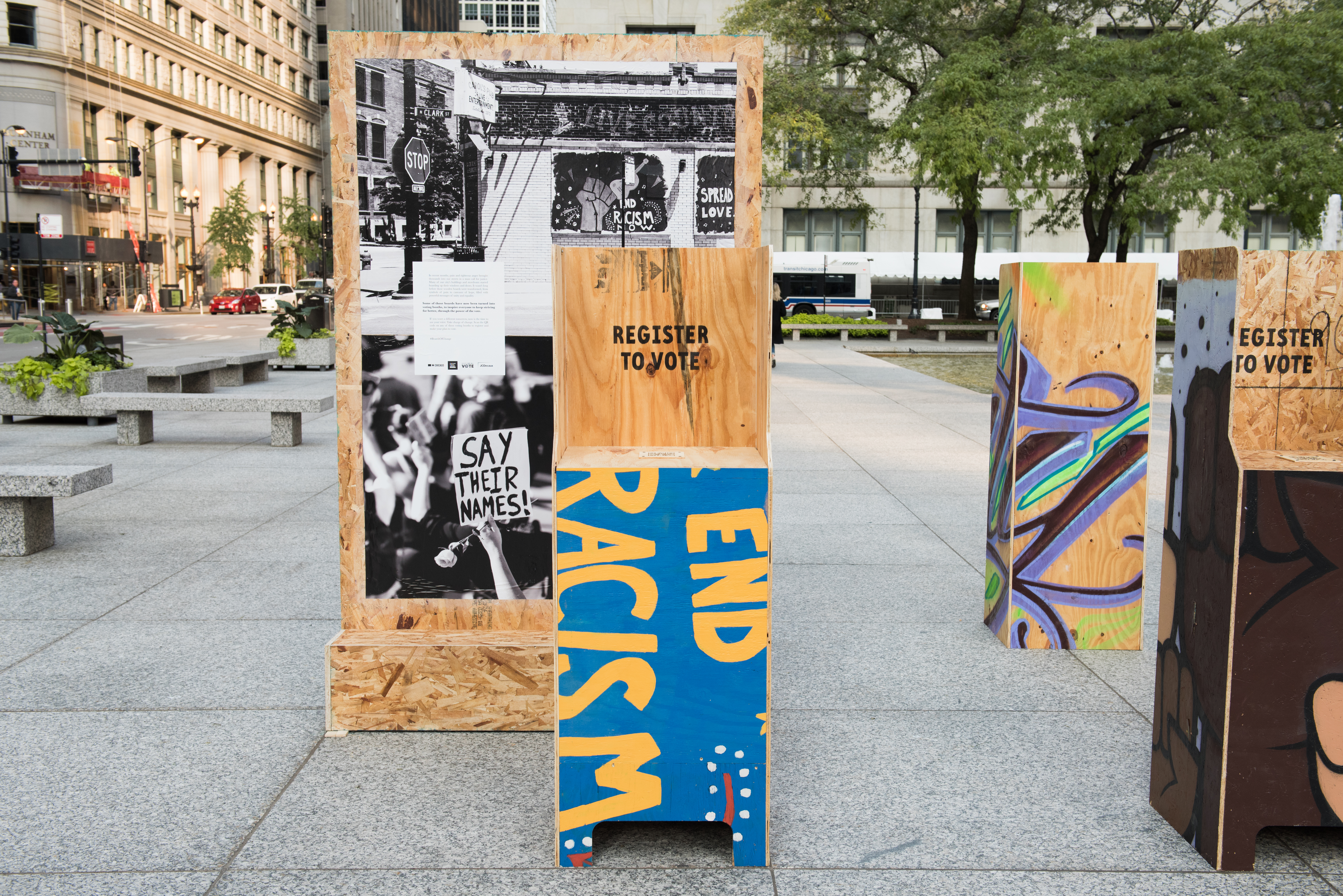 This is the second iteration of the “Boards of Change” effort which in July used gorgeous billboard art to drive participation in the 2020 U.S. Census.

“In this moment in history, it is important that we make every effort possible to contribute to change—as an agency, as a city and as an individual,” said FCB Chicago CCO Andrés Ordóñez in a statement. “We are hopeful these striking symbols of change will not only drive awareness about the power of voting, but also encourage voter registrations and participation in this year’s election.” 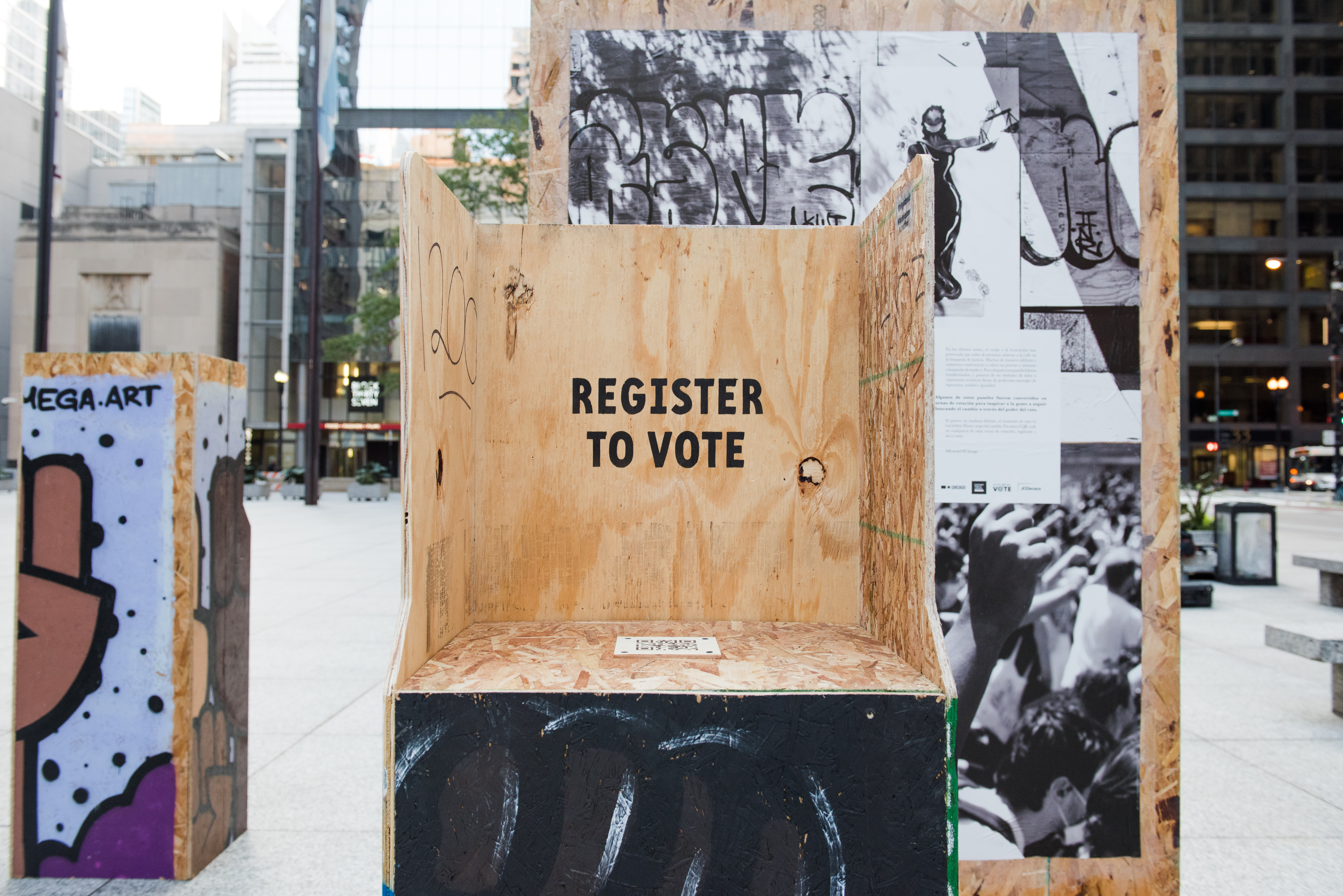 Client :
The City of Chicago