These digital billboards are designed to combat commuters' anxiety

There's more awareness than ever these days of stress and mental anxiety--but could outdoor media help to fight it?

That's the idea behind an "emotional art gallery" running on digital billboards on Stockholm's Metro system. In a bid to combat commuter stress, media owner Clear Channel Sweden developed a campaign whose images change in real time based on the emotions of passers-by, using publicly available data.

It relies on a bespoke algorithm that analyzes data within Google searches, social media, news articles and travel traffic information to interpret if people are likely to be feeing sad, anxious, tired, stressed, irritated or afraid. In response, the billboards will show  one of six original artworks created specifically to counteract negative emotions. Six artists were assigned to express a particular positive feeling, including happy, peaceful, energized, calm, loving and safe. Each one is the counterpart to a negative emotion.

"With over 250 connected screens, the Metro is an amazing arena to reach people," said Finn Wikander, chief product and innovation officer, Clear Channel Scandinavia in a statement. "However, it is an intense environment in which we would like to create more positive experiences. Since our screens reach millions of people every day, we have this unique opportunity of using our technology and infrastructure to try different ways to engage with Stockholm’s commuters, for example a new kind of art experience."

The digital art exhibition is running until March 24 on billboards throughout Stockholm’s Metro and commuter train system. An independent initiative by Clear Channel, it's carried out in parallel with the Metro’s official art program. 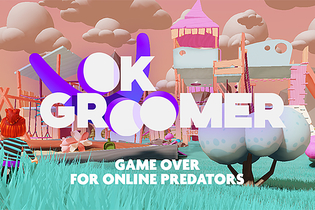 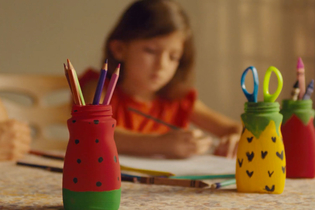