Campaign Illustrates Perils of the Road Not Taken

Priceline's latest campaign humorously illustrates the perils of not taking advantage of a great travel deal via the site, with some pretty extreme scenarios.

The ads, by BBDO New York, give us three different examples of the "road not taken" idea, a fairly common yet comedically rich vehicle in advertising (see DirecTV's celebrated "Cable Effects" campaign, for example). In the spot seen here, which will break during the Super Bowl pre-game show, a woman uses Priceline to find a way to travel to a wedding, where she meets her second cousin. She likes him, but hey, they're related. But in the alternative scenario, she doesn't go -- and meets him in a bar....

A further ad sees a couple decide not to fly to Eastern Europe to take a look at the baby they want to adopt. What's the worst that could happen? Well, they end up with a creepy grown man in the crib. In another spot, we see what could happen if you skip out on a trip to see your Grandma and she gets someone else to help her hang that mirror instead -- some guy who's going to steal her social security number.

All the spots are narrated by William Shatner (former on-screen pitchman for the brand) and use the tagline "Whatever's on the line." They were directed by O Positive's Jim Jenkins. 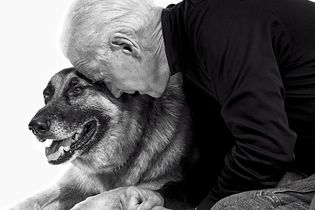 Joe Biden is the dog lovers' candidate, says this ad full of former presidents and their furry friends 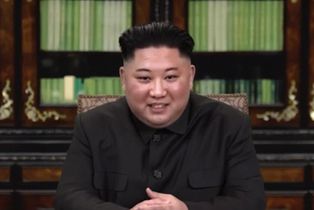