Domino's sets a goal for those bored at home: Make a film about the brand and score a year's worth of free pizza | Ad Age
Skip to main content
CREATIVITY
Sign In Register

Domino's sets a goal for those bored at home: Make a film about the brand and score a year's worth of free pizza

It's the latest DIY COVID-19 idea

Domino’s has an activity for fans stuck at home during the coronavirus pandemic: record a video featuring the brand, for bragging rights and pizza. Lots of pizza.

The leading pizza chain is introducing its Homemade Film Festival contest. The premise would work during regular times yet seems oddly fitting for the COVID-19-era. Pizza orders have soared during the pandemic, as have at-home creative pursuits.

Domino’s showcased the daughters of one of its agency’s creative directors in its “Made from Home” spot earlier this month that was shot on an iPhone, albeit with some professional help. Now, it wants fans to film and submit their own Domino’s-related home movies of 60 seconds or less. Domino’s will accept videos through Aug. 21 and voting will take place online in September.

Along with the chance to see a clip of one’s handiwork in a TV spot comes plenty of money for ordering more pizza. The grand prize is $1,560 in electronic Domino’s gift cards, the equivalent of a year’s worth of pizza, according to the chain (That’s $30 bucks per week). The second-place filmmaker gets $500 in gift cards and the third-place winner will get $200 in gift cards.

"The idea started as a half-joke in a riff session between ourselves and the client," says CPB Copywriter Dylan Cimo. "We all recognized the potential and ran with it."

Domino’s isn’t the only brand reaching out to fans for creative content during the pandemic. Doritos is pulling together 15 video clips from fans in a “Crash from Home” TV commercial that echoes its retired "Crash the Super Bowl" contest. Last week, Dollar Shave Club asked guys to share celebrations of their balls in a contest to promote a new spray. That brand, however, specifically asked people not to use their cameras.

Domino’s offered some plot suggestions including waiting for delivery, dinner conversation while eating Domino’s, contactless delivery, deciding on toppings, what to do with leftovers and how to repurpose the pizza box (which, by the way, can be recycled). 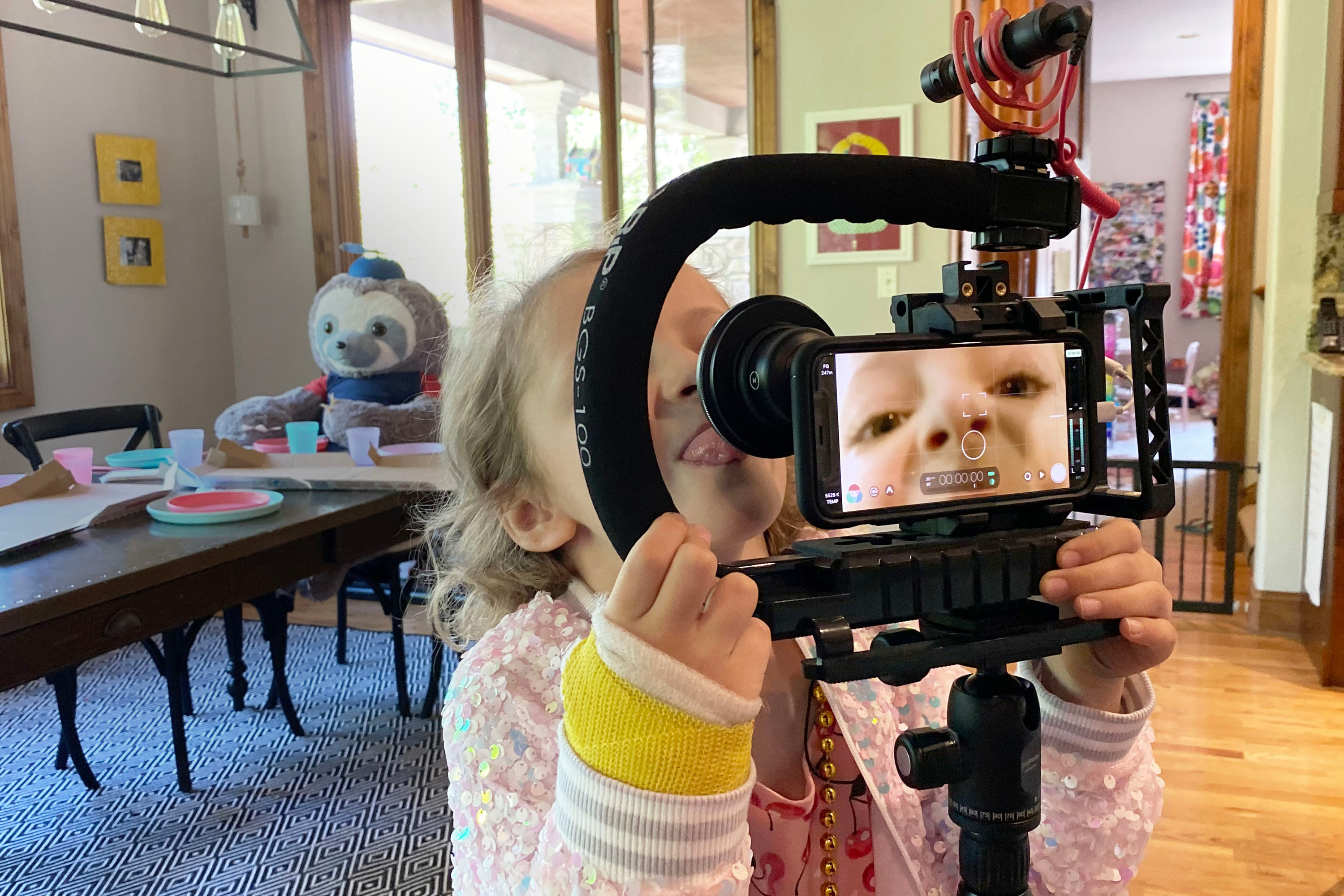 The “Made from Home” spot stars Audrey (above), Charlotte and Lilly, the three daughters of D’Arcy O’Neill, who is creative director at Domino’s agency CPB.

The spot has an at-home feel, but there was behind-the-scenes help from a smaller-than-usual commercial crew, as Lilly explains in a making-of video.

This is not Domino's first crowd-sourced effort. In 2015, it introduced the DXP, a pizza delivery vehicle inspired in part by ideas in an online competition.

Domino's: Domino’s promotes carside delivery with DraftKings and a zoo