Excited to devour the new seasons of “American Horror Story”? Now you can—literally.

To promote the new anthology series, "American Horror Stories," as well as the tenth installment of the original show, "American Horror Story: Double Feature," FX teamed with NVE Experience Agency and Funny Face Bakery to create a creepy food and sensory experience in New York City and Los Angeles (and a surprise city to be announced soon).

The "Night Bites Bakery" kicked off in NYC's Meatpacking District this week. The terrifyingly slick and 'grammable pop-up welcomes visitors with a provocative greeting—“Say goodnight with a bite.” Inside, the atmosphere is equal parts chic and sinister with blacked out walls and flooring that reflects the many glowing red neon lights. 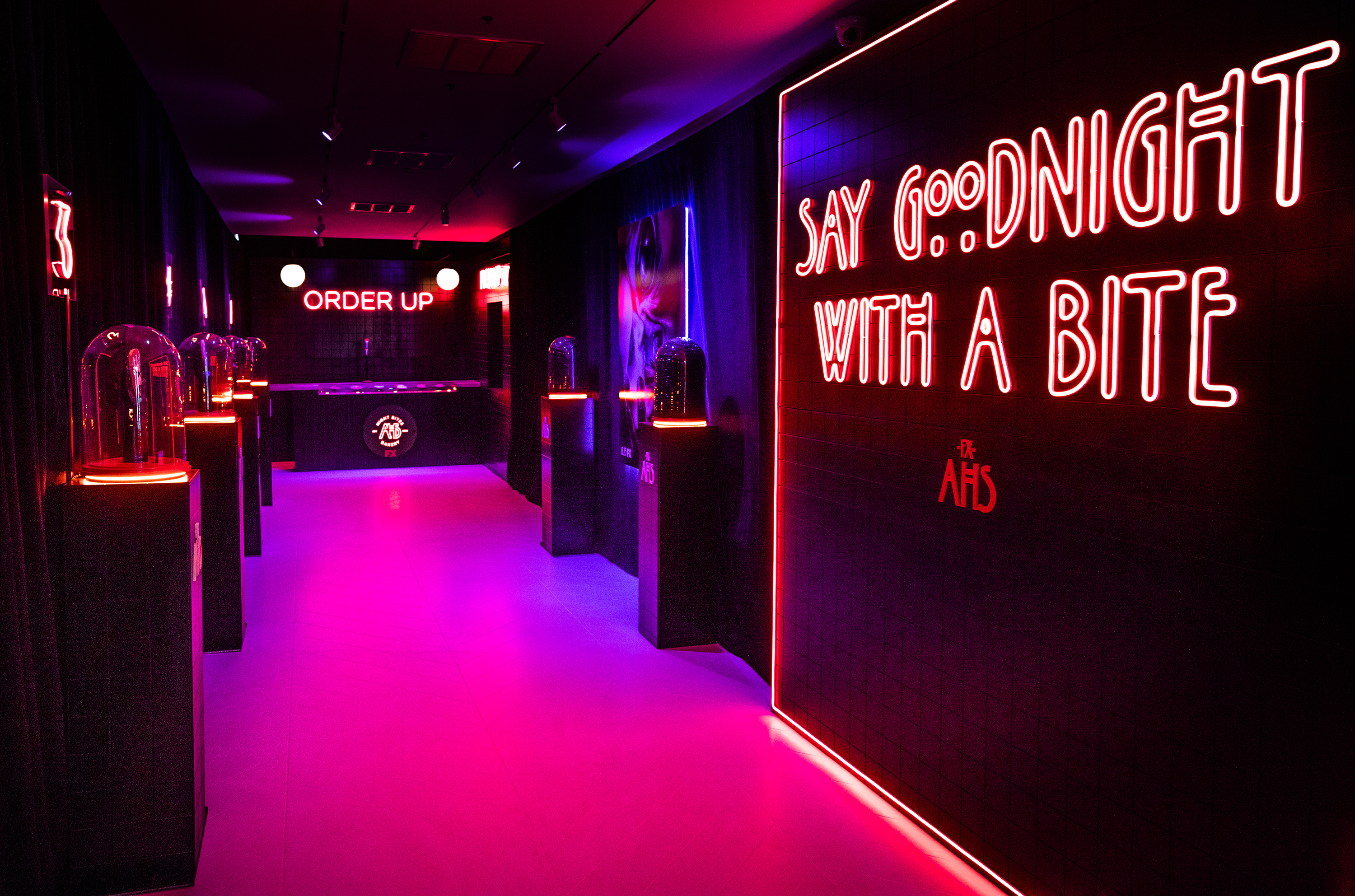 A cast of intimidating attendants, decked out in stylized ‘50s dinerwear, whisper lines such as “the baker already knows what you want.” The show’s dissonant theme song booms throughout. 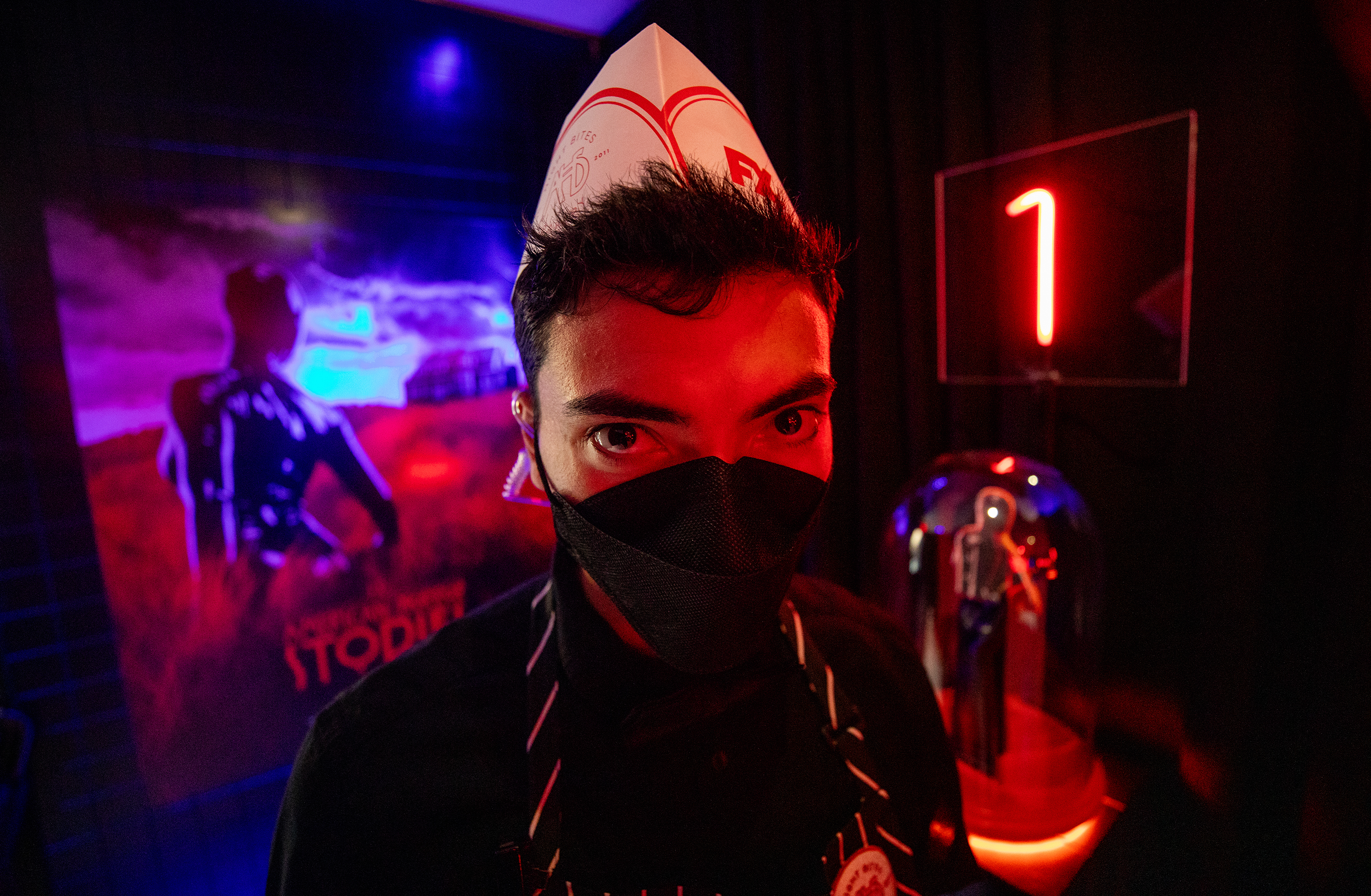 The stars of the experience are intricately decorated shortbread cookies adorned with designs representing the show’s most popular seasons including “Asylum,” “Freak Show” and “Hotel,” as well as a few for the franchise’s new installments (The “American Horror Stories" anthology is currently streaming on Hulu, while “Double Feature” premieres August 25 on FX). New cookie designs will be unveiled throughout the duration of the event. 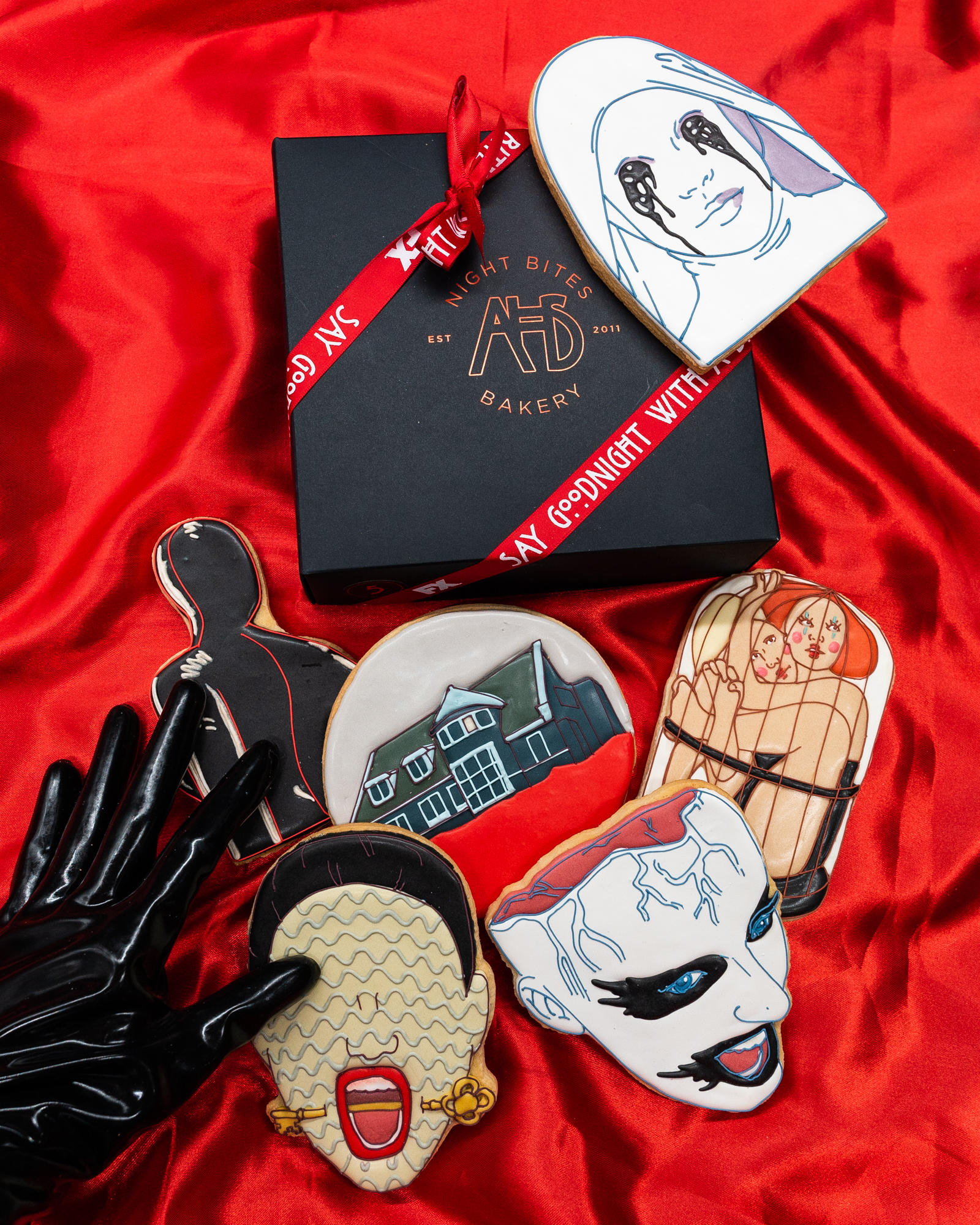 Look out for the show’s horrific Rubber Woman character at the pick up window! 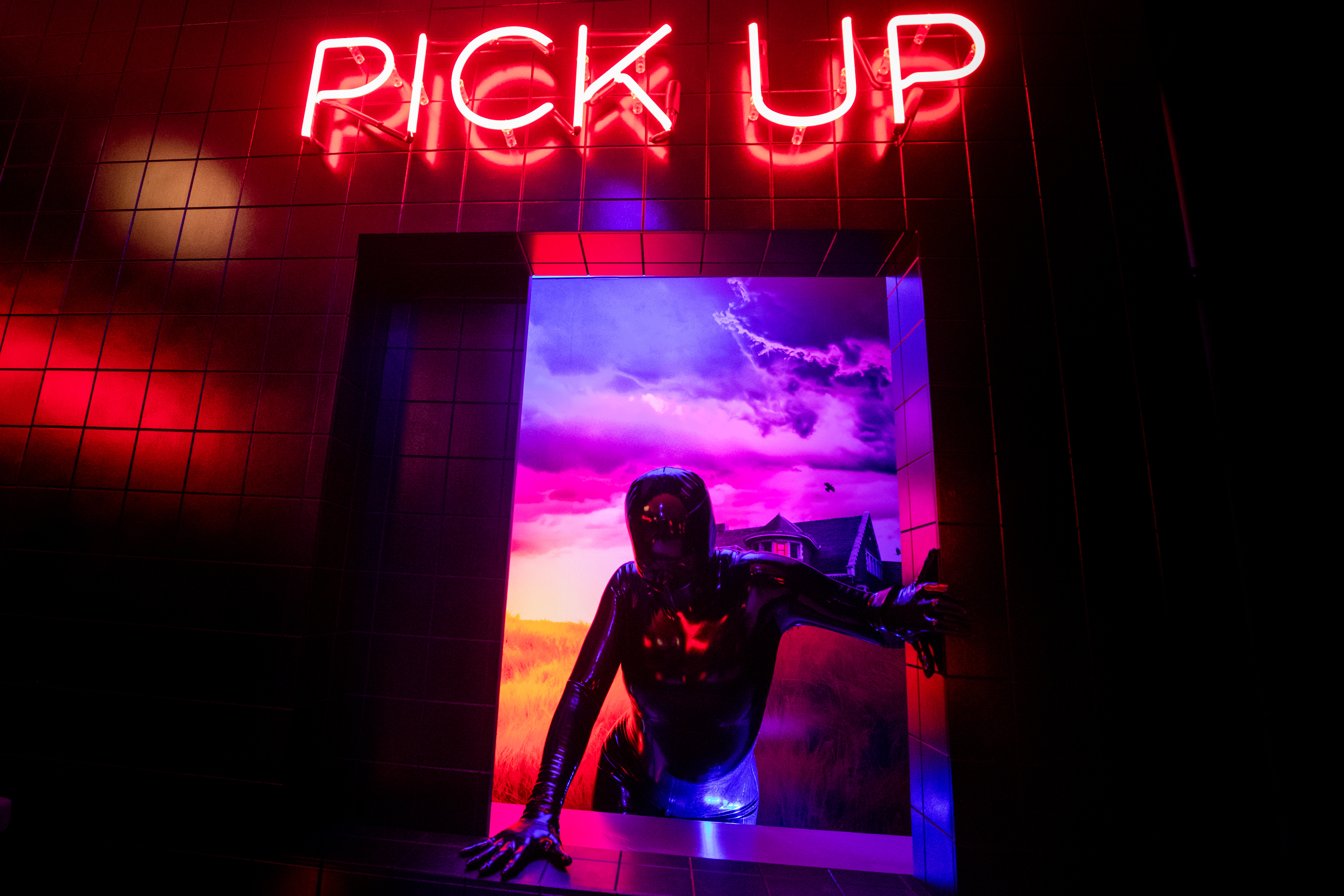 Credit for above photos: Lauren Cowart, courtesy of FX

Reservations for the 18+ experience can be made on Eventbrite (keep an eye out for upcoming availability) and cookies will be available to order soon at the bakery’s website. The "Night Bites Bakery" will be in New York City through July 24 and Los Angeles August 4-14.

FX: Every Episode of 'The Simpsons' Ever, on One Customizable Website? Cowabunga!