ESPN may be a leading voice in the sports world, but it’s certainly an unexpected presence in the culinary arts. Now, you can sprinkle a little football spice on your favorite game grub with ESPN’s “Postseasoning.”

In celebration of the NFL postseason and in anticipation of the Super Bowl, ESPN announced a custom spice blend to top off tailgate favorites. The official game-day spice features salt, onion, gochugaru, garlic, paprika, black pepper, and cayenne to add extra fire to playoff festivities. The “Postseasoning” label clearly disclaims, “thankfully not responsible for tongues unequipped to handle the heat.” 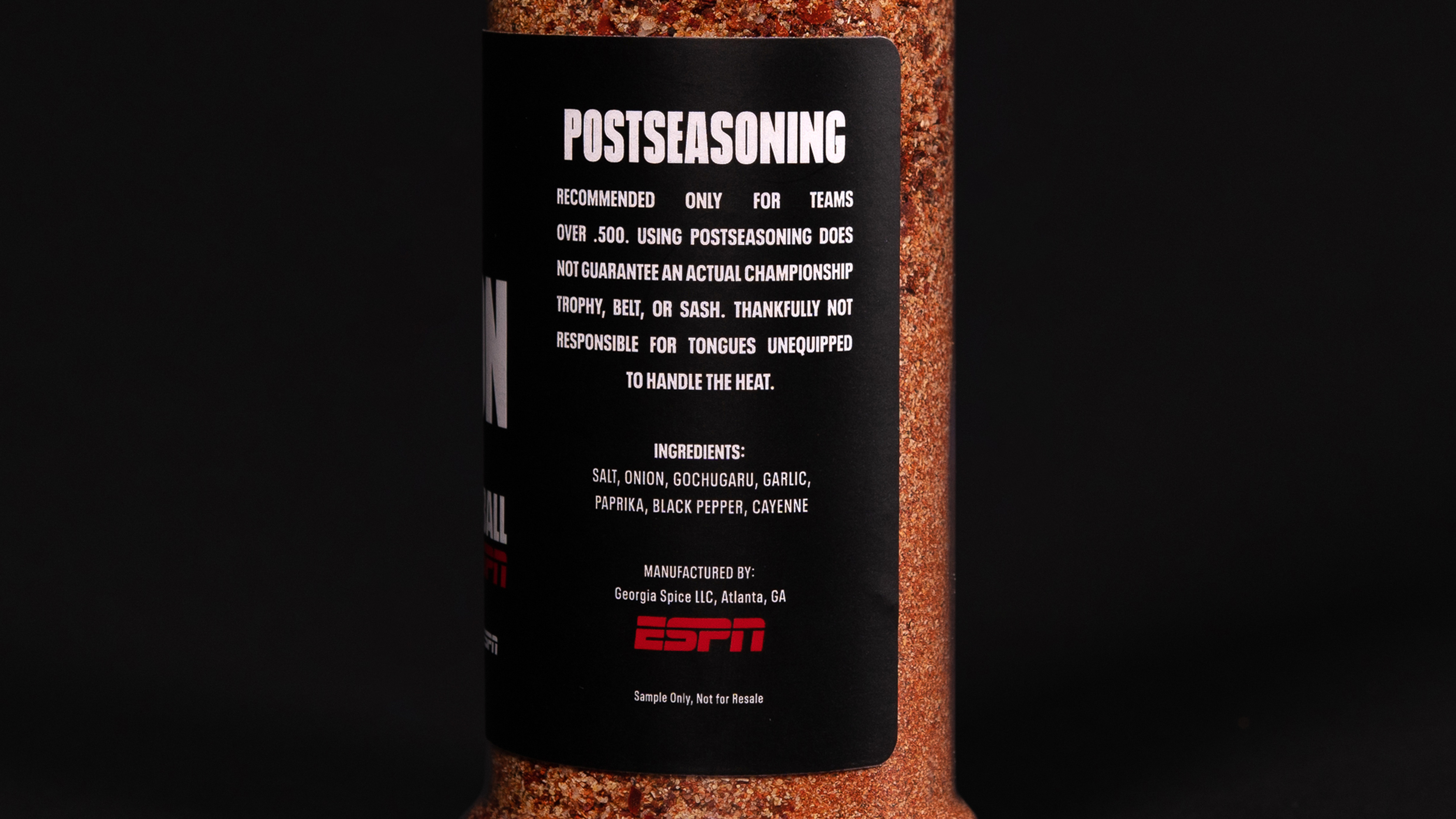 A video ad for “Postseasoning” states that the spice “elevates any dish to match the intensity of the postseason.” The spot suggests it as a topper for brisket, mac and cheese and, questionably, cereal. It even shows “Postseasoning” as an alternative filling for a zen garden. “Celebrate every touchdown,” advises the ad, “with a mouth touchdown.”

“Serving fans is what drives us, and ‘Postseasoning’ is an unexpected, but truthful way to tap into our mission,” said Curtis Friends, senior director of sports marketing at ESPN, in a statement. “The football postseason is when everything is elevated, so it made sense for ESPN to help people elevate their fandom in one of its most powerful expressions: food.”

ESPN’s limited line of 10,000 “Postseasoning” bottles won’t be for sale, but will be distributed at postseason games throughout the rest of the football calendar year, including the College Football Playoff National Championship in Indianapolis.

The “Postseasoning” campaign, created with agency Arts & Letters Creative Co., will also feature custom “Postseasoning” boxes sent to select football superfans across the country as well as recipes and spice tips from award-winning pitmaster Rodney Scott on the campaign’s website. 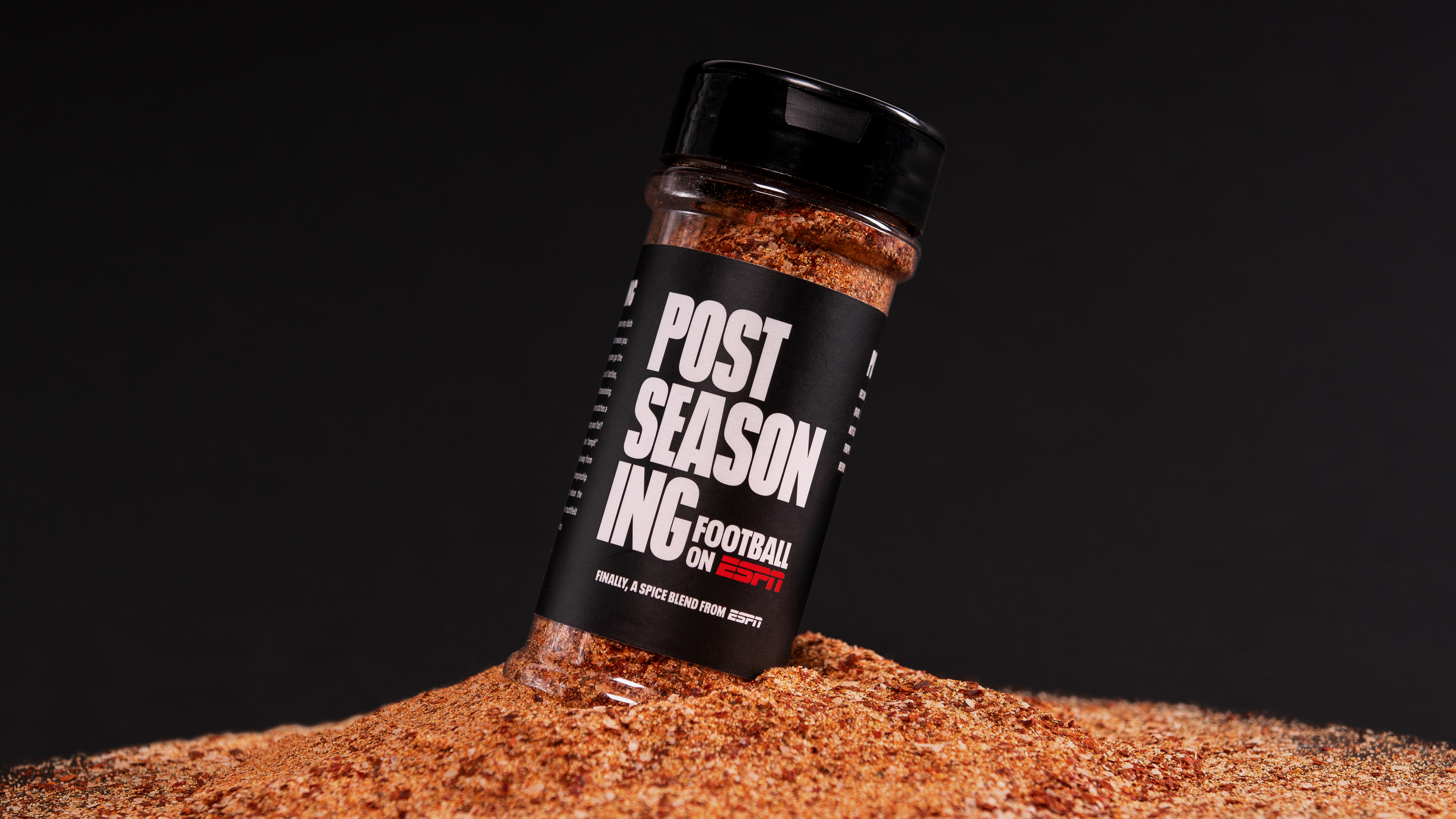